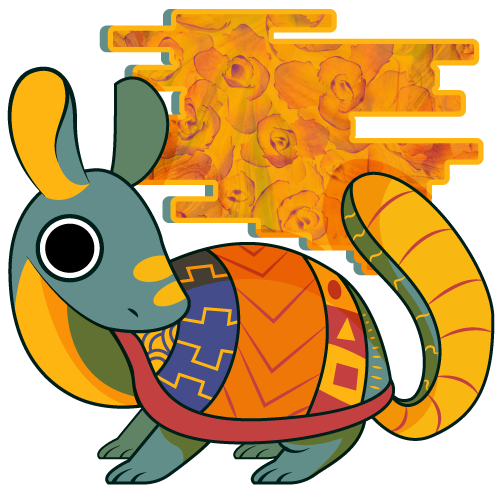 “Multifunctional and always on time, that's what the perfect G-class is like. This creature is the symbol of an ideal employee, and if you pick it, you will be its understudy. Just don't mimic the whole chanting around sleeping people thing, that part is just creepy.” — Notail's guide to picking a starter

Attack Method: If attacked the arise will hide within its shell if it cannot locate another creature who may assist it. If it can the arise will run to that creature and warn them of nearby danger so that they'll scare them off.

The arise is a colorful armadillo-like creature with a turtle shell and long tail. To the untrained eye, the arise appear to be painted statues. They use this to their advantage by holding still to avoid predators smart enough to know the difference between the living and objects. If they absolutely cannot avoid trouble, they will tuck into their shells and attempt to wait out the danger. They have flaps at each of the openings, allowing them to make their own personal sealed fortress.

Arises have an air-filled pouch with allows them to float in water. Young notails hop on their backs to get across bodies of water. Arises aren't amazing swimmers and prefer drifting on soft currents, but if the water is still, they can use their long flat tails to paddle their way through the waters clumsily. Notails are recommended to make their own paddles for quicker travel.

Every arise is different; finding two who even look similar enough to be confused for each other is a feat. As long as the color is bright and unnatural, the arise comes in it. Most arises are a combination of colors and patterns, but the mono-colored one is seen occasionally. The rarest type of arise is one of natural colors. So few exist that they fetch a high price on the market. Arise breeders are always hoping to hatch either an arise with elegant patterns or a natural colored one. Due to arise patterns and colors depending very little on genetics there are many beginners in the hobby who are only looking to strike it rich as a rare arise is a staple in zoos.

Unfortunately, this sort of uncaring ownership has led to unwanted arises being dumped on many planets, where they repopulate and bewilder an unsuspecting population with their colors and talents.

Arises do not sleep. Their eyes are constantly open, and when they need to blink they will only blink one eye at a time as if scared to miss a single moment. Their behavior is often associated with people who have been up for days at a time because of how unusual it is. They slowly waddle their way around nearly any landscape they find themselves in groups of five to ten. Arises seem mindless in their travel, and sure enough, many tracking data confirm that other than their aversion to extreme cold their paths are random.

When an arise gets separated from their group they will seek out other creatures to follow, which is likely what lead to its initial domestication. Most animals seem relatively docile to the arise, either taking it as not a threat or not a meal. It's possible that arises can use their psychic powers to "tame" animals, or at the very least see them as not a food item.

When anything sleeps while an arise is around the arise appears in the dream of the subject and gives them what is described as a lucid dream filled with many trippy colors and subject matters. The landscape in the dream is vast and detailed, and amazingly no two arises create the same dreamscape, though they may share many similarities. The dreamscape changes over time, such as an arise seeing a building for the first time and being so interested in it that it gets put all over the dreamscape.

Anyone who has their mind touched by the arise and their dreamscape will feel more calm and more loving towards the arise. The arise while changing their dreaming world will also give them a nice, deep, uninterrupted sleep. They do this while pacing around the subject endlessly in a perfect circle. When it is time to wake up the arise without missing a beat will start chanting "arise," which is where its name comes from. This situation is something many owners have to get used to.

It appears arises do not know the difference between a sleeping and dead person. If an arise comes across a deceased subject in the morning, regardless if they knew them beforehand, they will pace around for hours on end chanting until nightfall. This chanting session goes on for days when it's a family member or longtime friend of the arise who has gotten profoundly sick or died. When an arise has finally come to terms with the condition of their companion it finally stops its circling and chanting just to stare. It will say "arise" one last time before turning and leaving.

Arises have been reported to come back to gravesites of their closest companions to circle it a few times chanting in an attempt to get them to wake up even years after their death.

Arises are given to General-class notail children due to their usefulness as a shield, flotation device, alarm clock, and warning system. They are also extremely loyal, an example of what notails want their G-classes to grow up to be. Loyal, on time, always willing to rat out anyone causing issues, and a group ready to protect themselves by laying down and letting those who are stronger than them take over in crisis.

The best way to start that is with a good night rest.

Mix & Match: While arises are a reasonably stable species genetically like most fauna declared a capture creature, some are still born with heavy mutations. Some of these have gone on to make their own stable lines of arises, but none of them have high populations like the main arise line. These arises tend to keep their shell and bright coloring while having a different head, leg, and tail types. These differences seem to cause no change on their behavior, and other arises are happy to walk in circles chanting with them.

Dreamscape: Arises carry with them a personal dreamscape they create themselves over time. When an arise encounters a sleeping person, they will use their psychic powers to put this dreamscape in the mind of the person so they can safely interact with the sleeping person. The dreamer will not wake up until the arise says "arise," leaves the area, or they are shaken vigorously. Should the arise spot any danger, the arise will wake up the sleeper right away. Many dreamers love their lucid dreams and the uninterrupted sleep.

• Despite being a mammal, arises lay eggs. All the arises in a group lay their eggs in the same area, and they take turns patrolling the nests while chanting for the eggs to rise. Many beginner arise breeders have learned the hard way that if the eggs are not chanted at around their hatching day they will simply not hatch and suffocate within their leathery shells.

• While arises typically wander at random, arises do have a sense of direction and in fact, arises who have gotten lost from their owners may go wandering the planet for years before making a sudden beeline back to their homes. This confirms the phrase "an arise never forgets" as partially true. Whether the next part of that phrase "and an arise never forgives" is true or not depends on who one asks.

• Arises may accidentally kill nocturnal creatures as arises put subjects to sleep at night. This action can profoundly affect the fauna's ability to function, typically leading to starvation or, ironically, exhaustion.

• Surprisingly none of the looks or habits of the arises were bred or mutated into them. Arises have never been changed from their origins in the wild except to remove their pain sensors as is typical of capture creatures. How arises have evolved such strange sleep-related habits is unclear. 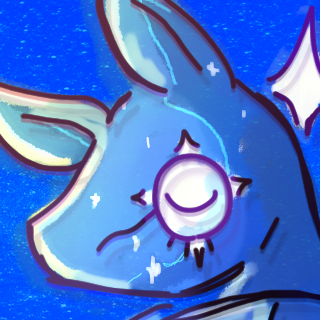 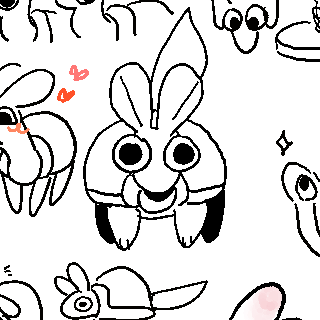 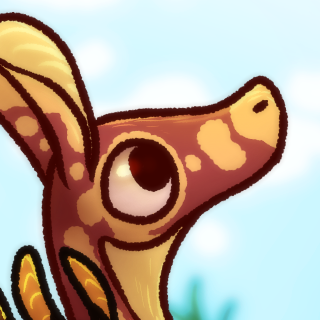