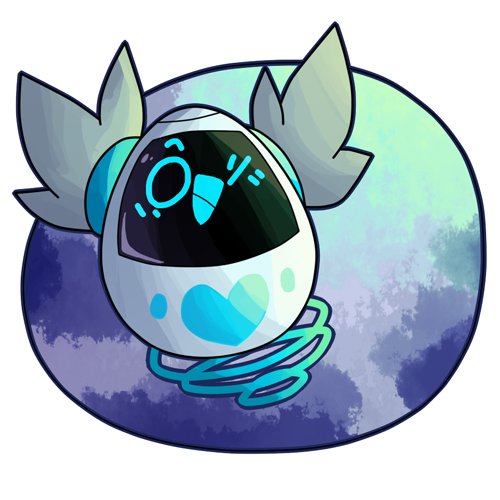 “Not enough time to sit on your egg? Let Opis handle it!” — Tv Ad

Likes: Babies of any species or fauna, Arts and crafts, Stuffed animals
Dislikes: Mean spirited people, Clumsiness, Extremely loud music
Attack Method: Rarely attacks, however can be rather vicious when something they're protecting is at stake, and will bash their heavily armored body against the offender.

The most common form of Opis ship is known as "The Mothership". Very large in comparison to the actual robot, Opis ships have a built in nursery in the very center of it. The ship's exterior is very tough and durable but makes it incredibly heavily weighted.

[Shy] Neutral trait
This character may not talk much, may talk quietly, or be nervous around unfamiliar people.
[Affectionate] Neutral trait
This character cares nothing more then to watch out for and take care of other characters. They commonly end up the "parent" of most group and do their best to keep everyone in high spirits. Sadly some characters may not enjoy this at all or this character might mismanage their own personal time due to caring for others.
[Calming Presence] Positive trait
This character has an effect on other characters ranging from calming the aggressive and adversarial drives of other organic beings, producing a slight euphoric feeling, producing a sense of trust, or slight sedation. This works on organic beings only; [Lodestone] applies to mechanical beings.
[Cute] Positive trait
Aww, well aren't you just precious! People are easily endeared to this character with their puppy-like look. Their presence is often additionally capable of increasing morale for the crew, assuming they like sweet things.
[Protective] Positive trait
This character is likely to know when things are going wrong with anyone they're protecting / anyone on their team. A protective character will defend them whenever possible. Endurance obtains a slight raise when the protective trait is active.
[Naive] Negative trait
This character is commonly unable to tell when an event is fishy and commonly trusts whoever they talk to. Lies are harder to notice for this character and they can be easily tricked or drawn into a trap.
[Soft Boiled] Negative trait
This character is easily moved when they see somebody down on their luck. While this character may end up making some friends this way, they will end up helping others even if they can't afford it. This character suffers severe morale losses when made to be "mean", but doesn't feel any obligation to be nice to villainous people.
[Incubator] Ability trait
When in effect, the time it takes for eggs to hatch will only take a quarter of the time that it would normally take. Small eggs may be hatched in pairs, large eggs must be hatched one at a time.

The common Opis unit is a egg shaped robot with a screen to display their face. They have a small variety of buttons just below their screen, two wing-like appendages, and a compartment on top of their heads that is meant to hold an egg for incubation. This compartment can only hold eggs that are smaller than the Opis, but they are still able to incubate and care for eggs larger than the robot. Opis units can hover about a foot off the ground, but also come with four, short leg appendages with soft padded feet and claws. The shell of an Opis is extremely durable, and are known to be able to deflect bullets, survive falls from extreme heights, or withstand extreme pressure.

Opis units are warm to the touch, but never too hot.

Opis units are very gentle and careful. Their most defining character trait is their motherly nature, not only towards children and babies but towards those they have bonded with. They do their best to tend to the ones they love, even putting them selves in the line of danger if it means protecting others. Opis units are also very trusting, to a fault. They believe in not judging a book by it's cover, and gives everyone a chance before deciding that they're not not to be trusted.

Opis will gladly follow around their current owner through their day to day lives and are happy to help wherever they can. When an Opis has an egg to hatch they will stay only in the confines of the home or ship they live in. Opis units are highly protective of the eggs they carry and thus will avoid doing any tasks that has even the slightest chance of causing a fall that could break the eggs, even going against the order of the owner. When carrying eggs many Opis units become what people call "broody", meaning they are suspicious of new people, shoo away people who act too rowdy, and avoid places that are too busy.

Though, even when in a broody state they are highly welcoming of people who they deeply trust.

The main function of an Opis is to incubate eggs. Originally developed by embryologists, Opis units cut the time of hatching eggs by a quarter of the time as it would naturally take. The higher the generation of Opis the larger their shells are, the highest gens being hatcheries to mass produce newborns. Low generation Opis units are not very good mass production but make great nannies, and are often employed to look after young children, as such Opis do wonderfully in personal home situations.

Cronus: Opis hates Cronus. She hates what he does when he spots a child, and she will do all in her power to protect children from being mauled to death by him. Most of all she hates his manipulative tone of voice as he insults people and attempts to get them to give him children they're protecting against their better judgement.

Saturn: Saturn and Opis dumped their ex-lovers, Lua and Consus, respectively, for each other. They both enjoy how much they have in common, especially their love of taking care of others. While they disagree on specific issues, especially those involving Jupiter and his rule, they will set their differences aside to support the other.

Mors: Opis is easy manipulated by Mors and she hates it. One look in to Mors puppy dog eyes and she melts, but she knows better than to listen to him, and thus attempts to stay away no matter how much she wishes to help something that appears to look like a lost child.

Somnus: Opis quite likes Somnus when he's not around Mors. Somnus is great a watching and playing with children, as well as making sure they are not harmed. Opis just wished that Somnus would at least attempt to act excited about it for once. Opis just doesn't fully understand why Somnus is constantly a stick in the mud.

Mercury: While normally acting like a brat, when around Opis Mercury attempts to not pull his normal tricks, for fear of having his wings pulled as Opis drags him away while ranting about his rude actions.

Jupiter, Neptune and Pluto: Opis lovingly treats the three giant robots like her children. Normally the three bots take heed in what she says, and sometimes are scared off by her in the rare times she raises her voice at them.

Every universe Opis helps balance the generation of species and thus their population. She writes detailed plans of how many species should generate at the start of the universe to make sure things will be perfectly balanced later on. If she is killed species may slowly create too many of themselves, or too little, and as such populations will slip from normal range. The main issue is that when the new universe comes in to being, if one hasn't given someone else the job of write species generation, the generation of species will be random, causing some species to go automatically extinct, and some to completely overwhelm others with their numbers.

As a patron Opis will baby sit crew members and ships you're not paying attention to. No longer will a player have to constantly check back and forth worried of an attack while they are not looking, for Opis will sound an alarm and tell the player if there's anything she cannot handle. At max friendship she will be able to take care of your characters while they do larger tasks that aren't protecting the ship and relaxing. She will be able to send them out to do small quests and come back with the reward.

Godheads of Opis are given a pair of wings that float just inches off their backs, and have a softly glowing heart on their chest. When given godhead status, even the most brutish of people are suddenly docile, more willing to listen and care for other's needs. Their endurance is increased to 10, and will gain the trait [Mama Bear], which gives their strength stat a small boost when any of their loved ones are in danger.

• When an Opis unit finds an abandoned egg they stay by and look for the parent. If the parent cannot be found, and the Opis is currently not carrying any eggs, the Opis unit will incubate the egg while spending a bit more time looking for the owner. If finally the owner cannot be found the second time the Opis looks for them, the Opis will take the egg home to keep.

• Opis units become extremely attached to the children they take care of, and cannot stand to see any of them abused. If any child is attacked an Opis will get in the way and defend them. If an Opis can they will attempt to figure out how to take the child away from the situation and to a more secure one. 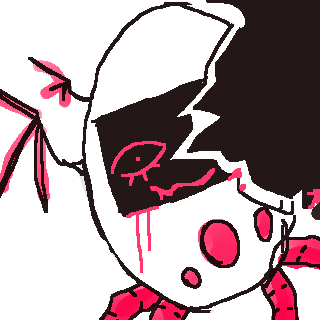