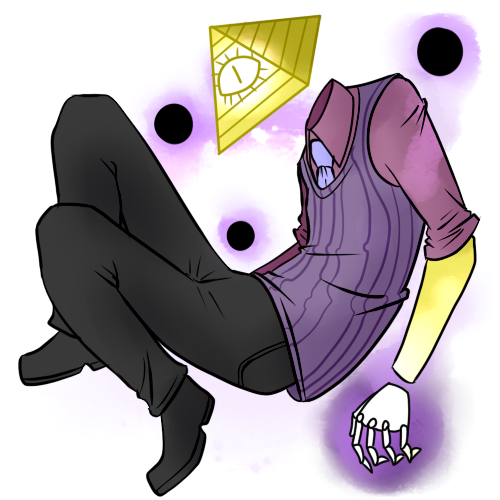 Attack Method: Not prone to fighting, will only fight back when forced to or in self defense through multiple psychic abilities.

Tegyps have no set limbo god religion, choosing instead to worship a multitude of the "Eldritch" gods.

Tegyps are a humanoid alien species that appear, for the most part, fairly plain aside from one or two strange qualities. Tegyps do not have hands or heads connected to their body in any way, instead their arms end at the wrist with their hand floating in the position a normal hand would be, this also applies to the neck and head of the tegyp. The neck of a tegyp ends around half way up, with a pyramid shaped head floating above the neck "stump". This pyramid shaped head has no mouth, and has a stone-like surface with a single eye in the center of the main face.

This is the most common appearance of a tegyp, however some tegyps may in fact have multiple eyes, on multiple faces of the pyramid, although it is most common that the "dominant" eye, so to speak, is much larger and serves as the main "face" of the pyramid head. This is mostly done as a courtesy to other species in order to avoid awkward events in which a tegyp may not appear to be paying attention due to their multi-directional view.

The personality of a tegyp can be described as...eccentric, strange, or even nonsensical depending on who you ask. Tegyps will occasionally speak in riddles or in puzzles on a whim, whether it makes any sense to the conversation or not, other times tegyps have been known not to speak at all, but instead to scream or use interpretive dance to convey their emotions. This all boils down to the particular tegyp's personality, but it is a common trait for a tegyp to speak in strange ways, tegyps are no stranger to their own quirks however and will speak "normally" if asked to.

Tegyps have difficulty with tact in social situations, the thought process of a tegyp tends to gloss over small problems and issues that would occur in other species, for example: a tegyp may not have any reaction to news of or the witnessing of a death. This is in part due to the naturally strange and dangerous nature of their home planet. It is for this reason as well, that tegyps are typically described as being "Not sane, but not insane". Tegyps have no sanity level, and it is very difficult to lower the morale of a tegyp.

While tegyps are indeed eccentric and strange in personality, they are in fact quite polite and easy to get along with, tegyps, for the most part, pride themselves on being polite punctual and approachable. This is due in part to the fact that tegyps do not typically have the same triggers of emotional response that other species have, or at least not ones of the same sensitivity. There is one common occurrence that leads to a tegyp becoming visibly annoyed, and that is the tourist species. Due to their strange nature, tourists often find themselves very attracted to tegyps. This is usually an annoying occurrence for tegyps, and often leads to them becoming uncharacteristically upset.

Few, if any, have ever seen a tegyp become angered, an event that many in the universe consider to be catastrophic in nature.

Tegyps do not eat physical food, instead they feed on the psychic energies radiated by sleeping creatures, both sentient and non sentient. As such, tegyps do not take up any rations on a crew, instead feeding while the crew is asleep, effectively eliminating nightmares and creating a peaceful sleep as a pleasant side effect. Unfortunately, this feeding creates a secondary side effect: tegyps may occasionally psychically enter a crewmembers dream by mistake. In addition, tegyps do not sleep, but may enter a deathlike state in which they effectively shut down for a period of time.

The average lifespan of a tegyp has not been measures, as no tegyp has lived long enough to die of old age. Because of this, it is unknown if a tegyp could theoretically live to see the heat death of the universe, or if their lifeplan is simply incredibly long. Unfortunately, most tegyps die by the time they reach their seventies off planet, and by their forties on their homeworld. These deaths are always either accidental, or homicidal. Some tegyps have been noted in the past to have lived long into the hundreds of years, if only by dumb luck or smart thinking.

Unfortunately for the tegyps, it is quite easy to kill a tegyp, albeit physically. Tegyps are very fragile physically, choosing to rely on their psychic abilities instead of physical combat. Unfortunately for those who would target a tegyp, their psychic abilities are terrifyingly strong, far stronger than that of any basic or even advanced psychic, closer to the level of a very well trained drakon. Under no circumstances should one attempt to best a tegyp in a battle of psychic abilities, or read the mind of a tegyp. The last being who made an attempt to do so is said to still be in a coma to this day.

Tegyp history is different depending on the tegyp you ask, accounts differ wildly, and no tegyps seem to actually care about the events of the past enough to argue over what is right and wrong. As such there is no official written record of tegyp history. There are some historical ruins that depict what appear to be ancient tegyps in something of a ruling position of some kind, however the species that they are ruling over are unrecognizable. Some presume they may have been a species that has long gone extinct. What is strange however is that these ruins also depict tegyps bringing artifacts or gifts of some kind to different planets. There is an ongoing effort by treasure hunters and historians alike to find these artifacts, commonly referred to simply as "Obelisks", and find whatever info they may hold or hide.

In addition tegyps have no organized religions, choosing merely to believe in anything they feel is "right" to them. Many worship some of the limbo gods, some do not.

Tegyps do, however, have an organized ruling system and social structure;

The tegyp social system is built upon a wide variety of ruling systems all mismatched into one large cluster of sorts. Every four decades tegyps unite in perfect synchronization to elect every single new ruling party at the same time.

You have:
Your Presiking
Your Vice Presiking
Your Sub Presiking
Your Sub Vice Presiking
Your Documentaritator
Your VICE Documentaritator
Your Royal Supporting Cast
Your Prince
Your Social Prince
An entire electorate of Pharonian council members, of which there are of course 42.
Your Backup Pharonian council members
The homeowners cultsociety
The leader of the board
The bringer of the writings
The keeper of the scripture
The documentarian of the press
Your bureau of Amazing affairs
Your Bureaucracy of Intentional discord and Unnecessariness
Your Secret police
Your sacred Secret Police
Your eternal scout honors society leaders
The ancient eldritch abomination who leads the underdark in their affairs Sub'ngun'ether
The Eyeless tegyp woman who exists just in the peripheral view of everyones sight
Your leader of plant affairs
Your Interspecies documentarian and negotiator
And a few hundred other nameless officials

• Tegyps have innate psychic abilities developed as a way to compensate for their very low physical ability as well as the dangerous environment they live in. These powers are said to be on par with that of an enlightened drakon at their absolute peak of ability, however this has never been proven as tegyps have a calm nature and very little drive to utilize these powers for more than the mundane. Tegyps will utilize their powers to defend themselves if needed, however tegyps are not the type to instigate conflict themselves. This phenomenal ability remains untapped until the event of a tegyp becoming angered, this event has only happened in rumours one singular time in the past and was described as such:

"It was like the universe around me crumbled away until only myself and the tegyp remained. There was no sound, no feeling, it was as if every sense other than sight had been numbed as the tegyp, now pure black in form with his single white glowing eye, towered over me. The last thing I remember before falling unconscious was the tegyp whispering a single message into my very mind, unintelligible in its form as though the tegyp spoke through every language I had ever known and many I had never heard from any sentient creature. I know not what it said, but only that I wish to never experience such a thing again."

• In the past there have been rumours of tegyps the size of entire cities, however these are just rumours and should not in any scenario be looked into. Do not enter the catacombs. The catacombs do not exist. There are no catacombs.

• Tegyps do not age past a certain point, but can still be killed through disease and through harm. 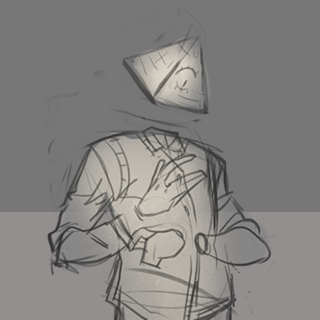 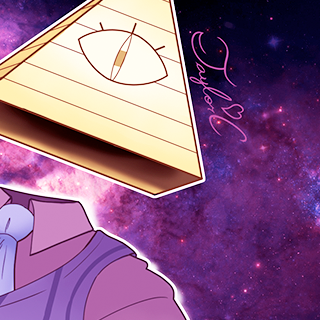