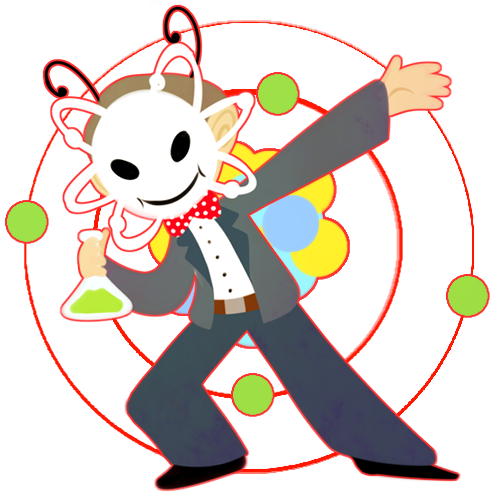 “Science rules! :}” — A-55 /*I feel we can get one of his more notable quotes. How about digging through his famous speech "We are all abominations"?*/ 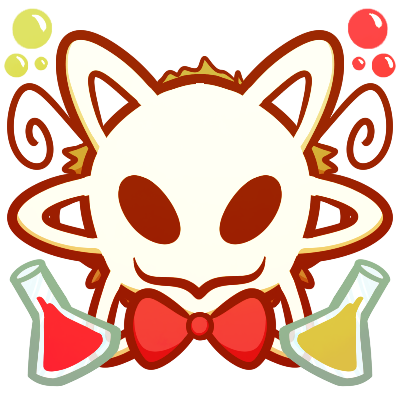 Age: 120 /*120 of what? Weeks? Months? Make sure to put "years" at the end of your ages like it outlines in our submission rules. I know you're new here so I'll let this pass this time.*/
Size: 6 ft tall
Species: Notail

Job: Notail leader of the A-lass /*A-class not lass.*/, and popular host of the Bill Gale The Science Notail Show
Likes: Science, kids, teaching about science, baking soda volcanoes, abominations, me so back the EFF off /*Lists are supposed to be in One, Two, Three, list format, not One, two, tree, me so back the EFF off format. Fix this.*/
Dislikes: Anything and anybody that attempts to halt his show, Ignorance
Notable contributions: The host of one of the most popular shows in the universe, keeping Abominations in check, and being an honest and good notail! /*First one is correct, second one is dubious at best, third one is just absolute bias. Please rewrite this to remove the bias and please don't capitalize abomination, it's not the name of a person.*/

[good at science] Positive trait
Good at schiencing n things.
[Awesome sense of science] Positive trait
Can smell it from 200 km away!
[fond of science] Neutral trait
Science is a great way to spend his time.
[habitually sciences] Neutral trait
It became a habit over the years, really.
[Addicted to science] Negative trait
I SAID it was a great way to spend his time.
[blinded by science] Negative trait
Atleast it wasn't by ignorance, right?
[Perfect] Mystery trait
Isn't he?
[Science!] Mystery trait
Science rules!

A-55 is tall for a notail, not so much so that he towers above most aliens, but tall enough to at least be quite noticeable. /*Good start!*/ His attire consists of what most people would consider slightly "tacky" (those people have no sense of fashion anyway) /*Please delete your personal notes before you submit the entry.*/, like colourful and patterned ties and bowties, coupled with lab coats that would sometimes have pins attached to them with sayings like "Science Rules!", "If U don't stay in school, U R a fool!", and his personal favourite being one shaped like a tiny volcano.

His antennas have a spiral-like curve, and his mask has been specifically crafted for him, with the design in mind made to model an atom. A smooth, 3 pointed curve and 2 oval eye marks above them creates a face of ":}". He uses no other mask but this (a good choice, it's a very cool mask) /*Good paragraph but as said before, you have to remove your notes before you submit.*/

Omg let me just gush about this man. /*No.*/ First of all,, hes soo freaking nice and sweet and also loves kids???? /*He orders that all the A-class children he doesn't need be tossed into the "volcano". Maybe change this into he loves some children.*/ Like like like he /*Don't start a sentence and not end it.*/

Genuinely loves science and his passion is teaching about it on his FREAKING cool /*Remove FREAKING cool as it is not needed and does not enhance the entry.*/ show where he does stuff like make a baking soda volcano, rapping about how absolutely legitness science is, meth /*I only saw this one on my 3rd reread. He does what now on tv? Rap? Why is he rapping?*/, how to deal with A classes /*How to kill A-classes. He shows this live on tv.*/, and so much more hes so cool jgnnngnfjdjfbf /*Do not slam down on the keyboard.*/

Also also did i talk about how he doesnt actually enjoy releasing A class /*A-class*/ abominations upon resisting planets because he finds the weaponisation of sick and mutated notails super not cool? /*So all those videos where he's cheering as hoards of abominations are released into a resisting town are....?*/ Hes so THOTFUL /*It's Though- oh my horrible gods, I see what you were trying to say. Stop doing this.*/, i /*I*/ want to take a bite of his MASK /*mask*/ gosh it must taste like atoms n /*and*/ stuff hes so smart id /*I'm going to stop trying to correct most of this.*/ die for him and destroy anytjing that tries to hurt a single scientific cell on him hhhhhhhhhhhh hunk /*Please just delete this whole section and rewrite it. I think there's more corrections than actual content here.*/

uhhh was he a K class before?? /*Reports say he might have been an X-class, it would be nice if you would note this. It also might be why he's so good at manipulating others into believing he's one of the best notails.*/ Yeah i think he w OH THATS WHY HES SO SMART i thought it was from like making shit ton of baking soda volcanoes and becoming saucily smart out of spite in his youth after his M-class mentor told him to knock it off and beat up a book or somethgn.

You learn something new everyday mine being that i still love you mr bill gale the science notale please reply to my messages ;3book i just want a lil smooch stop runni /*He KILLS PEOPLE TODD, I FEEL LIKE THAT WOULD BE AN IMPORTANT NOTE FOR HIS HISTORY.*/

exothermic reaction in my heart: hes hot /*Please don't call the dictator who is also a murderer hot. Come on, have some decency. How about noting that he seems oddly more in control of A-classes, to the point he can order them to help him with his tv show? THAT'S an important note, not "hes hot".*/

• he beat up a fish once it was wack /*How can you see this as a positive action?*/

• his hair is soft like a baby /*At least this part has been confirmed to be true so that's one valid note.*/