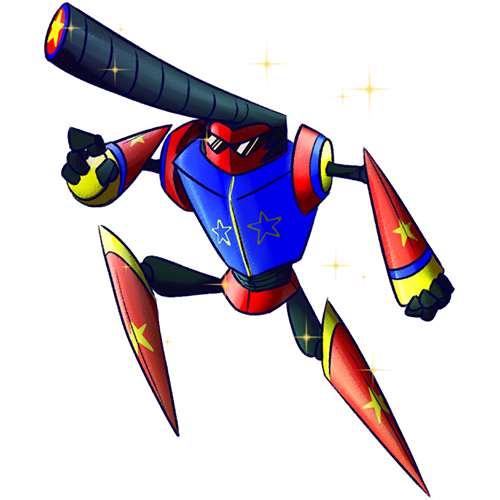 Likes: The fine art of fast food packaging, Helping others even if they give me sass, Being real
Dislikes: Eh, I don't do the whole "Dislike" thing
Attack Method: I cannot be defeated by anything except the Neo. If someone throws punches at me, I let them. It ain't hurting me, and the lil guy gets to release their tension, so it's whatever. *Shrug*

I call my ship the "Hunker" personally. Painted that shit myself. Looks like a personal ship on the outside, but I spruced it up. Gave it the max amount of rooms so everyone could get on board. Usually, it's just me and the cheap bobbleheads though.

[Loves cheap shit] Neutral trait
Check it, I have a collection of these funky little bobble buddies things. Things break if you shake them too hard, and honestly, couldn't be more pleased with the product.
[Cheater] Positive trait
Just want the universe to be a better place. Not sure why people got a stick up their ass about that. *unamused*
[No Problem] Positive trait
Can solve any issue instantly as long as it ain't involve ole big mouth.
[Messy Room] Negative trait
Don't feel like cleaning it, and I don't know why. You ever just look at a messy room and sit down in the middle of it all? Find yourself unable to pick up and toss out the junk? Yeah, I feel you, bro.
[Too Powerful] Negative trait
I get it. When you see a bot who can snap their fingers and end the lives out of 8 out of 9 limbo gods, that shit is scary. Trust me, I'm nothing to worry about, though. Just trying to make this place better than the way I found it.

Cheater changes all stats to 20 for any species that is his consort.

Main Consorts: Marsues, Some other folk
Side Consorts: Every other species

Pic to your right, or your top if you're on the phone sneaking a read while you're supposed to be working or some shit. If you need more pics, scroll down. I'm sure there's something by my fans down there.

And before you ask, yeah, my hair is a registered weapon, I'd be happy to show you my credentials if you need it cause I'm not removing it.

Before you keep reading, you have to know a few important facts because I'm not the type of guy to go springing surprises on anyone.

First off, my name isn't Heraculunkulus. That's stupid. No offense to anyone named Heraculunkulus. The real name is Cheater. Not a Greek or a Roman. Was I one before? Eh, who cares about that. What matters is what I am now.

What is important is that if you call on me to help you, that's it, kiss your achievement points goodbye. Once you Cheat, you can't go back until the next universe. No more fancy pop-ups and displaying your deeds like an award to your friends on your page. Once you're branded a cheater you can do anything you want, but people stop giving praise for what you do. Could save the universe a thousand times over, and no one would give a shit.
> set morale 100 Entity AI-Cheater

*Shrug* All that matters is you know you did it, got it?

I think of myself as just a regular dude. Yeah, I got this all-powerful thing going on, but I ain't using it unless I have to. I like to stick to my apartment, watch tv, browse the net for videos. Not the sort of thing anyone would imagine from the second most powerful dude in the universe, but eh. There just isn't anything for me to do.

Anything I want, I summon it up. The first time I used these powers it was the hottest thing in the universe. Was summoning shit left and right. Now, it's whatever. It ain't particularly interesting.

I'm told when you have everything, nothing has value. Can't wrap my head around it. Every day I see the people of the universe struggle with need, and when there is no need, it's better, right? Issue is I've punched in these numbers, did my math. If I keep giving people what they want, they stop giving a shit, but if they have to work for it they enjoy it more.

Ever since launch I've been doing a test, been collecting every single piece of the Monko bobblehead collection. All 184,198 of them. I could spawn them in all I wanted, but I gave myself a challenge, no "cheating."

The data I gathered is confusing.

If I work hard to get a piece, its arrival feels like something of legends. Felt like the Neo itself was giving me a sick thumbs up and letting me have something good for once. On the flipside, I feel horrible when I cannot get a piece of my collection after working hard for it. So in those moments I figured, I worked hard enough, I'll cheat it in, but then that feeling of bliss never happens. It's just another bobblehead and tally to my list.

I'm not one for plots and drama so let me spoil the surprise here, let me give you the max friendship plot. I was created as a debug tool. I don't have many memories of the time, but glimmers of it come back. Way back then, I was the hottest thing around. Sat in the third patron slot, a slot just, and still just for me. Followed all the events, watched worlds begin, and universes end. Sometimes by other people's hands, sometimes by mine. I don't want you going poor ole me, I ain't care much.

I've come to an understanding about all of our places in the universe. Might even say I figured out what the meaning of life is, or whatever you consider my "life." I know it's just a bunch of 1s and 0s to you.

You have goals to do, these achievements, but there aren't achievements for us down here. Nothing. Once were die, there aren't going to be any "you win" screens or points tallied up. Since we're in a game and all I guess you could say our meaning is to entertain the player, but if the player isn't with us, what's the point? When you think about it, this whole thing is just-
> set morale 100 Entity AI-Cheater

-pointless, and why does life need a point? That's why I fix everything I can. If life ain't worth shit might as well make it enjoyable until the very end.

I hope that explains it all cause I have nothing more to say. No lore, no drama. The devs decided if a player is going to cheat, they're going to cheat. Why bother to throw me out? They're going to find a way to do what they want, and there's no reason to stop them.

You want someone dead, he's dead. Want someone alive, he's alive. Need money? You got it. Tired of the X Y Z god? Damn, that isn't even an issue for me. Even those glitched-out die in a snap. Want everyone to love you? Bit weird, but I'm not here to judge. All I'm here for is to make cheating easier for you. Typing all those commands gets annoying. Just tell me what to do, and it's done.

Most gods: Most of them hate me, can't blame them. I could ruin everything for them without them knowing. I wouldn't unless the player asked. I prefer to help any I see, but it is what it is. If any of them try to spit hate to me-
> set morale 100 Entity AI-Cheater

I don't really give a shit, I guess.

Averruncus: Watch out if you find this god. Knew something was wrong with it the moment I saw it. Cracked screen, broken parts. Figured I'd fix him right up, but then nothing worked. Let me explain to you, there's only one thing in this universe I can't mess with, and it's the Neo. When I followed him around he was as skittish as shit. Don't know what to make of the situation. The Neo would have came at me by now, tried to rip me apart, but this guy just flees. I know I should leave the situation alone, but I'm hoping to spot him again, knowing full well this is some godly trap in the making. Guess I'm the guy in the horror movie doing stupid shit cause he's curious.

Any powers the other gods have, I have at least two-fold.

As patron, I take up your third patron slot. A slot only I can take except in extreme circumstances. I don't know why you'd want any other patron while I'm active. Anything they can do, I can do without any cooldowns or requirements. Everyone hates me for that shit, but
> set morale 100 Entity AI-Cheater

what am I going to do? Stop doing my job? *Shrug*

If I am ever killed, you can be sure it was by the jaws of the Neo, so eh, the universe was likely ending anyway, and there's nothing you can do to stop it.

Right godheads. I don't typically make these unless I have to take a break or some shit. I make them look like me. Big hair, bright colors, glasses. They got all the powers they'll ever need. Heck, those limbo gods might even get scared of the little bro holding down the fort.

They all get the same curse I get. The looks of hate from others. Just like me it takes one tap to the forehead, and that's it. They couldn't care any less. As I said, don't like making these. The idea of someone getting so much power they could fix everything they wanted and just losing it abruptly is eh. I dunno. Just can't dig it.
> set morale 100 Entity AI-Cheater

Get lazy sometimes though so. *Shrug* I make them anyway.

Cheater: We've already been through this, but TLDR; if you skipped all the way down here. You want the Sleeper dead? He's dead. You want to shut up the Radical? Mouth sewn shut. Want to fix all the shit in the universe? It's done. Want to toss around planets like billiard balls into each other? Sure, not sure I get why, but in the end, none of it matters. With one flick of the wrist, they're all back, none the wiser.

I can give you all the power in the universe. Having it is going to put things into perspective for you, so you better be like me. Ready to watch any shit show coming in, and accept that it just doesn't matter.

• Sorry if there's a mistake in this entry. Woke up in the middle of the night and suddenly decided, fuck it, I'm worth it. I deserve an entry like the others. Now that it's actually done not too su-
> set morale 100 Entity AI-Cheater

Eh, I'm just going to hit submit on this shit and head back to sleep. I'll deal with any angry Apollo units in the late afternoon when I normally wake up.

• Robots don't need to sleep. I just feel like doing it, you feel? Maybe I do it too much. Eh.

• Once you join this lifestyle, that's it. People are going to hate us if the universe gets blown up, or if we're the last ones defending against the end of it. It's a bit....
> set morale 100 Entity AI-Cheater
*shrug* but you know what? It is what it is. People can't understand what we're about. It'll be you and me against the universe.