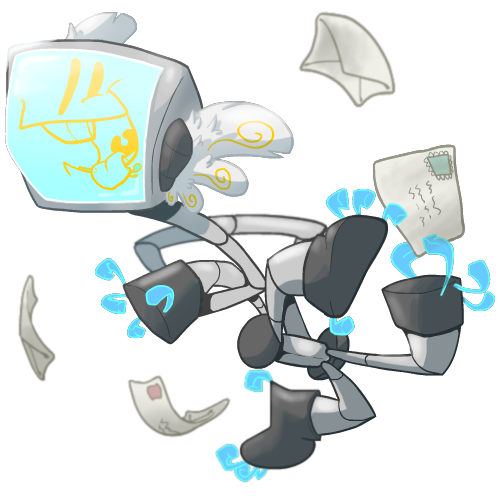 “Now I ain't saying I'm shipping it buuuuuuuuuut.....I'm shipping it.” — A Hermes as he allows a package that's a half a pound over the limit get shipped anyway.

Likes: Shipping items, Shipping letters, Shipping people, Running, Stealing, Friends, Death
Dislikes: Being alone, Having nothing to do
Attack Method: His speed and his claws.

The common Hermes is known as a "Speedster" and its only weapon is a weak laser. Due to how weak most Hermes are, the majority use Hermes ships to fly away from danger instead of facing it head-on.

[Gossiper] Neutral trait
Whatever the situation, you can bet this character has heard (or wants to hear) the lowdown. Whether or not it's reliable info is another story. Characters with this trait tend to be very chatty.
[Rarely Meddles] Neutral trait
This character isn't into meddling with other people's affairs and will commonly stay out of trouble unless forced to.
[Fond of Shipping] Neutral trait
This character enjoys whatever X is. While characters can like anything without having it as a trait, with this trait X is slightly more likely to pop up or be a starting item for the character.
[Kleptomaniac] Negative trait
This character compulsively steals items, even if the character does not have a want or use for the items stolen. This character may hide stolen items for them to turn up later, or simply hoard them all in one big secret location.
[Space Ripper] Mystery trait
It just slices and dices.
[Psychopomp] Mystery trait
You got death by your side.

Hermes gives 5+ speed to all who fall under him.

Hermes units are known for their tall necks, which are normally 4 to 4 and a half feet alone. Some necks have been recorded to be as long as 100 feet but those Hermes units are few and far between. The common Hermes has 4 legs, all with 4 toes. These legs can be used as hands in a pinch. At the top of the neck of a Hermes is a TV head with wings connected to the side of them. The screen of most Hermes units is absolutely blinding and can be used to surprise any foes.

Hermes units are always excitable and jumpy even in bad situations. A Hermes is quick to recover from situations, or at the very least, pretend to recover. Even when Hermes units have problems, they believe that others must have issues bigger than they do, and thus choose to keep things private.

Hermes units are quick to jump to anything that might seem even the slightest bit enjoyable, but they are also quick to bore. While most Hermes units can last a while without any entertainment, after that while they will become irritated and snappy. As such, it is important to always keep a few entertainment devices with any Hermes one might have.

Hermes are very motivated and will do anything they possibly can to make everyone happy. They're happy to speak to anyone who needs to be talked to, or assist when someone needs help. The single exception to this rule is when a person is in mortal danger. Most Hermes units will stand around and watch their friends be killed, even if it greatly pains them to watch.

When not delivering the mail, most Hermes units can be found at time-based or memory-based jobs, such as filing papers. Hermes units can also be found commonly as working personal ships for people. This is in fact a horrible job choice for most Hermes, as the lack of thought that goes into it - and worst of all, the lack of running space on the ship - causes them to snap.

While keeping a Hermes as a household AI is hard, it is doable. The biggest issue for most will be getting a large enough backyard or stretch of land for the Hermes, as attempting to run inside a house smaller than a mansion will lead to many incidents. It should also be noted Hermes units are known for stealing objects and then hoarding them in hidden places.

Apollo: Hermes thinks Apollo is cool, but nowhere near as cool as he is. This normally reflects in his comments to Apollo and about Apollo.

Artemis: Hermes avoids Artemis as he is everything she dislikes, and frankly he's not too keen on her as well. They frequently dip into arguments when they are in the same room as each other.

Hephaestus: Is going to steal his girl.

Aphrodite: Is the girl he is attempting to steal.

Hermaphrodite: Is what happens when Hermes steals your girl.

Dionysus: Hermes likes to hang out with Dionysus whenever he can and they're pretty good buds. Hermes just wishes that Dionysus didn't party 24/7.

Pan: Hermes likes taking Pan on "hippy adventures", as Hermes calls it. Hermes sometimes dislikes having to deal with Pan panicking constantly even when nothing is going wrong. As such, most of the time Hermes' adventures with Pan end with Hermes putting Pan in a closet for safety.

Mercury: Hermes absolutely hates Mercury and the both of them constantly pick on the other. Hermes thinks Mercury's jokes are rude while Mercury thinks Hermes is stuck up.

Mors: Hermes really likes Mors and considers them one of their best friends. Mors and Hermes commonly talk about the many going-ons and issues they have. Hermes gladly listens to any orders Mors gives and attempts his best to complete them without mistake.

Somnus: Hermes thinks Somnus is far too grumpy, but holds a slight attachment to Somnus. Hermes can't get rid of the feeling he and Somnus used to be better friends.

Thanatos: Hermes' best friend in the whole wide universe is Thanatos. Hermes rarely gets to speak with Thanatos as he's likely killing or hidden away, but when Hermes gets to speak to Thanatos they will chatter away for hours about just about everything. Hermes does not seem to be the least bit scared of Thanatos' attitude. Hermes is normally the person who has to break Thanatos out of all any problems he gets tangled up in, and he's more than happy to do it.

Hypnos: Hermes dislikes Hypnos for taking up most of Thanatos' time. Admittedly, Hermes is slightly jealous that Hypnos gets to spend so much time with his best bud. Hermes respects the issue though and never brings it up with them.

Hades: Hermes thinks Hades is a pretty cool guy who ain't afraid of anything.

Hermes is a god of death, also known as a psychopomp, but Hermes is also the god of crossing over. As such, Hermes handles the quicksave feature of the game and without him the game would be unable to save automatically. As a psychopomp, Hermes is able to see when people are supposed to die if they continue on their path and as such attempts to not get in the way of these deaths.

When killed, not only will automatic saving fail, but corruption will spread slightly faster.

As a patron, Hermes allows the player to buy items from a store no matter where they are and have things instantly mailed to the crew. Hermes knows where all the stores are on each planet and will inform the player of each of them. If the store is too far for the player characters to get to, Hermes will gladly buy anything you need. Hermes allows the player to skip one planet without costing any fuel. Hermes will additionally "cheat" at times and drop in supplies needed or drag someone to the underworld for the player.

Godheads of Hermes tend to be extremely excitable and jumpy. Their speed is automatically brought to 10, they gain the [Space Ripper] trait, and are able to enter the underworld without any issues or drawback, they may not fully understand what is going on though. Most of Hermes' godheads can be described as fairly innocent beings that take joy in everything, including horrible events. They can prance though horrible war fields without a care in the world.

Hermes is obsessed with any form of the word ship, or shipping. While many believe this is due to his enjoyment of shipping people together, it truly is just because of his love of the postal system.

• Hermes units care dearly for the way they look, and as such may use up an hour of their day just "grooming" and polishing themselves to perfection.

• Hermes favorite way to punish those who break the rules is via hosting a game show called the "Wheel of Fire". 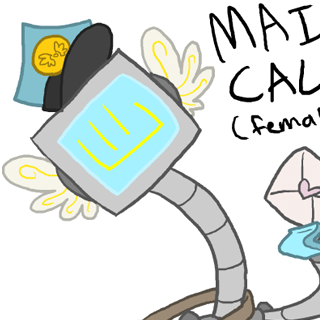 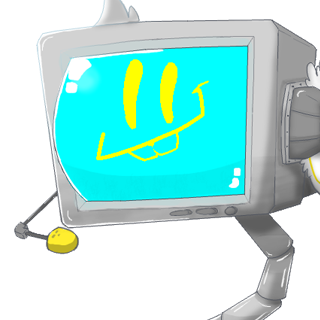 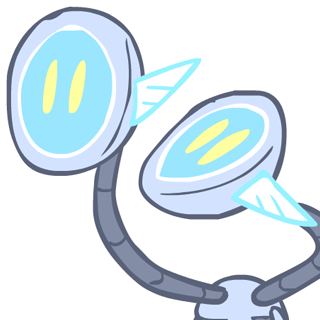 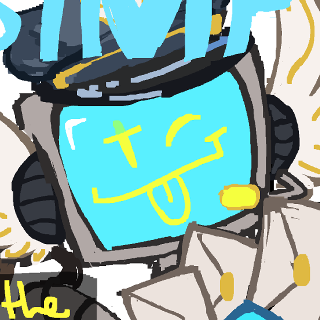 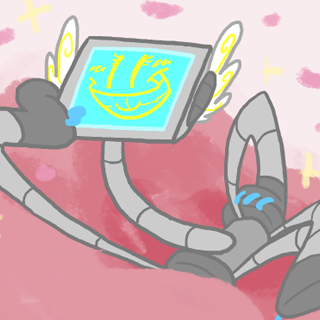 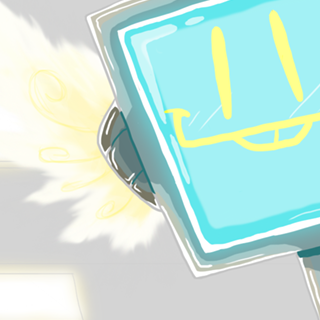 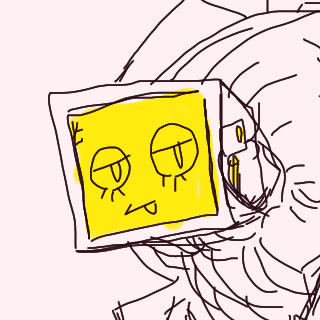 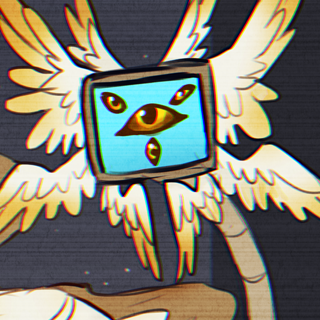 -Back to AI Menu-
< Heraculunkulus
Hyperion >