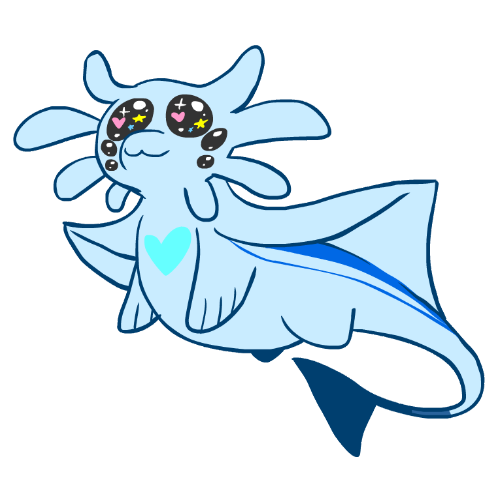 “Aww. this is so cute... AAA WHY IS IT KILLING ME? No, I... I don't wanna die.” — Allie Fius, xenobiologist stung by a sea angel who sadly died when nobody came.

Attack Method: When confronted, will lash out and stab their attackers with their sharp, barbed tails. In more serious cases, they will sting with the venom in their tails as well.

[Sarcastic] Neutral trait
This character has a sense of sarcasm and is likely to use it. This trait also means that they are very unlikely to miss sarcasm.
[ADORABLE] Positive trait
Aww, well aren't you just precious! People are easily endeared to this character with their puppy-like look. Their presence is often additionally capable of increasing morale for the crew, assuming they like sweet things.
[Aquatic] Negative trait
This character can only live in fairly specific conditions, which might not be suitable for general travel on a space ship. For instance, an [Aquatic] character would need to constantly be in water, while a [Xeric] character would need to be constantly heated and dry.

Sea angel religion is hard to pinpoint; they seem to keep any gods they worship to themselves. From certain statues found under the seas of certain sea angel planets it seems they hold some honor in a god, but most sea angels will tell anyone who believes that that the statues are in honor of a great poncho-wearing hero.

Sea angels are small aquatic creatures that have colonised many large bodies of water across the universe. They have very pale blue skin, and two large wing-like fins, which lends to their name. They have small paw-like limbs on their underside, but these are ineffective for movement. Their body tapers out to a sharp, knife-like stinger, which is their primary method of attacking, both for sharp stabbing and injecting of venom in more serious cases. They have a pair of large eyes on their head, to allow them to collect as much light as possible underwater, which is aided by a glowing heart-shaped organ which shines through their body. The organ has been observed to shine in a variety of colors, including red, yellow, green, blue, and purple.

Due to being a mainly aquatic species, they would quickly die on land, but are able to spend short periods of time out of the water, for communications with land-based species.

Despite their small size, sea angels are fierce ambush predators, usually hunting in packs to take down prey many times larger than themselves. After surrounding the prey, they have been observed to surround and "play" with the soon-to-be-dead creature, usually with a creepy "smile" on their faces. Outside of hunting, though, sea angels are very sociable creatures, preferring to make friends with other species rather than fighting them. They are in fact very friendly, and seem to be filled with determination to make friends with everyone they can.

Legends passed down by the sea angels say that there was a war between them and another, long extinct species, called the "enemies" because sea angels are really bad at names. Despite the sea angels being stronger and more favored, the enemies won the war and banished them underwater. However, the gods punished them for their insolence, flooding the planet and drowning the other species. Due to the prevalence of water on other planets, sea angels have travelled to numerous other planets and have various sub-cultures there. With the waters on Brontelimax starting to recede due to the water crisis, some sea angels from the homeworld have started to move to wherever there is available water, including aquariums with aquatic fauna.

• Despite being a carnivorous species, many sea angels have shown a predilection for sweet things, especially chocolate.

• Sea angels have been noted to be very good singers, and much of their media is based on that. They have even been known to modify later generations of AIs able to function underwater to provide even more musical options.

• Rumors persist that sea angels somehow eat souls of other creatures with their beguiling cuteness. These rumors say that a sea angel who does so becomes vastly stronger, and if seven were to be eaten, they would receive nearly unimaginable power. 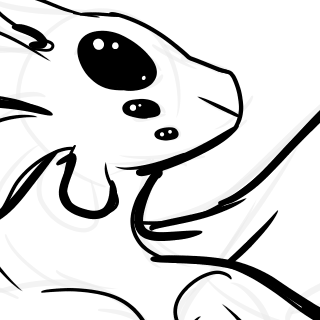