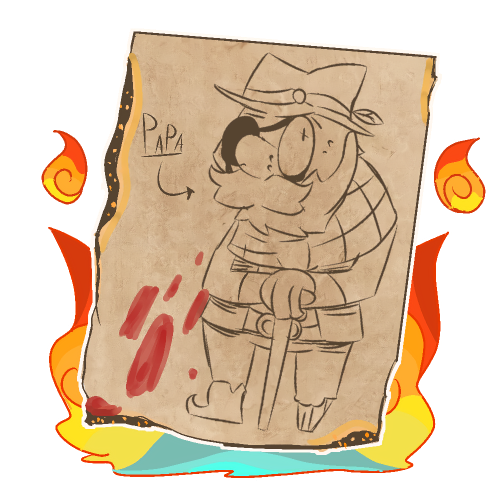 “The peasants are revolting." "Yes I know.” — Old vampwelf joke

Attack Method: The would fight as a disorganized mob in the rare occasions that they did not simply scatter and flee.

[Superstitious] Neutral trait
This character is more likely to believe in myths, ghosts, and old traditions relating to them. They may have a tradition they follow and may refuse to do certain things that may cause a bad omen to appear, or give them bad luck.
[Hard Working] Positive trait
This character is commonly hard-working and is unlikely to fail most of their tasks. This character is also careful with their work and makes less mistakes than most.
[Easily Scared] Negative trait
This character is easily scared by various things such as loud noises, bright lights, or even their own thoughts about what might be up ahead. Not only does this character lose morale and sanity faster then most, they'll likely freeze up when a startling event happens.

The svlanoi at one point worshipped a small pantheon of gods, mostl nature deities. By the time of their extinction the vampwelf had banned such worship, and replaced their idols with those of themselves.

Svlanoi were short and stocky humanoids with rough gray skin, and a very squarish shape. They had two hands and feet, neither of which were what one would call elegant or delicate, they were very rough and suited for little other that the course manual work in which most svlanoi were destined towards.

The svlanoi skin was mostly in the lighter shades of gray, though darker shades were sometimes noted, it was rare, and the deeply paranoid svlanoi were far from fond of such individuals, regarding them as overly similar to the vampwelf, whom they were terrified of. The faces of svlanoi where generally rough and loutish, dominated by large noses flanked by similarly large white eyes, eyes which were discerning, probing, and paranoid. Their mouths were wide and often missing teeth, generally concluded as being due to poor hygiene for the most part.

Sexual dimorphism was noted, but somewhat obscure, male svlanoi were often "square" shaped and had magnificent facial hair, most notably fabulous mustaches, though they were often noted as otherwise bald. Female svlanoi where more "pear" shaped, and lacked the prideful facial hair, but had more hair on top of their heads. Svlanoi dressed in a simple, warm manner, fitting to the chilly nature of their world. Noted most especially for their peculiar hats, which were generally the most flamboyant part of their attire.

The Doom of the Svlanoi

Long ago on Transylvaar, there lived the svlanoi. At this time, they were tall and proud and happy. The lands were bright and peaceful, the woods were a comforting blanket of green and the creatures within no more frightful than typical of beasts. All was well. But then a strange darkness came upon the land, and hunters began reporting sightings of strange bat-like creatures stalking them in the dead of night. At first the svlanoi paid these reports no mind, dismissing them as the fevered imaginings of people who should really aught have stopped being afraid of the dark.

But things only got worse. People began vanishing, taken from their homes in nights that only seemed to grow longer and darker. Soon even during the day the woods of Transylvaar began taking an ominous character. The trees loomed tall and dark, seeming to gaze malignantly upon woodsmen and hunters who dared trespass upon them. More and more were there reported these Bat-like monsters, who only seemed to grow ever more numerous and more bold. Soon then hunters would go missing, and worse yet, farmers began disappearing from fields almost as soon as the sun set, which it did more eagerly each night, as though it too were afraid of what horrors stalked the land.

Then, one morning, the svlanoi of a certain town awoke to a horror. A towering fortress of black stone, looming upon the mount outside their village. Many went to investigate, none were heard from again. Then, on the next night, a dark night, as cold and still as the grave, they came. A ravenous pack of bat-like monsters descended upon the town itself, where they had before had only ravaged the outlying homesteads. The svlanoi mustered a defense and drove them back, but not before they had kidnapped many.

The mob knew where they had come, and they descended upon the dark fortress. But it was for naught, as the fortress resisted all their attempts of entry, and they were forced to leave, defeated. This would repeat night, after night, after night, until the svlanoi could bear it no more. The mayor of this town went to the fortress and begged the creatures to stop their onslaught. The leader of these creatures responded "If your people would swear to serve us now and forevermore, than we may stop." The mayor took several moments to consider this, but ultimately he agreed, and asked what he should call his new masters, and they called themselves The Vampwelf.

Of course, the vampwelf did not stop, but much like a farmer would his flock, they relented so that their servants would not die off. The vampwelf would then spread from town to town, in similar manner to the first, faster and faster, until they ruled all the svlanoi. And so it would last for generation after generation, the svlanoi degenerating, no longer tall and proud, but now bent and afraid, and they knew only of sorrows and despair. This would be the status quo until one grim night, when a silver comet would streak across the sky and shatter in the outskirts of a svlanoi town.

The svlanoi were quite concerned, as they were now sensitive to grim omens. And so they should have been, for mere days later, began "The great plague" which ravaged the land. The svlanoi called upon their masters for help, but the vampwelf were unmoved, simply retreating into their black citadels to weather the storm. The plague swept the land, slaying every creature it touched, impervious to all medicines. This would last for months, before ending, but it was not the end of the svlanois troubles, for no sooner had the plague ended than the "Long Night" began.

An eclipse unlike any other before or since settled upon the land. Starved of light, many plants died, including the meager crops of the svlanoi, and soon after what few cattle the svlanoi had saved, weakened by disease, would die of starvation. But it would not end even there, for it was then that there masters chose to return. Driven feral and wild by thirst during their seclusion, they set upon their weakened slaves like the monsters they were.

The famine, disease, and reckless predations of their masters gradually wore down the svlanoi as the sun refused to return, and in mere months the svlanoi were reduced such that their masters could no longer find them. These survivors would live their scant few weeks soothed only by the notion that they died free of the monsters that had enslaved them for generations, a cold comfort that. And thus did they pass into memory, for the vampwelf had little time to mourn their passing for the Long Night wound on and began affecting them as well. But that, is another tale. 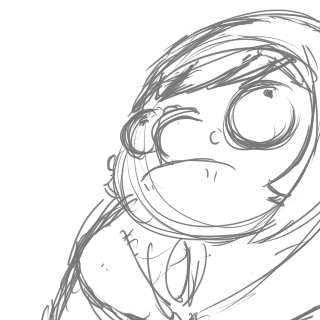 -Back to Species Menu-
< Strix
Swollows >