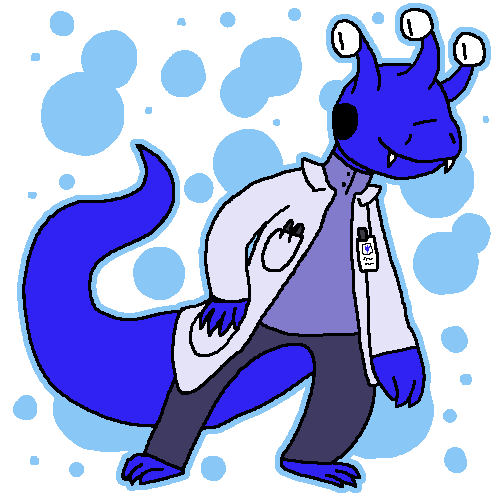 “Nearly everything they had was ruined on that day, and they've been hit by nothing but disasters afterwards.... It really shows how those who hold intelligence before all else are the true top elite. ^v^” — O-9 on the kaikians

Attack Method: Kaikians will typically fight from a distance using guns or other ranged weapons. In melee combat they will usually try to cause their opponent to lose their balance while they retreat and engage from afar.

Kaikians typically do not partake in any full-on religions, although most believe that a higher power does exist.

Kaikians are humanoid, biped creatures, typically standing 5'10"-6'5". Their most notable features are their three stalk eyes and their large tails. Kaikians are typically a royal blue coloration, but their coloration can range from emerald green to violet. They have small claws on their hands for fighting back attackers.

Kaikians are typically decently friendly, and only attack when they are provoked or logically deduce that they need to. They typically are very knowledgeable, and can provide information on a large range of subjects. They usually enjoy sharing their knowledge to those they trust, and will often give enemies misinformation in an attempt to trick them. They will always break down the scenario they are in logically in an attempt to come up with the best solution, however in situations of pure chaos this can lead to them simply freezing up and being of no help. Most kaikians enjoy tinkering or researching new topics in their free time. They despise when someone near them acts, what they perceive to be, stupidly.

Kaikians are rather distrusting; often quarantining and researching species they have never encountered before, and rigorous illness scanning before outsiders are allowed into their colonies. They are very closed off and rarely speak openly to those that they don't know. At first, they may seem rather boring and plain, but once they trust someone, they will open up about their various interests.

Sociologically, kaikian society is rather boring. They operate under what most would consider to be a confederacy, allowing individual colonies to come up with their own laws and regulations. Planets pay taxes to the interplanetary government, which handles most of the defense of the planets, establishes the basic rights of citizens, and imposes a few restrictions on what planetary governments cannot do.

Most kaikian history was lost in an event known only as "The Crash" when all technology on Inteliga, the kaikian home-world, malfunctioned. Due to the fact that most of the archives were stored electronically, when The Crash occurred, the data was lost. The Crash also left the cities of Inteliga defenseless, causing many to be overrun by the local fauna. Only one city still remains on Inteliga, and it is simply known as The Holdout.

Immediately after The Crash, kaikians made first contact with another species. Unfortunately, said first encounter was not pleasant. It resulted in a ten year long war, known as the First War. Many kaikian colonies were lost, and they came close to losing the war. However, the kaikians succecfully led their enemies into a trap, in what would later be called the Plague Turnabout. The kaikians evacuated a major trade center directly before an enemy attack, and released a highly transmittable and lethal airborne disease. When the enemy assaulted the trade center, those that were exposed to the virus quickly perished, decimating the enemy assault force. The kaikians pushed back and successfully captured the enemy home-world. The surviving members of the hostile species were taken as lab rats, which resulted in many medical and technological advances, but resulted in the species' extinction.

Shortly afterwards, the kaikians met more friendly species, and freely shared many of their technologies, despite the fact that only a few of them worked on other species. They spread rapidly, and were a thriving civilization for about one century. Many technological advances were made, including many cures for wide-spread diseases, along with mineral and fuel refinement.

This era if prosperity came to a close with the Muikian Virus. It was incredibly infectious, and caused the infected to become deformed and have shorter lifespans, and their decedents to have odd mutations. The kaikians handled this by setting aside about entire colonies for the infected, and effectively quarantined them while an vaccine was developed. The disease itself mutated rapidly and make researching a vaccine incredibly difficult.

Eventually, the infected, now known as Muikians, got tired of living in quarantined colonies and revolted. The result was a complete massacre. Those that fought were promptly infected, and losses were major for both sides. This war would later be called the Muikian Revolt. Eventually, a vaccine was developed and distributed, and the quarantines were lifted, and the revolts ended. However, relatively few non-infected kaikians remained, and the infected quickly died off as a result of their short lifespans.

Currently, the kaikians are in a state of peace, but are scattered. There are only about twenty functioning kaikian colonies remaining, and they are scattered throughout a large area. This makes communication between the colonies difficult, and hard to alert other colonies on research or new technologies. As such, coordinated projects between colonies are nearly impossible, stunting their technological growth.

Krikian: Krikians are much more aggressive than normal kaikians, but are still able to be reasoned with. They are typically a dark shade of blue, lack the third eye normal Kaikians have, and have much sharper claws than Kaikians. They also prefer melee combat to fighting at a distance, and are typically hired as guards or mercenaries.

Muikian: Muikians are simply decedents of kaikians infected with a rare but highly transmittable mutagen during or before the Muikain Revolt. They have a significantly shorter lifespan, averaging around only 30 years. Their physical appearance and abilities vary by individual, but the most common variants are hexeyes who have six eyes; duatails, which have two tails; and aviaks, who have a ball on their tail that's covered in spikes. Muikians harbor a deep resentment of normal kaikians for the Muikian quarantines.

Fast Learner: Kaikians are able to absorb new information unusually fast, and seem to enjoy doing so. They can learn new languages or understand different cultures quickly, and are known for their ability to comfortably use any piece of technology quickly, even if they have had little to no prior experience with it. They also can decipher codes and riddles quickly.

• Kaikians have a distaste for trivia, considering it to be "stupid knowledge." 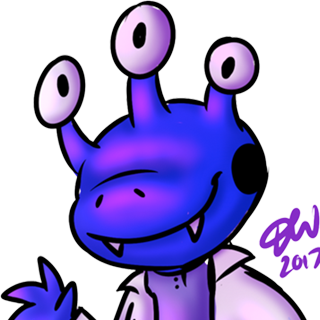 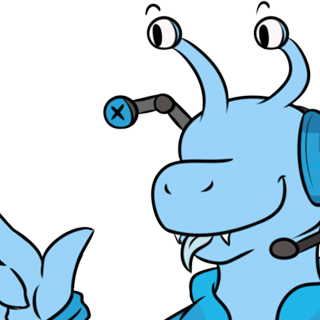 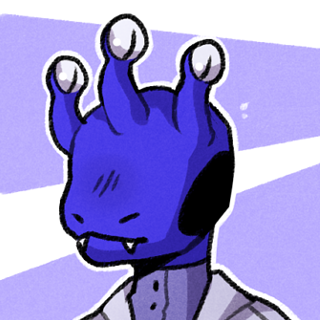