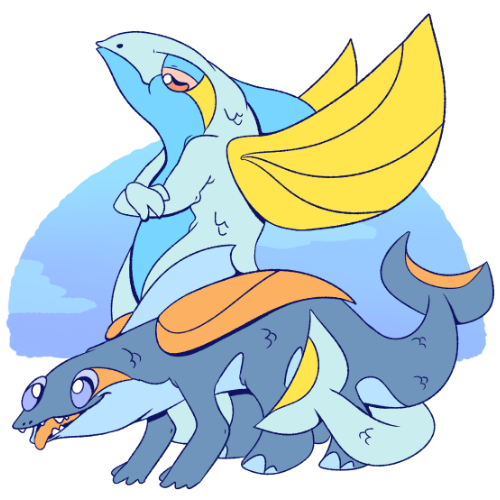 Attack Method: Overwhelm the target with a fleet to flank and confuse. When left alone, a piscipleu will continue to strike, flee, then return for another blow. Without claws or fangs, "blows" consist of using weapons or whipping with their tail.

[Listener] Neutral trait
This character is more likely to listen than speak. Other characters may enjoy this when they need someone to hear their woes.
[Aerodynamic] Positive trait
Gravity isn't much of an obstacle for this character. They are capable of performing acrobatic maneuvers with ease, and can reach places that most others cannot. This is also good for avoiding foes, and showing off of course.
[Clingy] Negative trait
This character has a person, or in rarer cases an object, that they cling to. This character will become distressed whenever this person or object is moved away from them. When this character has no one to cling to they will find someone else to cling to. Due to this clinging, this character can be easily manipulated by who or what they are clinging to.

The Harbour is believed to be a collection of interweaving currents, a sentient energy. If appeased, deceased piscipleus will join the Harbour in the highest, wildest reaches of the sky, although followers have thinned in favor of the Limbo Gods. After years of work against their environmental shortcomings and lackluster results, many piscipleus try to reason if civilization is being punished/tested, or perhaps realize their Harbour isn't strong enough.

The darning piscipleu (or pleu for short) are covered in scales with a dorsal fin on their upper back. Although aquatic in appearance, it's a common misconception to believe that the pleu needs a tank of H2O to survive. Pleus are almost entirely aerial creatures. Each pleu comes prepackaged with fin-like wings that fan outwards. When flying, pleus make a very soft whirring sound. Their tails and tail fins, adorned with accents, aid in making sharp turns midflight.

The pleu is a shorter species, ranging from 2-3 feet in height but 5-9 feet in length and 5-6 feet when rearing. Each pleau is born with four quadrupedal legs and two bipedal arms, these which can be used for extra stability when running. Pleu legs are pachyderm-esque in nature with adherent pawpads resembling swirls.

Colorwise, most pleus are shades of aquamarine with lighter underbellies and a stripe of warm color running from their eyes down the sides of their bodies. The length of the stripe can vary. Occasionally, other patterns, such as equal signs; odd colored stripes; and stripes along the abdomen, pop up. All of these have become more frequent in the modern century. Similarly, head and fin shapes continue to divert.

Sexual dimorphism is present in the pleu, but not extreme. Males intrinsically have larger dorsal fins but are smaller than females, about 2/3s the size. No color or behavioral differences have been recorded.

Pleus are hospitable beings. While they don't go out of their way to interact, they're extra willing to show friendliness through presence. Pleus also function at their best in schools of the same species, but are not incapable of getting along with a diverse crew. "Power in numbers" is their favorite philosophies. To assure this, pleus will linger around their crew. Most pleus don't see social silences as awkward, rather peace amongst members.

This can be viewed as clingy to those who are unaware of the pleus' social habits. Other times, it's just hard and true clingy-ness. Unfortunately, pleus don't interpret social cues easily. To be left alone, approach a pleu and explain the situation rather than relying on body language. The pleu usually becomes skittish when without a group. They will navigate along walls and crevasses to limit an attacker's range.

During downtime, pleus love to perform. Flying through loops in the sky, diving down from clouds, making figure eights- all of these are signs of a happy and healthy pleu. If action isn't a means of passing time, pleus whistle or sing. Some pleus have been observed trying to arrange choirs or bands out of their crew. They are exceptionally competent classical musicians.

An irritable pleu will keep their teeth bared and fins outstretched. They maintain a need to stay in close proximity to their crew, leading to situations where the perpetrator will always have eyes burning into the back of their head. Some pleus even resort to nipping, ignoring any connotation about personal space. Many psychologists have suggested that the pleu leave the person alone and get some room, but this process hasn't been successful. The skittish nature pleus gain in solitude only aggravates their attitudes.

One of the only times a pleu will make a personal decision to be alone is when sick or distressed. In an attempt to spare the others, pleus will hide away in corners or dark rooms. Their scales will dim in color and their dorsal fin will lay slick to their bodies. If the situation is bad enough, their scales become sickeningly greasy.

Scientifically, the history of the piscipleu is unremarkable. They were an evolving fish that left the seas, took to the skies, and cooked up a couple civilizations. Alternatively, folklore offers a colorful story.

Starting as primitive animals, one pleu, named Piper, lept after a fly. Although the fly was too far to be reached, Piper didn't give up. By gliding over a wave and catching the wind, Piper was able to rise higher and higher until he had the fly trapped by his jaw. The wind continued to lift him up and stretched his fins into wings. Piper then spent the rest of his days sharing stories of the spirit that let him swim where no pleu could swim before. One by one, more pleus jumped over the water in hopes of seeing this new world, and the spirit, titled the Harbour, carried each of them away with newfangled wings.

The pleus were eternally grateful, so they spent eons in worship. They now ruled both the sky and the sea and indulged themselves in all the flies and seaweed they could chew. Unfortunately, the pleus became greedy. They hoarded their resources from the other beings still trapped underwater or on land.

One evening, all the pleus had gathered above ground for a behemoth-sized feast. Every single one of them ate themselves to sleep. The Harbour, disappointed, brushed away their gills overnight. The next day, when the pleus tried to return to their homes under water, they found themselves choking and growing faint until they flew back to the air to breath. From then on, the pleus built temples and pillars in hopes of repenting. In honor of Piper, the first flighted pleu, newer generations wrote woodwind sonatas and invented routine acrobatics to perform during festivals.

Tetras: Observant and patient, most tetras decide to pursue careers as researchers. Tetras are known for having stripes that'll glow neon, earning them the nickname "fireflies." If left in the dark long enough, several points along the tetras' spine will activate and glow as well. Whether or not a tetra has control over this reaction varies.

Brutes: More solitary, brutes are aggressive and protective in nature, but not reckless. This subspecies does not have stripes, but is shinier with occasional speckles and frillier fins. They tend to be a foot taller than most pleus.

Regals: The regals have monochromatic colors schemes, usually silver. No larger or fancier than the ordinary pleu, the regals are renowned for their pupil mutation. Instead of round dots, they've become large rectangles that split the eye into two halfs. These are the only subspecies of pleus that are legally able to become monarchs. While skeptics exist, most pleus still believe that regals have been blessed and are extremely lucky.

Poor immune systems: Living in enclosed domes has increased the chance of a pleu having an underdeveloped immune system. See home planet for more information.

• Most pleus will know how to play the flute by age two.

• Pleus are generally infamous neighbors, whether it be their insistence to invite themselves over, or the noise level when they practice their instruments.

• Pleus love to use wind based expressions. Rarely will someone hear a pleu say "easy as pie" when they could have said "it was a breeze." 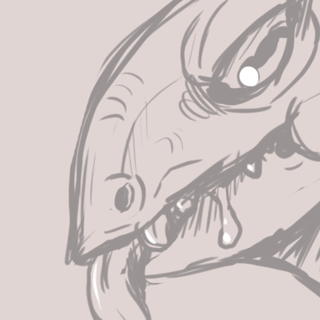 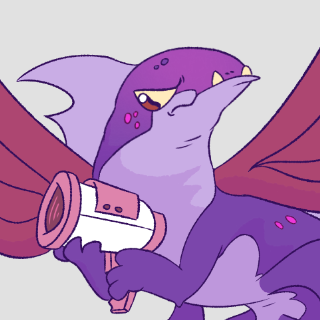 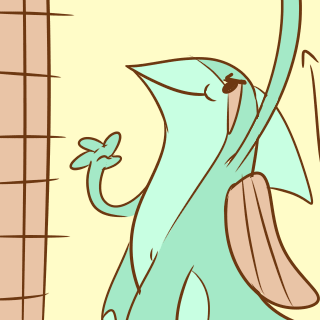 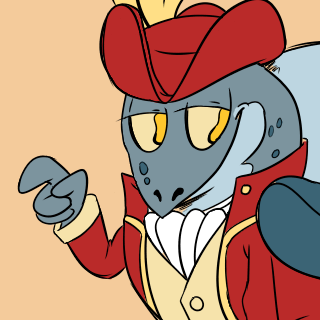 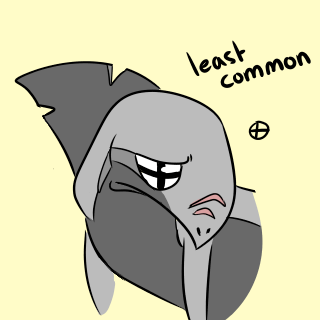 -Back to Species Menu-
< Pilgrim
Plantolk >