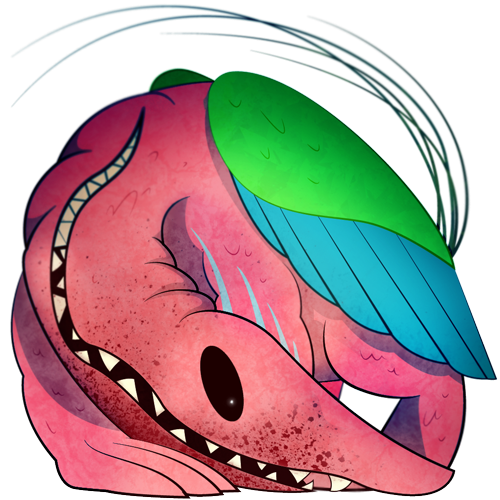 “She melted before my very eyes. I didn't move. I couldn't move, or else they'd go for me next. I had to watch.” — Survivor of a harpy raid

Type: Aggressive
Danger Level: High
Commonly Infects: Will infect avians and other creatures with wings while eating all others if given a choice. By doing this, the newly created harpy does not have to spend time and energy growing wings in advance before joining the flock.

Attack Method: Harpies attack from the sky if they have working wings, divebombing targets from the air and devouring them with their large mouths. If a harpy has eaten something else within the last few days, it will vomit up a putrid and corrosive mixture onto their next target, typically melting them alive.
Summary: Harpies are disgusting clockworks who use the digested remains of their victims to burn off the flesh of their next meal. They are one of the few clockwork types in which the majority of their members have the power of flight, thus rendering many common clockwork defenses useless.

Their feathers which are highly valued for their beauty and endless sheen are the only redeeming traits of this monster. Typically in the shape of an avian, harpies have mouths that reach into the neck and sometimes far into the torso. Their flesh is somewhat raw looking, like a freshly plucked fowl. Pin feathers stick out in uncomfortable bundles which the harpy will pull out before they can become full grown. 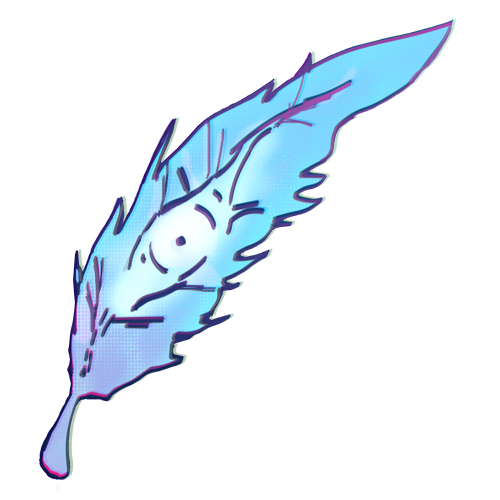 Art by Lammar
The harpy feather is alluring, yet many do not understand what about it draws them in. They see something they cannot explain.

If the harpy refuses to pull out their pin feathers, they will grow an attractive array of plumage that matches their wings. Some harpies that have a lack of metal attachments may fool people into believing them to be normal avians. The reason that they dislike this is that the infectious oil they secrete ends up below the feathers or spread out, lowering the chance of infection. It also makes it harder to fuse items to the clockwork with the feathers in the way.

When activity is low, the harpy will take roost and sleep for long amounts of time, allowing the feathers to grow in. When the harpy goes back to being active, the moment it gets angry the body's grip on the feathers loosen, sometimes causing a massive amount of it to fall off all at once. Sellers of harpy feathers will sometimes collect trap a sleeping harpy before angering it to get the massive amount of feathers. The wing feathers which are by far the most prized do not fall off during this event.

One of the most well known and feared clockworks, harpies are known for their disgusting killing methods, their massive jaws, saggy flesh, beautiful wings,and their nasty attitude. They perch high up and seek out any movement. Harpies are movement based predators, meaning that if a person doesn't move when a harpy is looking for a victim, they will not typically attack. Not moving will not work after the clockwork has already locked on and as such this defense method should only be used if the person can confirm the harpy is not already attempting an attack.

Harpies are especially greedy clockworks, often eating so much at once that they become unable to fly or even move from their spot. They do not seem to mind this though and will use all the extra food to their advantage. Should they feel threatened, they will vomit, sometimes launching the nauseating brew up to 30 feet away at their target. This puke is highly corrosive, melting weaker metals and flesh alike. Getting hit by this vomit without any protection is a death sentence. Harpies will use this attack freely, even being known to fire upon their enemies from high above.

Harpies themselves are resistant to most acids, likely so they are not harmed by their own stomach acid splattering on them, so any attacks against them should use the typical set them ablaze method.

This clockwork strain is frequently misattributed as an entirely social clockwork, but this is untrue. Harpies may flock in the same area, but they only do this because harpy nests are built faster if they gather together. Outside of nest building and roosting in the same area harpies detest each other. Once they leave the nest, harpies head in random directions unless there is one abundant source of food to aim for. In these instances, it is not so much that the harpies are working together to attack a location, but that it's just a convenient food source.

If food in an area runs low, harpies will enter a dormant state, sleeping in their nest for weeks at a time and only waking up long enough to smell if food is near. They can last for up to ten years in this state, at which point the harpies will cannibalize any others near them. They will do this until one harpy remains. This harpy is typically colossal in size and an extremely high-risk danger, as not only does it possess a high amount of power, but flesh that falls off it can give rise to new harpies.

Any dormant harpy nests are to be burned as soon as found. A well-thrown firebomb can kill around 70% of its residents in one go, or severely damage a giant harpy.

Baby Harpy: While baby harpies are a subtype of harpies, they are still the completely same strain. Harpies will time to time rip off a piece of there flesh and drop it to the floor. Harpy flocks will make sure to do this in the same area. The meat will eventually form into a new smaller harpy which will beg for food. Other harpies vomit up food for the baby harpies, and the baby harpies will, in turn, vomit up a black mixture. This mixture is what is used to construct harpy nests. Baby harpies will form the mega nest all by themselves as long as provided a steady stream of food. As soon as the nest is complete, the baby harpies will lose their ability to vomit up nest making materials and take to the skies, now considered full-fledged harpies.

Flight: The power of flight is a rarity in clockworks. Even those that infect avians will rarely keep their ability to fly. The harpy strain, on the other hand, seems fine-tuned to maintain or create working wings. This does not always work, especially if the infected is far too large, but the strain will attempt its best. It will even shed flesh and try a conversion to a lighter bone structure.

• It is believed the reason why harpy feathers are so majestic, is to attract prey to them. Many animals who hone into shiny objects are immensely drawn to it, while the fact that there's a long list of buyers of harpy feathers proves that they do their job of drawing in new victims.

• It is unknown why harpies only attack moving entities, but the hypothesis is that if harpies didn't, they would destroy harpies in the making by eating up infected bodies and harpy chunks. This would explain why extremely hungry harpies will eat even those who do not move. To them, anyone not fleeing from a harpy must already be a clockwork, or in the process of becoming one.

• Due to harpies being resistant to acid, there are a shocking number of cases of people eating harpies, mainly baby harpies, having the harpy grow inside of them, and taking the person over from the inside out. The lesson of the day is, please do not eat suspicious baby birds found on the floor. 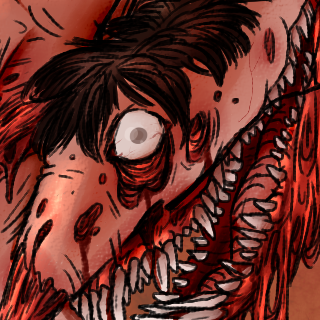 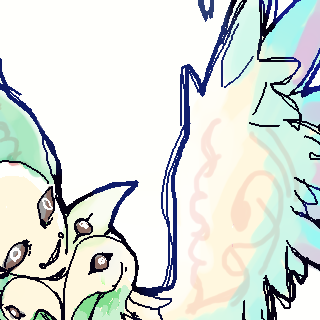 -Back to Clockwork Menu-
< Cyclops
Minotaur >