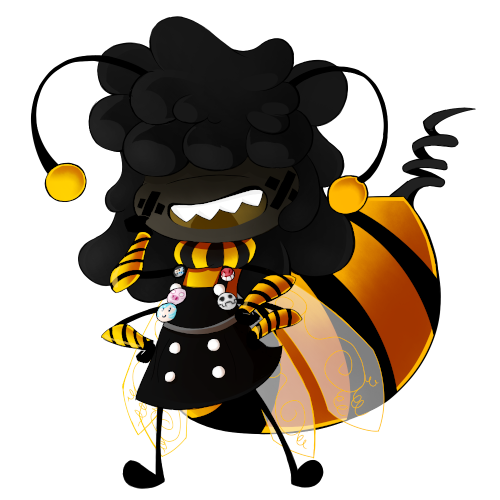 “Everybody used to make fun of my stinger, the called me short, but who's having a funny now!” — Peskotti

[Getaway] Positive trait
This character always seems to slip away at the last moment. Whenever they are in a group, they automatically escape if they try. Restrictions: This trait cannot be applied characters with agility under 5.
[Good Reflexes] Positive trait
This character is fast to think of solutions to sudden issues, and quicker to react to danger.
[False Death] Neutral trait
This character tends to fake their death when under attack.
[Annoying] Negative trait
This character is just annoying in general, either by making obnoxious sounds, snarky yet rude comments, or a large list of unpleasant things. Sometimes they may not even know that they're annoying others, which just adds to people's frustrations. They will slowly drain morale and sanity from crew members.
[Attention Seeker] Negative trait
This character wants attention. They are obsessive over it, and will do anything and everything to get attention from others, whether it's faking injuries, mental conditions, or making up any types of stories about themselves to grab a person's attention. Attention seekers may even tell half truths to spice up their stories to make themselves seem more heroic.
[Easily Agitated] Negative trait
This character is easily agitated and if not given space they can burst into pure anger or even completely shut down and give up.
[Cheater] Negative trait
This character doesn't believe in playing fair. If they see an opportunity to rig the odds in their favor, they will take advantage of it. This can land them in deep trouble if they get caught.
[Look at me!] Ability trait
Ability: Look here! When activated this character causes everyone not on their team to look at them, and if attacking they will aim their next attacks towards this person. This trait may even affect non-violent situations, such as attracting the attention of everyone as a distraction or grabbing the attention of people in an argument. Cooldown: Three times a day.

Peskotti is, for the most part, and entirely average looking vespidee, of somewhat diminutive stature. She has a head of "floofy" black hair sitting atop her head, reaching down just to her shoulders, with bangs that cover much of her face. Her most notable distinguishing feature is the corkscrew shape of her stinger, which is what earned her the nickname "Pig-tail".

Her usual casual attire, consists of a black denim jumper dress, over a gold-yellow long sleeved shirt, usually with a black and gold striped neck-scarf. Her jumper is often adorned with buttons displaying her interests.

More often than not she is found in her "Super Suit", consisting of a one piece black lycra bodysuit with a cartoon depiction of a pig on the front. She wears "Superhero" style boots and gloves in a gold color, and wears a gold "cape" tied around her neck with a simple knot.

Regardless of the rest of her attire, she is often found wearing a cheap plastic pig mask, secured around her head with a simple elastic band.

A frenetic and energetic girl, as most vespidee and apidee tend to be. Peskotti is hyperactive and impulsive, caring little for the consequences of her actions towards anyone and anything expect perhaps herself. She adores being in the center of people's attention, and many of her actions are directly related to achieving this goal. That these actions tend towards the decidedly antisocial, is perhaps telling towards her nature.

Peskotti is a rude and self-centered girl, who will do anything for her own self-satisfaction. Indeed she actually seems to revel in negative attention, particularly that which she is the cause of, few things are as pleasing to her as the sight of people angry about something bad she's done. Conversely she hates when people blame her for things she's not responsible for, and is quick to anger herself when falsely accused. She is indeed quick to anger under most circumstances, but after being falsely accused, being ignored is the one thing she can't stand. The idea that someone or something else might be more important than her and her needs drives her quite up the wall.

As with most of her kind, she is rather whimsical in her approach to mischief and mayhem. She's adopted a fairly over-the-top persona for her acts of delinquentism that, rather uncreatively, she simply refers to as "Pig-Tail Peskotti". She has a costume for it, and everything. Despite appearances of course, she is quite intelligent, and this is most evident in her "Super-villain Persona" where she concocts quite elaborate and detailed schemes to achieve rather bizarre, though not always benign, goals, with a distressing level of competence.

Peskotti was born on the secret vespidee orphanage-moon of WH-3442, and for the first years of her life lived an entirely ordinary life for an vespidee. She learned all the essential skills a young vespidee aught to know. It would have been a good and quiet life, were it not for the vespidee tendency to be jerks. During her youthful years, she was bullied quite mercilessly for her short height, but even moreso for her oddly shaped stinger, for which she earned her famous sobriquet.

She gained some reprieve from this treatment by donning an alternate persona and returning the abuse thrice-fold, but this did little to help, in the short-term.

For years she endured the embarrassments and the harassments, and the being shoved in tight spaces. But then this all changed when WH-3442 blew up. Nobody survived that incident, save for one: Peskotti. Peskotti claims that she was "tipped off" by a "very helpful little piggy" and managed to escape in a "Mostly Safe Capsule". After that she meandered the universe, stealing and causing general mischief both in and out of her costumed persona.

The villain of this story: Peskotti has an odd habit of butting in where she has no business, especially when there's a "bad-guy" to usurp. More than a few small gangs have been torn apart as Peskotti attempted to force herself upon their hierarchy. Those occasions which she has succeed, even a little, have earned Peskotti quite a bit of fortune and influence, which she mainly uses to do more of these things, with even less consequence to herself.

• Peskotti, allegedly, actually hates pigs, the veracity of this is questionable given that she often makes a point not to harm pigs when they might end up in the crossfire of her antics.

• Peskotti doesn't usually kill people, and usually doesn't try to. That said, she doesn't especially care if it happens, as more than a few unfortunate people have found out when trying to appear to her "better nature". 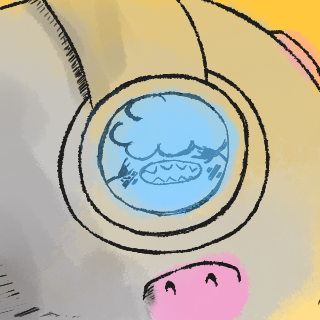