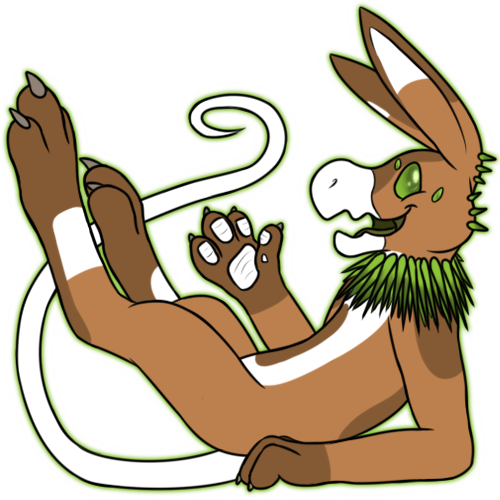 “And that, friends, is why you don't make cakes with mysterious fruits from other planets.” — Azerbanjal, relating the tale of how he got everyone on his crew incredibly drunk from cake 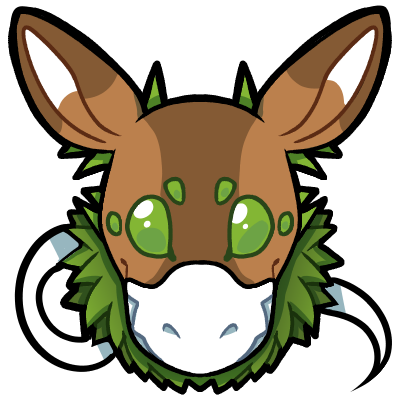 Attack Method: N'niks will typically wait for the enemy to approach and then surprise them with some form of quill attack, or bite and claw with their sharp beaks and hind claws.

[Color-Blind] Neutral trait
This character has one of many types of color blindness. While this is very unlikely to ever be an issue, it does change the way the player sees the world when being that character.
[Respectful] Positive trait
This character is respectful and will respect the wishes of others or at the very least will make a compromise. Many others will feel safer talking to this character after their first talk and talking to them raises sanity and morale.
[Easily Startled] Negative trait
This character is easily scared by various things such as loud noises, bright lights, or even their own thoughts about what might be up ahead. Not only does this character lose morale and sanity faster then most, they'll likely freeze up when a startling event happens.

While n'nik have their own gods that they have worshipped for centuries, spacefaring n'nik tend to adopt the gods of fellow crewmembers or the locals as well as their own home planet gods.

N'nik are four-legged, furred mammals with six green eyes, long ears, a long, whiplike tail, and a beak. The tail and beak will always be white. Their fur comes in various shades of brown and white, and they have a ruff of green quills around their neck that resembles the foliage of the trees on their planet. Male n'nik also have quills along the side of their face and ears, while females have a row of quills along the top of their tail, usually near the tip, and these can be anywhere from two to twenty quills. These quills can be detached with very little pain.

They are quadrupedal digittrade, with the ability to walk on only their hind legs for long periods of time as well. They have three toes, with the middle one being longer than the other two, three fingers, and a thumb. Though they do not have much dexterity due to their short digits. They have pads on their hands with small, sticky hairs similar to a gecko's foot. While this does not allow them to climb on walls, it does give them a better grip on objects, and better stability on the wet, slippery rock of their home planet.

N'nik do display some sexual dimorphism, females typically have longer fur and more complex markings, while males have shorter fur and more simplistic designs, as well as the quill differentiation mentioned above. This is not set in stone however, as some male n'nik will have long fur and/or complex markings, while some females will have short fur and simpler markings.

N'nik are friendly and social beings, they love being in large groups. They are very contact-oriented and have a hard time reading people's emotions without touch upon introduction, as such expect new n'nik crewmembers to be very physical when they first join, and even after they've gotten to know everyone, since they enjoy initiating cuddle piles when there is no work to be done.

On their home planet, the n'nik usually form large communities stemming from a single founding family and growing as the children marry and have more children. These large groups are called a quay, and are the basis for most n'nik civilizations on Collmoros. A town will typically be made up of one or two quays, while a city can be anywhere from three to twelve depending on size.

As the n'nik are low on the food chain on their home planet, they typically avoid predator-type species if their job allows, it gives them an intense feeling of discomfort and puts them on-edge. A n'nik on a crew with many cannibalistic or sentient-eater species is less likely to perform their duties well as they will spend a majority of their time in their room, and will leave the area if one of these species enters.

The n'nik were latecomers to the space age, and in fact were not even the ones to introduce themselves. Upon their discovery, the n'nik were still at a rather primitive stage in their development, akin to the middle-ages of human Earth. The vaeri had been conducting experiments on the native fauna of another planet in their solar system, and were moving on to look for new species and planets to experiment on/dump their experiments on. Thus they discovered Collmoros and the n'nik.

In exchange for "borrowing" some of the land to build scientific research centers and laboratories, the vaeri gave the n'nik one of their newest experiments, a mantis-type bug called the falout. Upon seeing the offering, the n'nik diplomat screamed and ran home. It wasn't until later that this reaction was understood, as the top predator on the Collmoros food chain is a large, faintly mantis-like bug. After the misunderstanding was cleared up, the n'nik and the vaeri formed a tentative species bond, basically consisting of "you leave us alone and we won't ask about the disturbing noises coming from your laboratories."

As Collmoros continued to become more well-known, modern cities rich with technology were built, with the n'nik selling areas of useless agricultural land to interested persons. With these cities came spaceports and reliable stellar travel, and this marks when n'nik first started leaving the planet on a large scale. While many stayed behind, too fond of their home planet to leave, many others left to explore the stars, often as diplomats and guards for crews on tense relationship missions, or chefs for space cruises.

• While some n'nik are fully color blind, a majority suffer from protanopia, or red color blindness. No n'nik have tricolor vision.

• A n'nik's quills are connected to special piloerector muscles which allow the n'nik to fluff out their quill ruff. It can go from mostly flat to straight-out like an umbrella in about three seconds.

• The n'nik have grown to rely on the falout for aid in their work, something which the falout are a little too eager to do, sometimes going above and beyond what was asked of them to the extreme, much to the chagrin of its n'nik friend and the amusement of all the others. They are not treated as slaves, however, and are compensated for their work.

• N'nik are egg-laying mammals, typically laying clutches of one to three eggs which are taken care of for about seven months before hatching. Young n'nik are called kitlings. 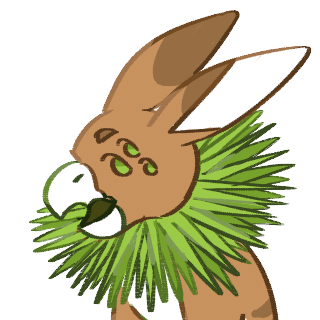 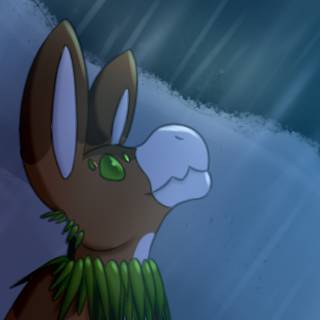 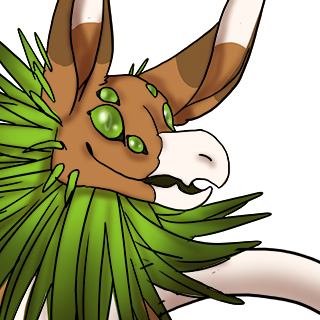 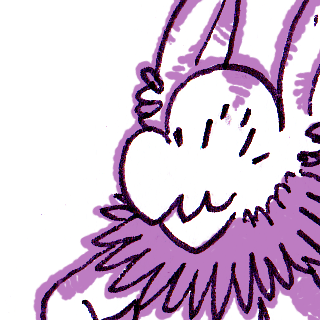