The Crawling Ones From Planet Z 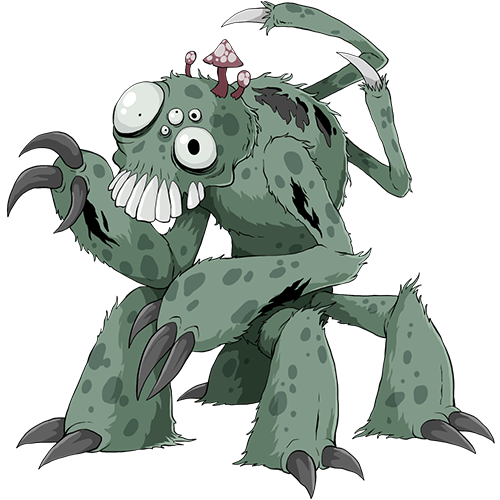 “Out there! They're coming back to life! They're everywhere!” — The captian of the first crew to land on Planet Z

Attack Method: Stingers on the tips of their secondary arms can temporarily incapacitate a foe.

[Differently Abled] Neutral trait
This character may have some form of what most call a disability. It doesn't interfere as much with daily life as you'd expect, and they chose not to have a prosthetic (if applicable) for whatever reasons they may choose.
[Detrivore] Positive trait
This character takes no penalties from eating rotten or rancid rations. In fact, it's good for them.
[BO] Negative trait
This character's Charisma score is lowered to 1 for all who can smell the repulsive odor wafting from their various, unwashed pores. Gross.

The crawlerz honor a wide variety of gods, most of which relating to the concept of life, death, and rebirth.

Crawlerz start their life as a pudgy, hairy larva creature with limited vision and movement. At about 5 months of life, the crawler then buries it's self into the dirt, creates a cocoon, and dies from suffocation. Then about another month later, the crawler then reemerges as a large, undead spider-like creature, reanimated by the spores found in the planet's soil.

The crawlerz possess four arms, and four legs. While their primary arms stay at their sides, their secondary arms stay folded against their back. These secondary arms are tipped with a needle sharp claw that can deliver a mildly venous but nonfatal sting. A crawler may possess from 1 - 8 eyes, almost never symmetrically placed and may end up anywhere on their heads. Their lower jaws are incredibly small, often covered up by their large, jagged teeth on their upper jaw. Crawlerz, being undead, may be in various stages of decay and could be missing patches of hair, eyes, limbs, skin, etc. An adult crawler can grow to be 7 feet tall, although claims of seeing crawlerz as big as 10 - 15 feet tall have been rumored.

At a certain point of a crawlez's unlife, a mushroom(s) will begin to sprout out from the top of their heads. From this point on the mushroom steadily grows in size and numbers, and ultimately leads up to the crawlerz's second death after having consumed their brain.

Crawlerz are most characterized by being slow, both in movement and mind. Whether this is due to feeling comfortable with this slow pace living or the fact that there is literally a mushroom rooted into their brains is unclear. Motor skills vary, a crawler can be exceptionally agile for their species, to only being able stumble from place to place, often with a limp or stagger. Same goes for the processing of information, while some could have a sharp wit, others may be completely unaware of their surroundings. For example, a crawler may be hit with a blunt object and it may take several minutes before they realize that someone had even hit them. Despite this sluggish demeanor, crawlerz excel in jobs that require repetitive tasks with clear instructions.

For the rest of the universe, many view the crawlerz as mindless, flesh eating monsters. This is partly true- after what their race calls 'Second Dead', a crawler may raise up from the dead again under complete control of the mushroom growing in their skulls. Second death crawlerz are violent, feral, and nonverbal aside from screeching and clicking. These crawlerz crave meat for the rest of their 'lives' to feed the mushroom growing into their bodies. First death crawlerz live alongside these monsters peacefully, as they only hunt for living flesh rather than their decaying kin. First death crawlerz even regard second death as an ideal future, and celebrate the reanimation of their loved ones in ceremonies comparable to that of birthday parties.

Both first dead and second death crawlerz share a fear of fire, while their living infant counterparts are fatally attracted to it.

Much of the crawler's history is shrouded in mystery. The main reason for this being that the race apparently has not been around for very long. Only in the last thousand years the crawlerz had been discovered and as a result, integrated into the space age. However research into their past comes up blank; There are no stories of ancient civilization, no books dating far back into the past, not even fossil records of the Planet Z's earliest organisms match up with the crawlerz species. It is as if that, past a certain year, the crawlerz species had entirely not existed, leaving room for myths and speculation as to why an entire race would suddenly appear for no apparent reason.

The biggest clue to the crawler's history is almost entirely impossible to explore for any researcher, a holy ground that is entirely populated by second death crawlerz that attack anyone that approaches the site. From witness claims, it appears to be a ship of unknown origin, entirely covered in plant-life and mushrooms identical to the ones that grow off the crawlerz. No one has lived to tell what the inside of the ship looks like.

Xoynks: The much smaller and quicker cousins of the crawlerz, the xoynks make up for their size and poor strength in speed and agility. By adulthood the xoynks may only reach 3 - 4 feet in height, may only possess 1- 3 eyes that take up a majority of the space on their heads, and have developed legs built for leaping great distances. Many of the main crawlerz species detest this subspecies simply because they move too fast for them, pushing them to live outside of the major cities. By nature, xoynks are mischievous pranksters that enjoy sneaking back into the cities and homes of their cousins, hiding in general dark areas like attics, basements, or underneath beds. Harsh lighting hurts their eyes, and direct sunlight may permanently damage their eyes if they're not wearing anything to protect them.

• While the crawlerz lifespan is listed as 4 months, that is only their "technical" lifespan. Undeath may last up to 500- 700 years, second undeath lasts indefinitely, until the mushrooms have decomposed the corpse in its entirety, including the bones.

• Before the discovery of the crawlerz became widely known throughout the universe, the distribution of crawler larva as a 'cute pet' became popular for their low maintenance and their "cute" appearance. Needless to say, most owners of these grubs were shocked when after only a few months the larva eventually buried themselves alive and died without warning. Although far more uncommon these days, some shady merchants may still pass off the grubs as pets to uninformed strangers.

• The mushrooms that parasitize (or one may argue, symbolically live in) the crawlerz does not infect any other known species. These mushrooms have become a rare delicacy in some parts of the universe, and have said to have medicinal or even magical properties, including extending one's life span, heal injuries, or promote one's growth.

• As the crawlerz species has circulated throughout the universe, so has their affinity for film making. Crawlerz are primarily known for making horror and art films, airing their biggest hits on any planet that allows them to do so. However, crawlerz do not see the large majority of their films to be horror movies, some are even marketed as kids films despite the depictions of gore and violence. 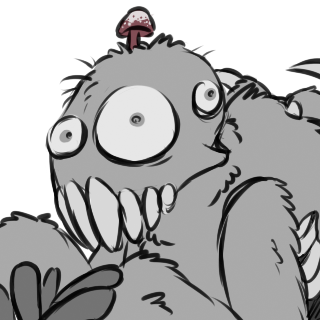 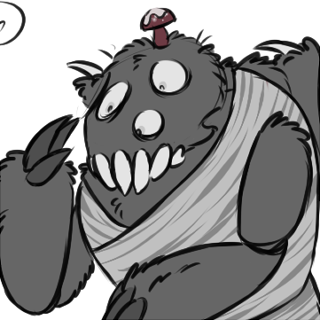 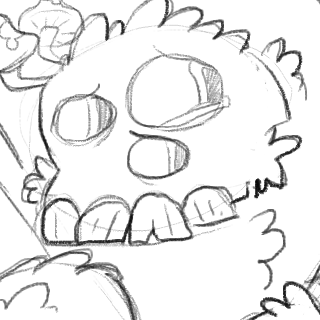 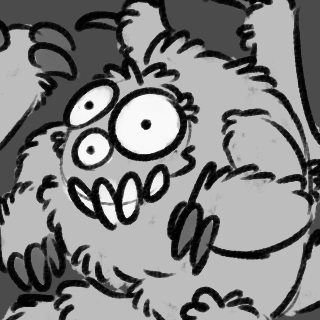 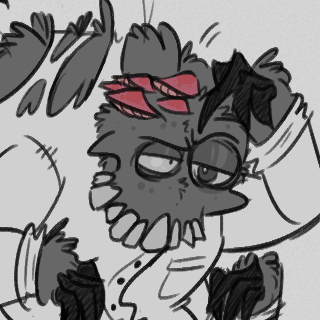