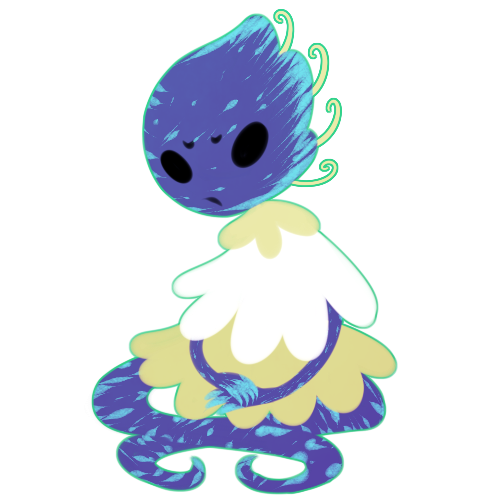 At first glance, it would be easy to assume Nafi is just another one of Ruhi's vessels. Their skin is deep blue with brighter blue splotches all over their body, and four green tendrils sprout from the typical three tufted crest on their head, all of which is slightly uncommon but not so uncommon as to be notable. The ring of petals around their neck is white and similar to a jasmine flower in appearance, rather average for a ruhi, and they dress quite plainly for a vessel, in contrast to Ruhi's typical attention to beauty even when impractical. The most visibly abnormal thing about them is their lack of a second pair of arms; Nafi claims to have been born this way, and for it to have been a relatively rare but still not unheard of mutation when they were young, now snuffed out entirely in their species.

Nafi has some other key differences to ruhi vessels, however. The most significant of these is that they are not a vessel at all; the top of their head lacks the typical scar all ruhi vessels possess, as they never had a chip inserted into their brain in the first place. They are completely unconnected from Ruhi in every way except for the fact that they share a species, making them the last known individual ruhi in existence.

Nafi's air is that of a fundamentally nervous person. Like Ruhi, they are prone to inattentiveness, but for a very different reason; their eyes are always darting around, searching for attackers. They are constantly afraid of being captured and either merged into the hivemind or killed, even if none of Ruhi's vessels are on the planet at all. As such, it is very hard to sneak up on them, but if someone does manage to startle them, their first instinct is to bolt; once Nafi is gone, it can be nearly impossible to find them again, as their high amounts of speed and luck mean they're both very good at running and very good at finding places to hide.

They are, at their core, spiteful, bitter, and utterly paranoid, unable to trust people no matter how well they are treated. Although Nafi will not actively wish harm on strangers, they will not go out of their way to help anyone in distress either, as they are so distrusting that they never feel like they can be certain the person isn't just pretending in order to lure people - or even worse, lure specifically them - in. And if Nafi isn't certain if a situation is safe, they usually don't pursue it at all; they consider living the only act of rebellion against Ruhi within their power, and so want to stay alive more than anything else.

Nafi does not and has never had any long term friends, and is too suspicious of others to easily gain them. If asked, they wouldn't say they are happy living like this, but happiness isn't on their mind; survival is. They will survive on their own terms no matter the circumstances or the costs.

And so, they are perpetually alone.

Nafi is the only source on their own early history, as the only other witness, Ruhi, refuses to speak of them under any circumstances beyond insisting that nothing good can come of interacting with them. Nafi was born thousands of years ago, back before the incident that led to their species merging into a hivemind, and was just a child when everything, in their words, fell apart, but if asked they will claim to remember it all as clearly as if it happened moments ago.

Ruhi describes the event as very peaceful and the merge completely voluntary. Nafi does not. The majority of the rest of this section is information collected from speaking to Nafi and is thus their telling of the story; as a result, this should be considered their perspective rather than an absolute truth. Nonetheless, it is a version of ruhi history that is so different from what the hivemind claims that it is of some note.

According to Nafi, it's true that their species faced calamity when the smaller of the planet's two moons' orbit was discovered to be in such a decay that it would crash and wipe out a good chunk of life on Jisa if nothing was done. To that end, Ruhi's account is accurate. However, Nafi says the situation was much more complicated than Ruhi's claim is that all ruhis joined together peacefully; Nafi instead describes the merging of the ruhis as not the actions of a species setting aside its differences to work towards a common goal, but instead as the results of a cult that managed to amass a huge amount of power by playing on the public's fears. Their promise was simple; countless ruhis would die no matter what they did, but if they all become one, then as long as one lives, they could all live on. As time went on and it amassed more and more influence and power, the collective then began hunting down and forcibly collecting and connecting anyone who refused to join willingly.

Nafi's family saw all of this, took them, and ran, and so they spent most of their early life in hiding, but over time the group they were traveling with dwindled as many got captured and many others died. Nafi figured they too would die soon enough anyway, when the calamity the older ruhis in their group used to speak of came to pass, but unbeknownst to them, the collective - which at this point had absorbed the vast majority of the ruhi population - had actually managed to figure out a solution to the moon problem, albeit one that still allowed massive chunks of rock to crash into Jisa. At this point, the majority of the remaining individual ruhis either joined up with the collective to get access to the bunkers they'd built, or else perished.

Nafi is the only survivor of this that they know of; everyone else either caved in and merged, died in the impacts, or died as a result of massive famine caused by the havoc the impacts wreaked on the planet.

When, thankfully peaceful, aliens discovered Jisa, Nafi immediately hopped on the first ship they could to get out of there and hopefully find a more stable living situation away from Ruhi's many eyes. Ruhi, of course, ventured out into space themself soon enough, and the majority of Nafi's time is spent hiding from them, even going so far as to attempt to leave a planet as soon as possible if they even hear a rumor that a vessel of Ruhi's is on its way.

Nafi is the only remaining obstacle in Ruhi's path to completeness, and according to Nafi, even if this leaves a massive target on their back, they intend to stay that way.

Escape Expert: Nafi has spent thousands of years escaping Ruhi's billions of eyes, and as such is incredibly experienced at evading capture and living off the land, away from prying eyes. If they are found, it is almost always because they allow it. They would rather die than be captured, but they would also do anything they can to survive, believing that the fact that they've continued to live is the only action within their power to spite Ruhi with.

• Ruhi never refers to Nafi as Nafi, only "the me that is not me" and other titles like that. If they do call Nafi by name, they modify it so that it no longer ends in an -i, for example Nafu or Nifa. The reason for this is unknown.

• Nafi occasionally takes temporary jobs as a cook on crews in exchange for passage to the next planet. They only do this temporarily and only if they deem the mission to be safe enough for them to feel like taking the risk of being in an enclosed space with a group of practical strangers is worth it.

• There is one situation where Nafi loosens their preoccupation with avoiding getting Ruhi's attention: every now and again they'll make their existence known to them in some way. This is usually done right before they plan to leave a planet and thus when they have less to lose if Ruhi somehow manages to figure out their location anyway. When asked why they do this, Nafi replied, "I'm not letting that asshole forget I'm still alive." 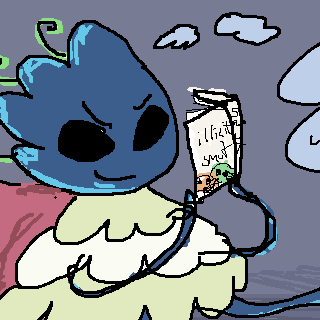 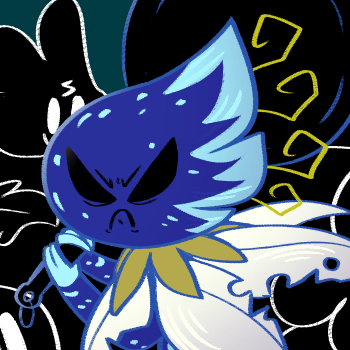