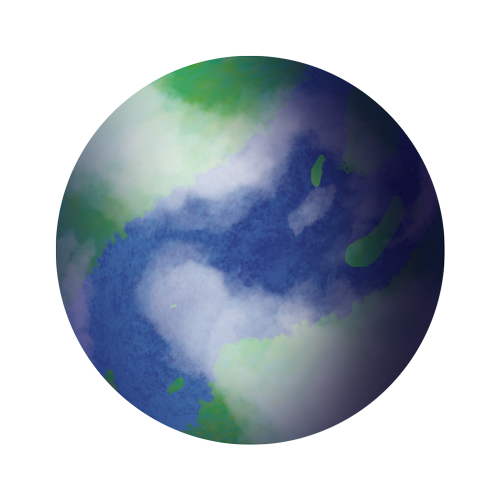 “So the guy tells me, that looks like a dog to me, but I tell him, no that's not a dog! That my friend is a bird. He goes to me, "What aren't birds then?" and I laugh. We can spend days guessing what aren't birds.” — A guy who knows what a bird is

With many grasslands and forests, to some Taiaptor is a paradise. Even the colder regions appear to have a peaceful look to them. A person visiting the planet will find something quite strange about the fauna. Nearly every animal on the planet, barring fish and most insects are avians. From small birds, hopping from tree to tree, to birds that dig hug holes in to the land, and even birds who dive deep in to chilly waters and hold their breath for up to an hour, nearly everything on Taiaptor is in fact a bird.

Even with its highly varied landscape not one place isn't filled with birds. The most important bird on Taiaptor is the aftik, the dominate species. The aftiks are non flying birds who use their great speed and their communication skills to get ahead, but even they are considered prey animal on a planet where certain birds are the size of trucks and swoop down on their helpless aftik meals.

The aftiks have settlements dotting the planet, but most of it is still untamed and free like the birds in them. Aftik towns and cities are upbeat places where it appears there is not one worry in the world. Most aftiks run on the barter system on their home planet, but are willing to take money knowing they can use it to then order items they need to be delivered. The government on the aftik planet is nothing but a puppet government set there to keep the aftiks on the planet and producing the most needed commodity they have to offer, more aftiks.

As a protected planet Taiaptor cannot be attacked. If attacked may species would counter attack quickly, possibly even taking this as a reason to take over the offender's home planet. Any issues that happen on the planet such as a food shortage is quickly solved to keep the aftiks in a good mood, as when aftiks are unhappy they are known to eat their young, which is just what the universe doesn't want.

To some Taiaptor can be far too noisy, with birds bringing loud chatters to greet the morning, and delightful songs to wish it goodnight, to others, it just simply is the paradise they've been looking for all along.

The history of Taiaptor is foggy at best. From fossil records it is clear that at one point the planet was populated by a lot more than birds, in fact it had a high variety of living beings on it, then suddenly, nearly everything died out. From the records, it seems something very strange started growing aggressively across the whole planet, a fungus. It spread everywhere, even in the coldest of places, and at the same time it spread, everything around it would die out.

It's thought that the fungus would infect and feed off of creatures and was so good at its job that it was able to kill nearly all life that walked on the ground. This event even nearly killed off all birds, as many would land only to presumably be infected by the fungus and killed. Oddly enough the fungus seemed to not climb up, or be able to infect trees, as such any animal that stayed up in the trees for their whole life would be free from the killer below.

Sooner or later, the fungus died out as it was so successful nearly everything it could consume had been killed by it. Over the next few millions of years the birds slowly evolved to fill all the niches that were left behind. The most successful of these birds were the aftiks who went from being sharp toothed river fishers who hovered over the water waiting for prey, to quick land runners. They would slowly populate the planet with their kind, until one day notail visitors came to their planet.

At first the visitors assumed that the aftiks were highly primitive and should be considered close to animal in form, but then the aftiks quickly picked up on their language in mere minutes. This special trait had quickly put the aftiks and Taiaptor on the map. Aftiks were discovered early in history, and as such have been a major key player in the development of the universe as they could translate nearly any spoken word.

Today Taiaptor lives in peace, protected from the harshness of the universe, and as such nothing much of note has happened on it.

Wonearu: The biggest city on the planet, Wonearu is the hub for picking up new aftiks, ready to head in to space. The aftiks here are more willing to take money as opposed to items. Wonearu is considered a great tourist destination, as even though prices are hiked up, the place is delightful, clean, and the residents are happy to help, even if some of them might scream at the person who needs help while doing so.

Squawank: A small suburban area, Squawank is where aftiks looking for a quieter existence closer to nature can be found. Squawank has a nice mix of plains and shore aftiks, but has an unfortunate downside of being surrounded by thick forests. While one might enjoy the idea of heading in to the forests, the forest are good covers for giant feral aftiks who erupt out of the forest once night falls. They have a saying in Squawank, "Beware the green light at midnight" for it is the glowing patterns on feral aftiks that lead many to their doom.

Northsheet: It's hard to tell where Northsheet starts, and where it ends. The polar aftiks who live in snowy Northsheet are constantly moving as their food source is constantly traveling. While many would call a trip to Northsheet more trouble than it is worth, some know it's more then worth it. The polar aftik are known for their fine craftsmanship which can be to die for. Considering the beast known only as the death bird, the biggest bird on the whole planet at a staggering size of two semi trucks, can only be found in the area of Northsheet it's not too far fetched to expect death when visiting Northsheet.

Friendly population: Not only are the aftiks on the planet friendly, but many birds on the planet are so tame they will fly down to eat from the hands of anyone who offers as long as they do not look like a bird. If the person looks like a bird they can become aggressive if it's a species of bird that is commonly eaten by other birds.

• Most aftiks on the planet do not use any guns or bows when hunting, rather finding it easier to use spears, swords, or their own claws and teeth.

• Aftik ivy, a type of ivy that grows constantly all over the planet and has a striped pattern is highly poisonous and should be avoided if possible. While aftiks are immune, just touching it can lead to rashes for weeks.

-Back to Planet Menu-
< Taialnondemi
Taika >