“We're pals! Pals until the end, don't worry about that. And if you want the end to be a little sooner, well, I wouldn't mind that either...” — An unidentified Skarv

Attack Method: Rely on host to take the enemy out.

Skarv do no seem to honor any gods.

Skarfes are entities made of two beings. The main one, "the true skarv", is the one who looks like some type of fabric worn around the neck, such as a bandana, or shawl; but usually, a scarf. They are oily black, looking as if they were made of tar, though they are not greasy to the touch. They have a varying amount of glowing, colorful eyes all across their bodies. The position, color and pupil shape of these eyes also vary greatly. It is believed that a skarv that looks like a really long scarf is a wise and powerful one, who has lived for hundreds of years.

The second half of a scarv is a stone automaton, which takes the role of being its host. However, these golems are more like a mindless animals — and because of that, skarfes don't see a problem with using them as bodies and feeding on their brain waves. Stone golems vary with appearance, much like their controllers.

Sometimes, other species allow skarfes to be their hosts in exchange for various mental modifications. These include healing some psychic problems, giving attributes like controllable berserk powers or invulnerability to pain. Even a lesser psychic power could be given, if the brain of the host is durable enough to survive using them. However, this deal has its dangerous side; if the mind of a skarv's host becomes hopeless or if they lose their conscious mind, becoming like an animal, the cloth-like alien will put them out of their misery, overtaking its host's body and becoming a "neo-skarv". Due to this, some other species distrust their "two-faced nature", likening a deal with a scarv to a deal with the devil.

Skarfes are highly intelligent beings, able to create quite eldritch-looking buildings and inventions. Observant, fast-thinking, sometimes cunning. If their host was a villain, a skarv would be the best sidekick butler they could ever have. They often repay the people who did something horrible to them with distrust and passive-aggressive hate, making skarfes a race of unforgiving creatures. It's unwise to be enemies with them. However, they are also known for being very good therapists, as well as being very loyal and supportive to their hosts.

There is little to no information on the history of the skarfes. However, there is an ancient tale that long, long ago, a cosmic, sapient ball of yarn fell on Laniakea. Many skarfes swear that the story is true, but most people have a hard time believing it.

• Despite very few skarfes actually being fashion experts, many of them claim to be. They are, coincidentally, always at the height of fashion.

• Skarv symbiotic relationships are outlawed on some planets for their possible negative side-effects and moral quandaries. Many of these planets only outlaw relationships with species other than the stone golems skarfes often use and animals, but it's been known for planets to imprison a skarv feeding on the golem's brain waves for "animal abuse."

• Although the plethora of eyes on a skarv function, they do so very poorly, and so a skarv almost always relies on the eyesight of their host to see around them. 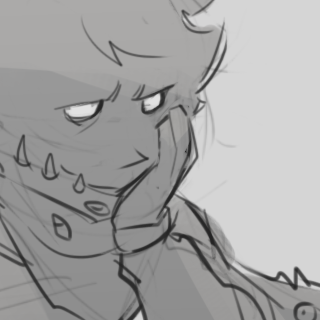 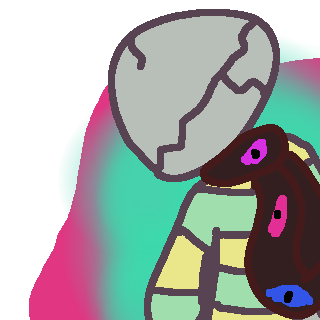 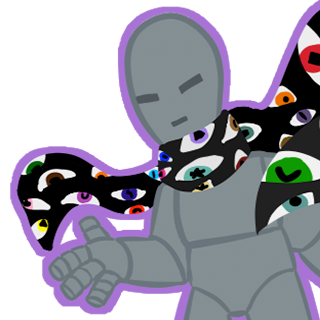 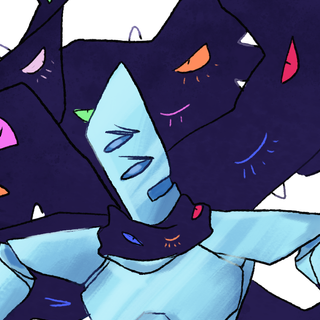 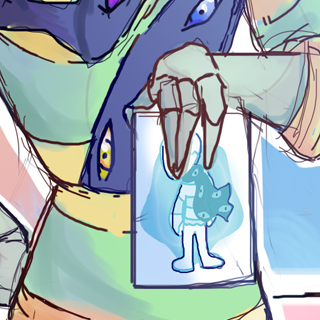