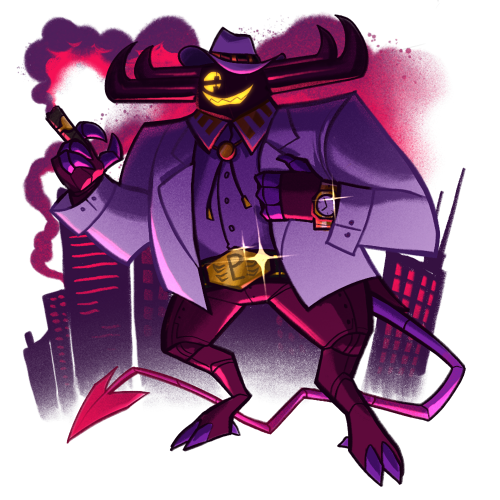 “Who do we work for? Well I ain't saying any names but it's the Big Man underground. Can't say more than that.” — Contactors when asked about their employer.

Likes: Hats, Family, Hard work, Ambition, Money
Dislikes: Liars, Lazy people, Pirates
Attack Method: Always is in the front lines. Calls for backup from his family and proceeds to attack as a team.

The common Pluto ship is commonly called "The place we work" or just "The Pluto."

Pluto adds +5 to charisma to any species that is his consort.

At a large and imposing 16 feet, a Pluto isn't a bot one would take lightly at first, but he is an AI many will come to enjoy his company over time. A Pluto unit commonly has 6 horns, 2 of which tend to be hard to spot with the other two in the way. The face of a Pluto commonly has a large tooth grin in an attempt to ease the tension of the boot looming over, but many times it tends to only add fear. A Pluto's main form of expression is via its 4 eyes, the top two of which it can black out, making it appear to be eyebrows.

A Pluto's face, and entire body is split in 2 parts that are then put together when being created. This gives them a visible split down the center, and only in extremely rare cases the two halves of the Pluto are differently colored. These Plutos are considered extremely valuable collector items, but only if it has its original shell. On the top of a Pluto's head is a hat most valuable to them. They feel that the hat assists them with getting along with new people, and with luck in making money. A Pluto that has lost its lucky hat will either enter a great rage or depression. Plutos are not given hats when they are first made and thus, find their "perfect hat" through life events. Many Plutos try out 100s of hats before finding the one.

Plutos are highly upper body heavy, with quite large arms, and legs with commonly only three toes keeping it all up. While they look highly unstable Plutos are extremely hard to tip over. Unlike many large robots a Pluto commonly wears clothes and most strikingly wears a large heavy belt, which depending on how rich the Pluto is can range from cheap plastic to being covered in rare gems.

Lastly Plutos have long tails, commonly ending in an arrow, but may also end in other things such as the symbol for points, or company logos. Many people see the tail and horns of a Pluto and may think it is a Mors unit, but one word from its booming voice blows away all false thoughts on the matter.

First and foremost, a Pluto is a professional businessman. While Plutos are known for their antics and eccentric lifestyles after hours, when it is time to work a Pluto goes above and beyond the call of duty. It would be wrong to say that a Pluto doesn't have eyes for money. From the moment it is created, to his last living second, a Pluto is thinking about how to get rich. It does not wish to hoard its wealth, if it is a freed Pluto, it wishes to share quite fairly with its crew, provided that like the Pluto they work for their pay.

The moment a Pluto is turned on, it starts figuring out a way to pay the person who brought it so that it may form its own business. If the person refuses to allow the Pluto a way to earn his freedom, he will refuse to work, and in one of the only cases a Pluto is willing to play dirty and dishonest, will attempt to sabotage the business it is being forced to work in. This could range from peaceful protests, to full on destruction of property and even murder of the owner and then escaping.

A Pluto can be very untrusting of those he first meets. One must prove themselves to a Pluto that they are an honest person, else the Pluto will reject them, unwilling to work with them. A Pluto expects people he works with are either extremely skilled, or highly ambitious and willing to learn. A person who does not fit one of the two are ignored.

While seemingly cold at first, a Pluto is friendly and loyal, treating all the people he works for, or work under him as family members. He always attempts to figure out how to take trips with his crew, and what they enjoy. When an outsider attempts to get into the group he returns to his colder state, attempting to size them up and shoo them out if they do not prove themselves. Plutos are very attached to having objects that show how much their worth, such as their belt buckles. They are highly proud to show off what they got, and fawn over the accomplishments of others, but there is nothing worst to them than a liar. No matter how close he was to the person before, Pluto will always shoo away a liar. Plutos feel betrayed that someone would not trust him enough to admit the truth.

Plutos speak in an accent described as "western."

Plutos are mainly used to be watch over the workers and make sure everyone is in tip top shape. They are master recruiters as long as the company is willing to give him time. Plutos build large profiles of people currently working, and people who wish to work, and run a simulation of how compatible everyone is.

Plutos can commonly be found working in large scale drilling, mining, and planetary scale landscaping, as well as defense operations against pirates. No matter what the job they attempt to assist on the front lines so that they may correctly figure out what are the personal needs of their employees. As they gain a bigger company they will find themselves sitting behind a desk more and more often but they will never stop trying to make time to visit the front lines.

Proserpina: Pluto's wife. He stole her away to be taken to the underworld. While she has warmed up to him she refuses to forgive the fact he believed he had to kidnap her instead of his asking her like a normal person.

Neptune: On the rare times Pluto takes his boat out to see Neptune they tend to have a friendly but short chat. Pluto doesn't want to stick around Neptune for too long, knowing that his brother will sooner or later start asking him for goods, but he's still family to Pluto, and thus he takes trips to visit him anyway.

Jupiter: When him and Jupiter meet up it is common for them to have short scuffles. These are normal and they normally have a good laugh about it afterwards. It is highly recommended to stay out of the way though.

Pluto is one of the few gods that keeps the balance of money in the universe. With the death of Pluto money slowly becomes unstable and prices, mainly of gas, may randomly hit rock bottom, before proceeding to skyrocket in to impossible prices. Being the god of the underworld and one of its kings, Pluto makes sure the underworld isn't sent into pure chaos.

As the player's patron Pluto will always cause crew members to haggle for lower prices whenever there is a 100% chance of it succeeding, as such the player no longer needs to attempt to figure out when it is fine to haggle and have to worry about the downsides of a failed haggle. No matter what characters will always be able to haggle down the price of fuel even if their stats are low with Pluto's power. Pluto can tell the player where all the nearby shops are, public and hidden.

The most important power of Pluto though is that he is a portable shop. The player will be able to buy anything from Pluto and it will be instantly summoned to whoever the player needs. This power is great for those who keep forgetting to pick up supplies and run out at the worst possible moments. Pluto's items are fairly priced, but his items are second hand and often times quite badly maintained.

Pluto is a very picky god and rejects player who aren't up to the level or ambition he wants.

Godheads of Pluto wear hats, gain horns and a tail, or they become contractor versions of themselves. The godhead will be able to make deals with other characters and nearly never fails a check. Strangely many people appear to be under a spell by the godhead, unable to stop listening to their sweet sales talk and people listening become irrational, commonly buying into deals no one would ever take.

Pluto is king of the contractors and is the one controlling them and posting strange jobs for them to fill out for more money and power. No one is currently fully sure why he is doing this, or if there's any reason at all. It seems he may just be posting the jobs because he has too much money and nothing to do with it.

• Plutos commonly start their empires by selling used cars and ships. They are highly known for their graceful way with words.

• Pluto units do not fully understand why Greek and Roman AIs have large fights over being Greek or Roman. Pluto units seem to think that every AI should be on the same side cause "We all have the same blood."

• Mors units tend to stick around Plutos and give the Pluto advice. Due to the fact that Plutos also tend to have contractors hang around them, people have come under the false impression that Mors units are in fact young contractors. 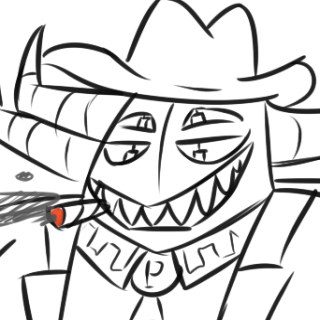 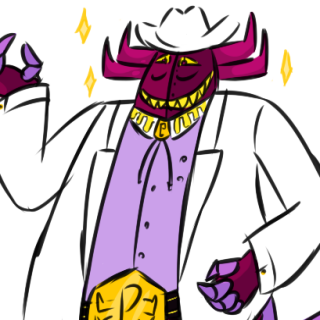 -Back to AI Menu-
< Phoebe
Poseidon >