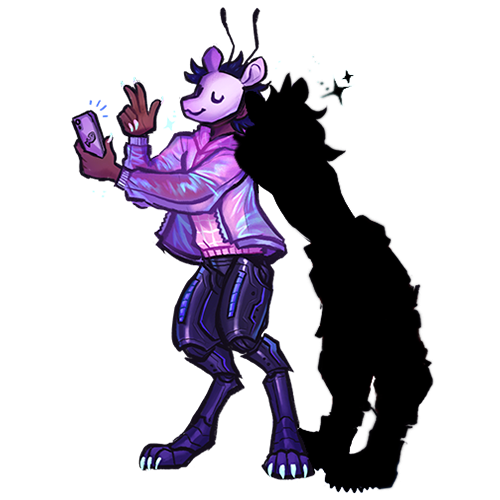 “Oh I see! I was going to tell off who ever the captain of this ship was, maybe even fight them to the death for leadership, but a geckrechaun? I just can't lay a hand on them mate. uvu” — O-5 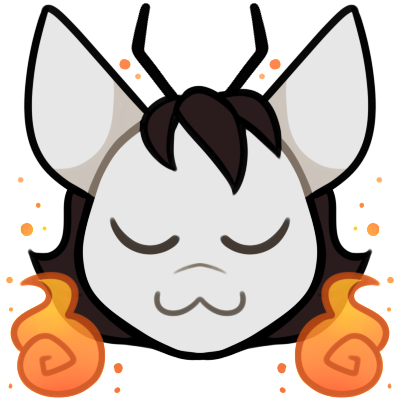 Job: Notail Leader of the E-class and Q-class
Likes: Battles, Beasts, Danger, Clockworks, Rats, Kangaroos
Dislikes: Lazy people, Those who are quick to judge
Notable contributions: He is the head of all clockwork research and has defined many types of clockworks. O-5 controls all of the E-xplorer and Q-uarantine class notails.

O-5 is a notail who many find certainly off when spotted. His mask that resembles a kangaroo or a rat? Just fine. His grey and other bland colored shirts which he always wears unless someone has him wear something else? The utter norm. What he does to bring people a sense of oddity is having prosthetic legs made of metal, which to notails is an absolute social crime. Unlike most notails O-5 believes it is fine to replace missing limbs with that of iron and steel. O-5 rather enjoys his metal lower half which is digitigrade and allows for easy jumping. He askes for his lower body to be completely taken off and replaced for all of his upcoming clones. While rare sometimes this request cannot be completed in time due to complications such as needing more time to create a new pair of legs. When this happens O-5 just takes medical leave as he refuses to work unless utterly necessary under said conditions.

O-5 always wears at least two dog tags. Many assume that the tags must come from comrades who have fallen in battle, but this is untrue. O-5's tags come from people he has killed. He wears them for the amusement in the fact that the tags will never be able to get to their rightful place of rest. Whenever he gets bored of a particular tag he tosses it into his collection, likely to never see the light of day again and waits for his next opportunity to get new tags. If O-5 isn't wearing any tags it is a clear sign that he knows where he's going to get his next round of tags from.

O-5, like most notails, is highly impersonal and always on the move, heading to his next task of the day the moment the other is finished. Most would assume that O-5, being of the highest class of notail, would be quick to tell everyone about it so that he may use his status as a tool to get what he wants, but this is not what O-5 does. O-5 never brings up his status, and while he is required to wear his letter and number on his shirt he hopes that many of the people he meet either do not notice it or do not know what it means.

O-5 is amused by how people judge him based on his looks and actions rather than his class. He finds this judgment most interesting and always keeps notes on what these people think of him. The people O-5 hates the most are people who call him an abomination for his prosthetic legs. When O-5 meets people like this, he is quick to kill people like those with a swift kick. He can normally get away with this, but even if he can't he doesn't see being left on Prison Planet as an actual punishment as his next clone will never remember it.

O-5 can be rather quiet at first. He is interested in reading the air and attitudes of everyone around him if he doesn't know most of them, or if he is in a rather new situation. Once he has his readings he becomes fairly chatty and calls everyone he meets "mates" instead of subjects like most notails. This may rub people off the wrong way as many assume that O-5 is attempting to trick them by acting friendly but this is not the case, he just rather call people mate instead of subject when he isn't testing on them. As such him calling someone a subject is considered a fair warning that he does not like the person and they should watch out before they find themselves mauled by O-5.

O-5 is by far one of the strongest, if not the strongest of the O-class notails. Many feel that O-5 is "cheating" because of his prosthetic limbs, but those people are eliminated rather quickly due to his "cheating" ways. O-5 is always docile until the very moment he goes in for a kill, after which he returns to his completely docile state. O-5's attacks are always physical attacks with his legs or hands, only using weapons and monsters to battle as a last resort. His most common attack is simply leaping high in the air and instantly killing his opponent by crushing them.

O-5 rarely shows any visible anger before, during, and after an attack. This can make figuring out what someone did wrong very difficult. This isn't helped by the fact that after the deed is done O-5 rarely wishes to commentate on the event, usually stating that "What's done is done, mate." This attitude extends into the rest of his lifestyle, where he will blow off situations, especially negative ones, with the same comment as soon as he cools down. While many take this as O-5 being quick to let things go, this could not be farther from the case.

O-5 is infamous for his passive aggression. While in the public eye he is cool, calm, and in control until the very moment he attacks, behind closed doors he's something rather else. His best friend is O-4, also known as Princess. The duo is known for their passive-aggressive tendencies and while most of these rants never get out, a few have leaked time to time, showing their biting inner comments. O-5 never comments on any rants that are found to the annoyance of anyone attempting to kick up drama.

O-5 and Princess are the most disliked notails within their O-class group. When not working O-5 travels and hangs around Princess. The two seem to have a rather strange relationship to outsiders, one where empty complaints and nitpicking about other people with no backing to them is the norm. Where insults about each other are taken more as a joke than valid complaints. Why they are both like this is an utter mystery.

Overall O-5 is a rather normal notail, one who is forward thinking and always looking for their next task, and is strangely docile and friendly when one stays out of his way.

O-5 was born a Q-uarantine class known as Q-2756. Q-2756 had trained his whole life for the job, and when he came of age he was allowed to head into the woods of Eukaryote. He did so with no fear. Q-2756 was promptly mauled by a bear.

Though the bear attack caused quite a bit of a damper on his moment, he was able to kill the bear using only one of his fists. While his legs were ruined he was able to survive for years in the woods until he finally got to the end of it. It was much too late to save his legs, and he decided he wanted prosthetic legs instead of using the legs of another living creature. This was consider a wrongful idea, but it's what Q-2756 wanted and being a Q class, a lowly rank, meant that they figured he would die sooner or later anyway.

Q-2756 was commonly mocked by other notails for his legs, but he did his job of containing clockworks and other deadly sicknesses quite well. One day there was a rather big and important mission. A hydra clockwork had infected a city on a notail planet. Many Q-classes at the time were gathered up to slay the infection, including the O-5 at the time, who was the leader of the Q-classes. The O-5 at the time had taken a large group of notails with him into the source of the infection, the main hydra body.

Plans quickly fell apart as O-5 was killed, along with most of the group, leaving Q-2756 and a few others to deal with the clockwork. Through skill, and his high jumps due to his legs, Q-2756 was able to kill the hydra's main body, but everyone else in his group had been killed. When other notails came upon the scene they thought that after killing the hydra, Q-2756 had killed O-5, as O-5 had been killed by friendly fire. Q-2756 did not kill O-5, a fact he only admitted to ages later, but he did not deny killing O-5 originally. Everyone assumed that Q-2756 had killed the clockwork, which he did, and then rightfully killed O-5 for doing a poor job at helping his team, which he did not. As such Q-2756 became the new O-5.

The other O-classes disliked him instantly but he was able to quickly prove his worth. Due to his prosthetic legs he was put back on clockwork duty, running and managing the burning, containment, and also research on the horrible creatures. O-5 was gladly up to the challenge and took the job without complaints. Over time O-5 gained a sort of respect for clockworks, and how they survived against all the odds stacked against them. O-5 has made many of the labels and names for clockworks, as well as most of the notail ran clockwork programs. O-5's work into clockworks has helped the universe better understand why they should be so feared.

Like all O-class members, O-5 is constantly cloned and replaced after death, and every O-5 carries the memories of every O-5 before him.

Freakish Strength: O-5 has an amazing amount of strength, picking up things that look like he shouldn't be able to, or moving things that seem far too big for a simple notail to move. While many are quick to assume it's all because of the legs, it's both due to his training and his legs. Even without using his legs he can inflict deadly blows and move heavy objects.

• O-5 isn't liked among his other O-class peers and many silently hope that he is killed on his deadly missions so they can go at least a few months or years without him, depending on how close his next clone is to hitting adulthood. He always seems to manage to find his way back despite the odds to the distaste of the others.

• O-5 folds his arms together behind his back when he is relaxed. His arms being by his sides likely means he believes a situation may arise soon.

• O-5 has a seemingly endless amount of stories that he will tell when there's a dull moment in a conversation. All of his stories tend to be fairly wild and sound too good to be true, such as his killing of a bear story. After O-5 admitted to not actually killing the last O-5 there have been rumors circulating that O-5 is actually a natural-born liar. Not many people will call him out on this though, as anytime someone has O-5 has done something like kick a dead bear through their window to prove that, yes, he can kill a bear.

• "You know I never realized how unrealistic it is for a 10-year-old child to kill a full-sized bear after having his legs mauled until now. It's just that it's O-5. Whenever the guy says anything you just go, yeah that sounds about right for a strong guy like him." - Cosmosdex editor 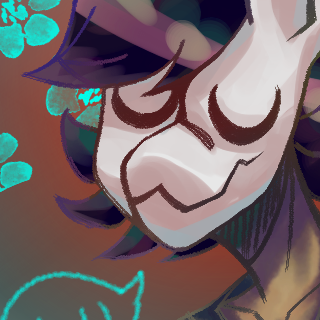 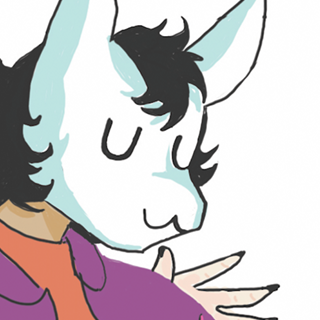 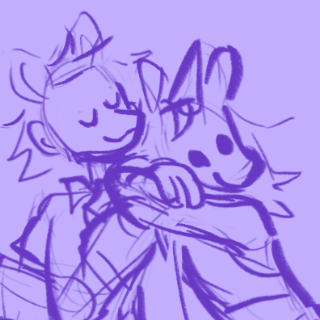 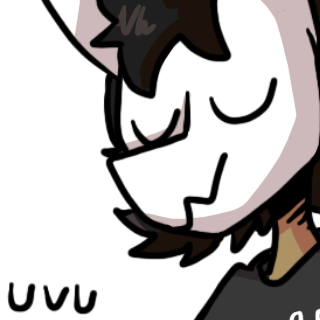 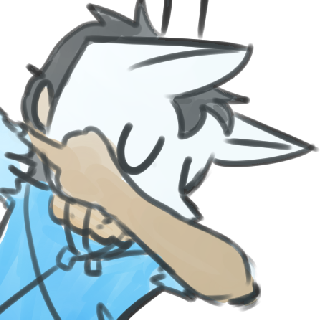 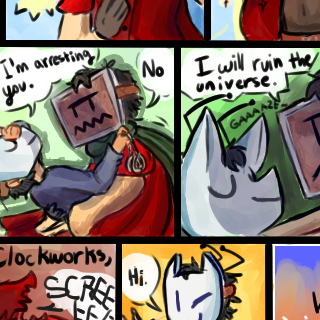 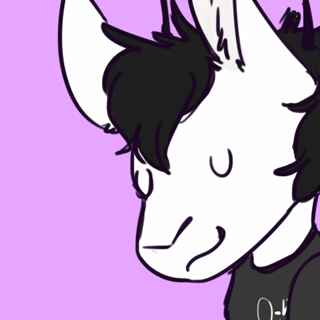 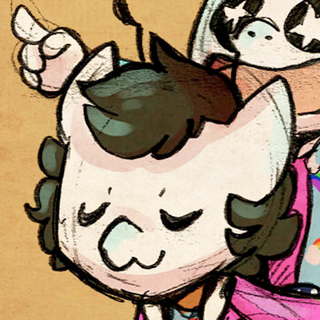 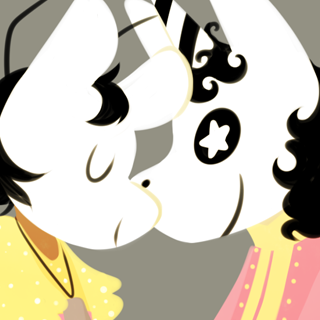