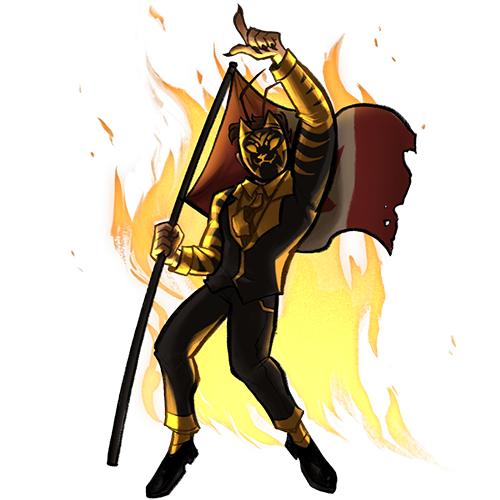 “Why did I do this to you? Why would I ever, in my busy life, take time off to mess with a small fry like you? It's called a power move motherfucker. You need to remind the small assholes in the world that you'll fuck em over, anytime, and for no damn reason other than to scare the rest of em! >:3” — O-6 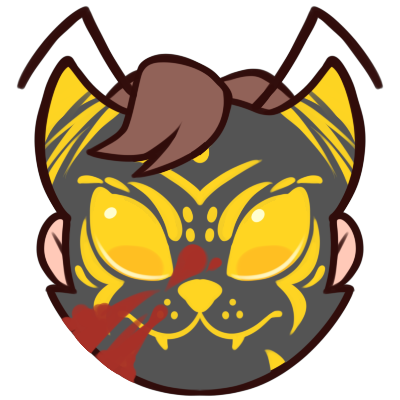 Job: Notail Leader of the F-class and Y-class
Likes: Himself, Dominating everything he does, Being the best, Praise, Pumpkins
Dislikes: Failure of any kind, Being upstaged
Notable contributions: Being the worst notail, as voted by a universal poll that was hosted for a year. O-6 is the leader of the F-ederal and Y-eotail notail classes.

O-6 knows what power he holds. He stands tall and proud, never a single step out of order. Dressing unlike many other notails, O-6 cannot just have a mundane outfit. His clothes are custom made, and while most notail self-grooming habits are quick, O-6 spends up to an hour each day on his routine. His suit is ironed to perfection, his mask is polished to a shine, and his hair is brushed until no strand is out of line.

O-6 mask is pitch black, in the shape of a tiger, and highly decorated with gold markings. As to be expected, his outfit matches this look, and each one is adorned with his trademarked "tiger stripes."

Physically O-6 is a tall, well-built, pale-skinned, brown-haired notail created to be suitable for work in colder climates. His antennas bend at a perfect 90-degree angle, something he taught himself. He even has weekly nail grooming sessions that he's happy to force any of his subordinates to join. These long sharp claws aren't just for looks. He loves rending the flesh of the opposition with them.

Most notails would never worry about such minor things, but O-6 is obsessed about his look, down to his tie, which has no purpose to exist. He wants the universe to know that he's better than all of them.

O-6 sees himself as the big boss, even though he's only the third in command behind O-1 and O-2. With the F-ederal and Y-eotail class under his fingers, O-6 doesn't just figure that he's a powerful notail, he knows he is. When he wants something, he gets it, or someone gets gutted. He doesn't accept failure from those who work directly under him, meaning that his underlings are constantly being "replaced."

He loves making examples out of people. He goes out of his way to kill in front of the others to make it clear who the boss is. Threats towards him are ignored or mocked, especially those calling for his demise. The many who have failed their assassination attempts are displayed like trophies, some even skinned to create plush fur rugs. He has shows of "mercy," letting those who tried to harm him go, but this is a trap, and many end up wishing they were given death.

O-6 has a nasty habit of "power moving" others. Some power moves are as simple as stealing the food of an ambassador and eating it, silently, daring them to risk chastizing him. The moves he pulls on those he "released" are much worse. He plays with the person as a cat does with a mouse. His workers track down those connected to the person who dared insult him. Most people at that point would hold them all hostage.

People will be paid off, "accidents will occur," and he'd be more than delighted to call and mock. He wants others to become furious at him. He wants to see their hate and newfound wish to kill him.

And no one is sure why.

It is assumed this, and his general power moves, are a case of him attempting to inflate his ego to get the attention of others on him, but it doesn't match up well with a humiliating fact of O-6.

He hates the outside world.

O-6 only leaves his great and mighty tower to head to a meeting or move to one of his many other skyscrapers. Many speculate that his games are simply that. A long-range piece of entertainment that ends with the prey coming to his feet to die. Others believe this is a long con to test how far a person is willing to go to attempt to kill him.

Due to this, all O-6 is often parodied in media, appearing as an over-controlling character who whines until he gets his way. While some consider it distasteful to turn a genocider into a comedy icon, many people disagree, stating that these insults on his character are the only power the common folk could ever have over him. While O-6 seems to enjoy shows that turn him into a "powerful asshole," he threatens and demands that mockeries that depict him as "weak, emotional, and with issues" be removed.

The rest of the notail government members vetos taking action on any other species over "his inability to laugh at jokes." To this day, there are many shows, comics, and even merchandise based around O-6. It is a tradition for all companies involved to donate a portion of their profits to charities that help victims of O-6's actions or decisions.

The only people O-6 is "reasonable" towards are his fellow O-class co-workers and Classless-7, the ex O-7. He and Classless-7 have been inseparable since meeting in the Woods.

O-6 considers himself Classless-7's mentor and attempts to teach him to do what he does–treating anyone and everyone as either tool to use, or people in the way. From an outsider's point of view, friendship is not what they see. Rather they see what looks like at best, a rough and aggressive mentorship. While they have delightful chatter, the moment O-6 sees an opening to point out Classless-7's flaws, he does.

It cannot be denied, despite his quirks, O-6 is intelligent and powerful. He is one of the main reasons the notails have such an aggressive way of living and interacting with certain species. To him, all of the notail species are like his little brother, and he wants that brother to be like him. He wants the notails to be able to kill off, or evict any species they want to.

He wants all other species to look in shock, unable to do anything, and he wants the notails to look them in the eyes, smile, and utter one simple phrase.

The history of O-6 is covered in myths, most of them by O-6 himself. It is unknown why O-6 would make up stories about himself and wipe out his past. As such, as much of O-6's believed history is pieced together below, but it is clear to anyone reading it that it has been tampered with in O-6's favor.

O-6 was born as a notail with significant advancements in his genes for the time. O-6 went into the woods without any creatures and lived an amazing life, killing animals with tools he fashioned himself. Along the way, he met and saved a natural-born notail who became inseparable from him. When O-6 got out of the woods, he already knew his goals. He wanted to change the world and become an O-class. Being an F-ederal class at the time, he figured he could work his way to the top and take down the current O-6.

He rose in ranks until the O-6 at the time took notice and began to mentor him. He learned everything he needed and then killed O-6 for his title. Since that day, everything has been improving, for notails at least.

That is the end of the history O-6 gave to others. There are some reports that O-6 used to be very different but has over time corrupted into what he is now. One of the greatest fuels to this rumor is a single statement O-7 accidentally said while being recorded.

"He used to be different.....You know, cats climb trees because it'll give them a better view, but then they realize that they're scared of heights."

Intimidation: There's nothing O-6 does better than intimidate people. Everything about himself is trained and mastered to intimidate others, from the way he walks, how he speaks, and even how he eats. If he's not setting the idea that he dominates the landscape with his every move, then he feels he doesn't deserve to live.

• Unlike other O-classes, O-6 sees his past versions as competition, always trying to top his last life as if that last version of him wasn't the person he currently was today. No one knows why he's like this.

• O-6 is currently married to a "simple farmer" by the name of H-427. Marriage is an alien concept to notails, but O-6 is frequently offered as a peace offering to other species. This makes the marriage to a notail extremely unusual. Why O-6 is married to a "totally normal notail farmer" who "absolutely has no ties to the criminal underground" is anyone's guess. Still, the two appear to have some sort of genuine fondness for the other when they are together.

• A tale known as "The Tiger Curse" tells of a terrible feline who could not be killed except by a person who was willing to destroy everything in their path to do so. Once the beast is slain, the curse moves on the killer. They become the tiger, the monster willing to destroy everything for revenge. While the curse was proven not to be an anomalous force, many still mumble under their breaths that the tiger still lives and is seeking a new curse bearer. 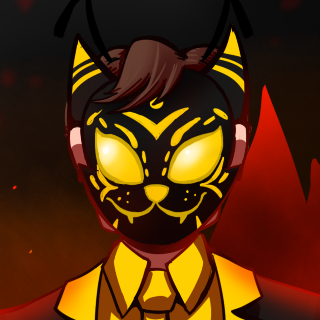 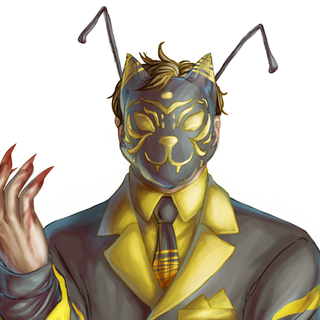 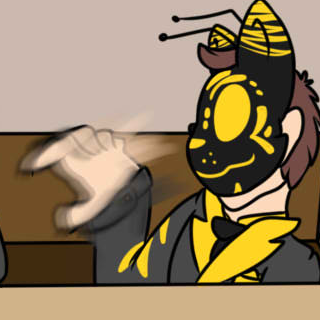 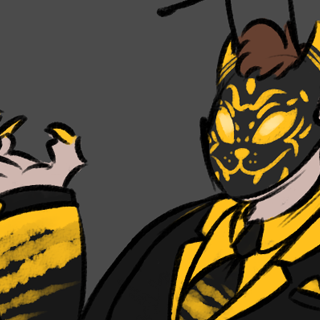 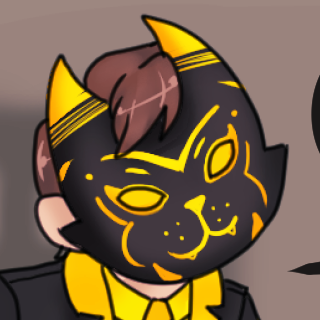 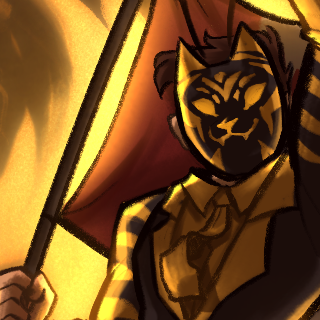 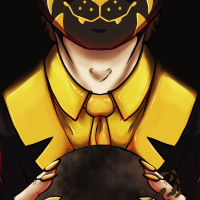 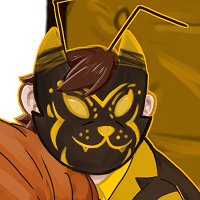