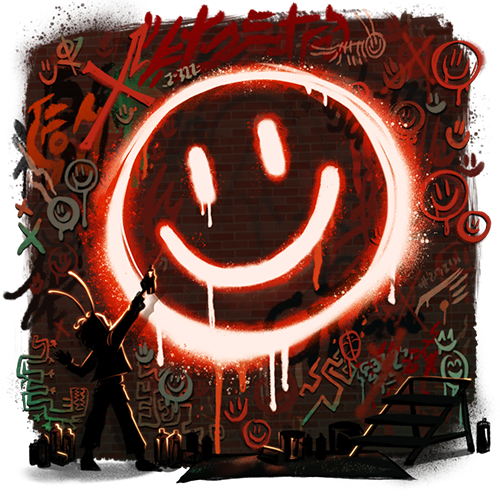 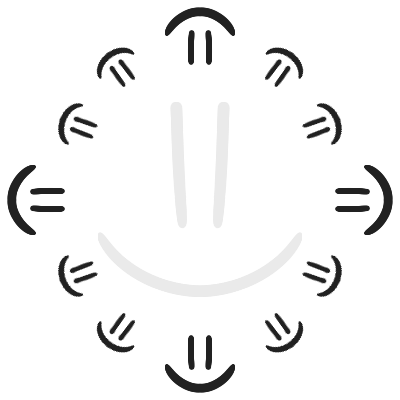 Job: Notail Leader of the O-class and L-class
Likes: ?
Dislikes: ?
Notable contributions: The leader of the O-rder and L-andlord class. Has been the notail leader since recorded history.

There are no records on what O-1 looks like. Just about nothing about O-1's looks can be confirmed other than that O-1 is constantly smiling, day in and day out. With a rather large grin. =)

There's not much to be said about O-1's personality as there's very little info known. One cannot even be sure if O-1 exists, never mind attempting to figure out truth from fiction when it comes to facts about O-1. There are a few snippets of "facts" about O-1 that seem popular in the notail population, mainly those on Eukaryote, but none of these facts can be confirmed, so everything below should be taken with a side of skepticism.

O-1 prefers to not be called, or implied to be anything but O-1. Depictions of O-1 are highly disliked unless they're just =), which is what O-1's face is. As such when implying O-1 in any visual art some people just hide a =) in the background.

O-1 is either a bitter creature, or a mischievous one, some even say it's both. O-1 is stated to do cruel things such as cause notails to commit a horrible act which they will believe they did. Other stories will have O-1 be the cause of some joke. Many tales of O-1 have common themes of mind control and acts not willed by the other party, or O-1 living life through another notail.

While not a single claim can be confirmed there is one event that while it cannot confirm the existence of O-1, it seems to hint to O-1's influence. Randomly all notails on the planet Eukaryote will go through a day where their thoughts are constantly clouded by words that are hard to concentrate on, all at the same time. This was originally thought to be a natural phenomena caused by a strange group of thought pile ups being passed around.

At least it was thought to be that until notails not on Eukaryote reported that the event never happens on other planets even when a high number of notails are on it.

The O-class are not allowed to give info about O-1 as they mention there is harsh punishment, possibly even permanent punishment for doing so. O-classes seem to give widely conflicting info about O-1 when they do, showing that they are lying to shield O-1's true self, or that O-1 is not understood even by them, but the former is more likely.

O-2 said he had been given official clearance by O-1 to give a statement about O-1 to the universe. The statement is as follows.

"O-1 sits and contemplates the universe at most meetings. We try to never need a tie breaker, we don't want to bother O-1's work. I will likely get punished for saying this, but when O-1 speaks casually, O-1 is as unstable as the tides in a storm. A danger to everyone, and yet still wanting to join the people on their ship. When O-1 does have orders it is because O-1 has reached a part of the universe that O-1 is missing info on. O-1 needs facts. Liars are punished."

Truly there is no use in collecting the history of a person who may not exist. Just like everything else about O-1 there is nothing but rumors. The only thing that holds solid is that O-1 has been around since notails started killing the tailed for their planet. Anything else can only find its place in fiction and the whispers of people who wish to tell a good story.

What is known are bits of history surrounding people's attempting to kill or find out who O-1 is. There have been many attacks on the notail O-class headquarters, commonly killing one or two O-classes but never the one they truly wish to see dead, O-1. The worst attack was done by the occraft during the great necromancy war. The attack flattened the O-class headquarters and killed 7 out of 12 O-classes, but O-1, who never leaves the building as the other O-classes say, was not among the dead.

The building was rebuilt and the O-classes talked about O-1 being at meetings again, where before they lost contact with O-1.

Mindcontrol: Many stories of O-1 imply that O-1 has the power to mindcontrol others. Very few of these stories ever mention O-1 have power over non notail creatures.

• If true, O-1 is the longest living notail period.

• If false, this whole entry is a lie. 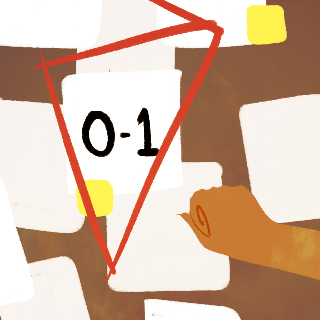 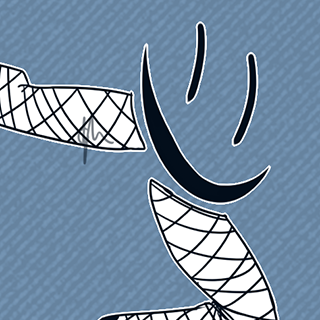 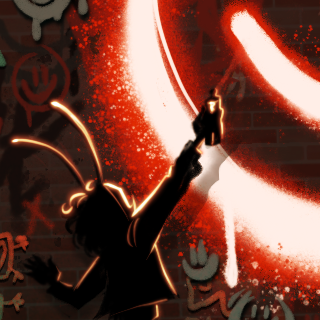