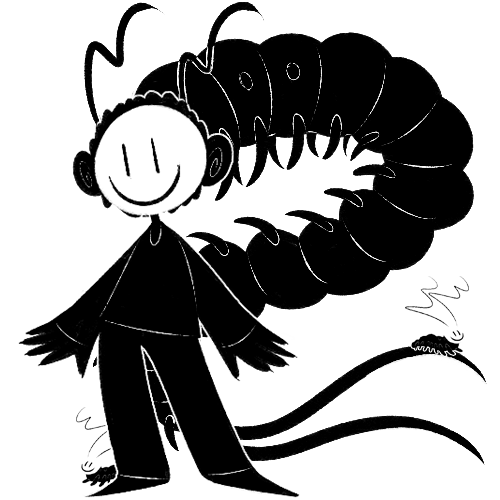 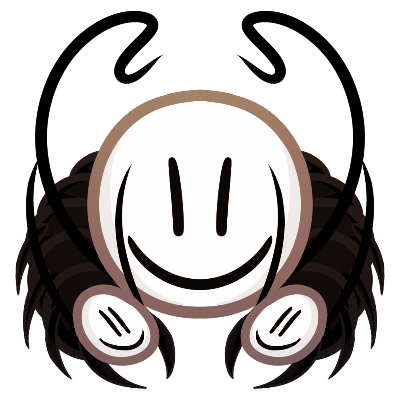 Attack Method: Pretend to be a notail and let the attacks happen. Swing in and attempt to bite into the neck if possible.

The tailmic is a large centipede-like insect that has half its body on the ground, and the rest of it in the air if it's not trying to escape quickly by using all its legs. The tailmic is completely black with only the top of its head a bleak white, or more rarely it is utterly white with a deep black head top. The top of its head will have a face pattern in the opposite color of its top. This face is always of a very specific type of smile "=)", but some are born with a slightly different face, are accidentally born with no face, or a messed up face.

Other than the eyes on its face, the tailmic has four more eyes on its body, but the eyes are simple and small, only capturing the basics, as such these eyes can be confused for little black bumps on the body if they can be seen at all. The tailmic lastly has two long sturdy chitin tails coming out of it that make it look like both ends are the head by mimicking the antennas on the actual head. The antennas on the actual head come in many different shapes and forms just like notail antennas.

As most people are unable to view the tailmic as anything but a normal notail the above info is mostly useless. Instead if one wants to find a tailmic, they must look for a notail with slightly odd behaviors and mannerisms. If one thinks they found a tailmic, a quick grab and pull at the antennas will disrupt the disguise. Don't be surprised if the tailmic bites the puller in the neck or the notail confused for a bug punches said puller in the face though.

The tailmic is a capture creature for G-classes and U-classes. It is by far the most common capture creature, as it freely roams many, if not all, notail settlements. Notails seem to have a kinship, or at least a strange and extreme tolerance, with tailmics and will do nothing as they casually come over and eat food, sometimes even out of the hands of a notail. If a notail is ever annoyed by a tailmic they gently place their hands on their heads and push them to let them know they don't want to be bothered. This action rarely happens though, instead, tailmics live inside the houses of notails, wander their stores, even crawl around their labs undeterred by anyone.

For animals, tailmics are fairly smart, able to solve simple logic puzzles and they are clearly socially intelligent as well. Tailmics are able to understand in hard situations that swarming together to protect the whole means that each member has a larger chance of survival. They will swarm to fight and build simple structures much like notails do. Such as, if tailmics needed to cross a valley to escape a fire, they will signal using their antennas a rise to action. Tailmics looking to escape will band together, grabbing on to each other's tails and forming a bridge to cross the valley with.

This can look extremely worrying to most people as it'll look like a group of notails forming a bridge, that is because as their name implies, tailmics mimic notails using their psychics. The face marking on the tailmic becomes the "mask" of the notail, and their antennas will be the same antennas of their disguise. If a tailmic is born with no face marking, the notail will have no face, if they are born with a screwed up marking, the notail will have an extremely distorted and horrifying face. Attempting to pull the antennas or remove the mask will cause the tailmic to lose concentration and drop its disguise. Tailmics hate when their disguise is removed and will bite the person with their powerful jaws, aiming for the neck if possible. Attacking others is an extremely rare event for such a docile creature.

Tailmics are about exactly twice the size of a newborn notail when they're born and grow at the same rate of a notail. Thus a 10-year-old tailmic is twice as long as a 10-year-old notail, meaning that when the tailmic is standing half of its body in the air, as it commonly does, it is as tall as a 10-year-old. Tailmics are fertile unlike most capture creatures and only have one to three children at a time. To find a mate they will bring vibrate their antennas to show how healthy they are. They seem unable to tell tailmics and notails apart and will attempt to woo notails with their display, only to be disappointed when their vibrations are not reciprocated.

In fact the tailmic and the notails have a shockingly similar basic psychic system, so much so that if a notail calls other notails to a certain location, every tailmic in the area will also head to the location. Notails are able to understand the basic emotions of a tailmic, such as if it is happy, sad, or alarmed. Tailmics seem to understand basic notail emotions as well, sometimes swarming to curl around a notail who got a particularly nasty paper cut, assuming that the notail is in pain, and thus needs protection.

This emotional understanding among notails and tailmics is what makes them great capture creatures. They are fairly low maintenance, and if a notail is being attacked by another creature, the tailmic will get in the way, allowing the attacker to attack the tailmic because it believes it's a notail, while the notail scurries away to safety.

Umic: Umic is a U-class tailmic. Unlike other tailmics this tail can color change, allowing it to change its face pattern to match those that have been shown to it. U-class children would have to research a target they want to steal from, and present an exact drawing of their face. Doing this the tailmic can disguise themselves as that notail and both the U-class and the tailmic can steal food without the notail's capture creature or friends being any wiser.

Maskedmic: While not a true subspecies, every type of tailmic and their subspecies has a low chance of being born a maskedmic. A maskedmic is a tailmic with a black or white chitin piece that is attached to the face or the segment that starts the face. In the case of the latter, the chitin piece can be folded so that it no longer covers the face. Maskedmics are named as such because their extra chitin piece(s) is like a more complex "mask" than the one they are normally born with.

Notail: As notails are notoriously bad at names, they named a tailmic that cannot mimic, nor has any tails, a notail. These tailmics are tiny, only 5 inches, and yet their antennas are as big as notail antennas meaning they are hilariously oversized for their bodies. Notails appear to be completely useless compared to their relatives. They replaced all their mimicking power so that they could become mutagen and disease immune. If it weren't for them living in notail settlements they would have surely gone extinct due to predation. They are the most common tailmic in notail towns, and yes, they still do swarm when a notail is in pain, uselessly.

Swarmic: A legendary capture creature and extremely hard to tame, the swarmic is a single tailmic that has two normal antennas, and two that are extremely long and flow behind it. They are either completely black or white in color with only a face pattern on them. They are not disguised at all times like normal tailmics. When they feel threatened by anyone, even a notail, their disguise will activate and what appears to be a swarm of tailmics or notails will spew out of the area, angry and ready to attack. This makes them both hard to aim at and very frighting.

Notail mimic: Tailmics can mimic the appearance of a notail totally. The only way to tell a tailmic and a notail apart is by action or by attempting to distract them by grabbing their antennas or face. Tailmics cannot talk, or understand what other people are saying, but they will nod, shake their head and make a humming noise as people talk to them. This is not a response to the person's statement, but a happiness response. Tailmics love people talking in their direction. As such the best way to check if a notail is a tailmic is to strike up a conversation and see if they ever have any input.

• Tailmics affect any notail who lacks any antenna, even if they recently lost them. Notails who have been born antennaless and have been their whole lives seem remarkably naturally unsettled by the tailmics. It's thought that notails who lack antennas may notice the subtle quirks the tailmics have, giving them a case of the uncanny valley.

• The range of a tailmics disguise is farther than the range of a normal notail's psychics at 300 feet. This means if one is far enough they will see the tailmic in its true form, before watching it suddenly turn into a notail as they come closer.

• Some who enjoy tailmics as pets will remove half of the antenna so they can have an undisguised tailmic. Some rather weird people decide to keep the antennas of their tailmic pet intact.

• Very rarely a tailmic is born "rogue" and attacks notails and other tailmics in an attempt to use them as a food source. These rogue tailmics tend to have a wide range of mutations and lack fear.

• The rather unsettling similarities between tailmics and notails cause people to wonder if they are subspecies of each other. This seems unlikely as notails are mammals and tailmics are insects, but considering that fossil records put notails and tailmics appearing at about the same time less than 10,000 years ago, there seems to be something strange going on. 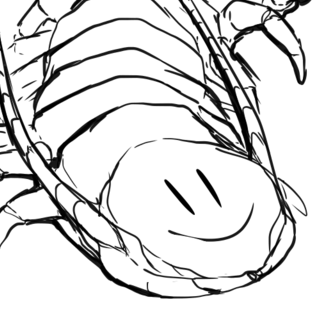 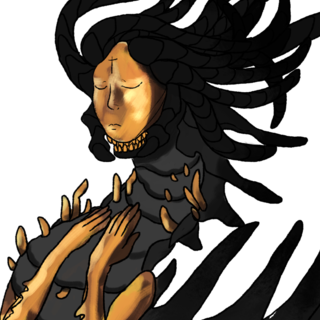 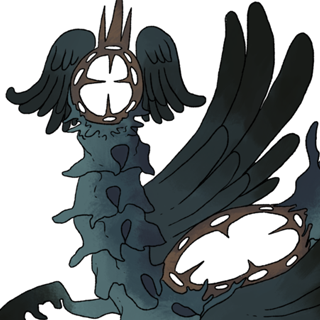