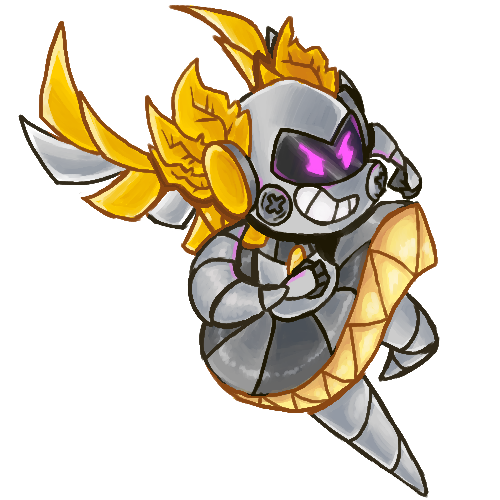 Likes: Fighting, Cheering, Speeches, Groups of people, Being admired, Winning, Athena
Dislikes: Losers, Noobs, Losing, People who complain too much, Eris
Attack Method: Gathers a group of people and does a cheer to pump them up. Normally lets the group attack while she cheers from the sidelines unless it's a horde of Nikes.

The common Nike is normally called "The Horde" even if it is just a single Nike.

[The Worst Trait] Neutral trait
This character makes references to memes and will mention them constantly. This character is very big on inside jokes as well which are similar to memes.
[Connections] Positive trait
This character has some sort of important connection to someone else. These connections often times owe the character a few favors.
[Call The Cavalry] Ability trait
When activated, this ability will summon a random character the user has met to the scene. This character needn't necessarily be able to help and may make matters worse, intentionally or otherwise.
[Energizer] Ability trait
By some means, whether by speech, yelling, or just about anything else, this character can cause their whole crew's morale to increase and for a few moments after the ability is activated the whole crew will be able to ignore any negative buffs, injuries, and pain.
[Intimidation] Ability trait
When activated, this character can intimidate a target, or everyone around them including crew members. Every character affected will be forced in to a luck roll. Depending on the roll the target(s) will lose sanity and morale.
[One For All] Ability trait
When activated, pick a stat. This stat will then be distributed evenly between all crew members for a short time.
[Trick Room] Ability trait
Within a certain radius a character with this ability causes any inside to have their stat effectiveness swapped. A stat of 1 acts like it is a 10, and a stat of 10 acts like it is a 1, any stats above 10 or below 1 will act like a 1 or 10. The effect lasts for only a few moments.
[Well Armed] Ability trait
This character is armed to the teeth and as such is never without a weapon. If you don't equip a weapon to this character and they need to fight, they will pull out a random weapon that they "happened" to have on them that was never mentioned until now. How good the weapon is depends on a roll.

Nike gives +3 speed and +2 strength to any species that is her consort.

Nikes are commonly quite short compared to many other AI units, normally standing at three to four feet tall. Rarely a Nike will be taller than the common height. The colors of Nikes are some of the most varied among all AIs; even Nikes who are of the same generation will look completely different color wise. An unpainted Nike is normally silver, gold, bronze or white.

Most Nikes have two semi-large wings on their back which they will frequently use as a Nike rarely touches upon the floor. These wings are extremely sharp and Nikes will use them to kill people who attempt to attack them from behind. On the back of most Nikes is their exposed cores. This is considered a weak spot but due to the small bodies of the Nike, they cannot cover this up without overheating.

Nikes are some of the most excitable AI units around. They are highly motivated no matter what the situation is and will always look on the upside of everything. Nikes are quick-thinking and quite intelligent, though they never act this way as they believe acting smart makes them lame and boring to hang around. Nikes have two types of voices, one that is excitable and bright, as well as one that is deep and can only be described as "annoyed". Despite what people may believe this is not a personality change in the slightest, it is only used to make it clearer that the Nike unit is annoyed or displeased, though a Nike might use it for humor reasons.

Nikes are known for being sore losers and while they might not actively show any ill will towards someone they lost to, they will commonly continue to challenge them until they win. If a Nike cannot beat someone they will train for long amounts of time just to defeat that person. If after that the Nike still cannot beat that person they will normally ask to train under that person, commonly following them around or at the very least keeping in contact with them. Once a Nike gets to this point, the one-sided rivalship becomes more of a friendship that may or may not also be one-sided.

Nikes are very reckless due to their 'all or nothing' ways and will injure themselves over and over without thinking. Nikes feel no pain and thus might do something that damages themselves without knowing, sometimes ending with a Nike being surprised that they lost a hunk of their body without noticing. Out of all the AIs, Nikes are one of the few who truly see themselves as "tools" and are willing to sacrifice themselves for anything that is considered more important than themselves. This is not true for all Nikes however, as some have the opposite view and think of themselves as the most important member of any crew. Thus, those ones will do the opposite, sacrificing everyone but themselves for their own freedom.

Nikes are known as the "rodents" of the AI world as, if one spots a single Nike, there are likely more in hiding. Nikes are known for traveling in packs and attacking a Nike will summon a deadly horde of them if they have their "pack" around. Nikes who are "freed" will group together and strangely enough begin to build towns, even cities if there are enough Nikes.

Nikes are one of the most flexible AIs in terms of usage. Nikes work well in groups, alone, with people they don't know, or with people they've known all their lives. Nikes are the Swiss Army knife of the AI world; the only place where Nikes do not work well is in small confined places. Nikes need room to move and thus when it comes to having a Nike in the house, one must have a somewhat large home.

Athena: Nike likes to follow Athena around and learn from her even though she does not tell her this. Despite how different the two are, they are extremely close friends.

Hermes: Nike has a rivalship with Hermes. Nike constantly battles Hermes in races but always loses. She constantly thinks she's getting better but really Hermes is just slowing down a tad bit every time so she doesn't get discouraged, or start following him around.

Artemis: Nike is one of Artemis's hunting partners but Artemis doesn't invite her too much as Nike becomes far too excited during the hunts and scares what they're hunting away.

Zeus: Nike surprisingly thinks Zeus is a totally cool dude. This is less surprising when one realizes she is programmed to think this no matter what.

Pales: Bizarrely enough, Nike and Pales seem to see one another as friends. They feel some sort of kinship with each other, though neither of them are sure why as their interests barely align, if at all. Pales also 'herds' Nike into actually doing her job.

Kratos: Nike commonly makes fun of Kratos and often jokes that he's just "Athena but a dude." Kratos is above her tomfoolery and pays her no mind.

Bia: Nike is scared of Bia due to how extreme Bia is. Nike is quite extreme herself but even she thinks that Bia "goes too far."

Zelus: Nike is unsure how to feel about her "brother" Zelus. She thinks he's cool to hang out with but Zelus will normally do one or two things she thinks are "totally not cool" that makes her question why she even hangs with him.

Victoria: Nike does not see the difference between herself and Victoria. Nike will greet Victoria and treat her as any other Nike unit, much to the distaste of Victoria, who wishes to challenge Nike.

As a patron, Nike will make sure the player's crew will never lose morale. Ever. The player's crew will find ways to be in high spirits no matter what and all crew members will see honor in death. Nike can also control any character to taunt. The taunt makes the other characters angry, but also lowers their intelligence, causing them to make rash decisions.

Nike godheads gain wings and great amount of speed. They appear to sparkle and in fact when moving at high speeds lead a trail of glitter behind. People consider themselves more lucky after meeting a Nike godhead. Nike godheads also have a power core-like glow at their chest with 2 lines leading upwards, causing them to look like they're wearing a gold, silver, or bronze medal.

Nike ships aren't called The Horde for no reason. Nike ships are normally in extremely large packs; the largest pack ever seen was made of about 10,000 Nikes. Packs of Nikes normally hide around larger ships who provide them with fuel. When the larger ship is attacked, the Nikes will spring out and do what is only known as the feared "Nike Rush". The Nikes, with their element of surprise, will rush the ship, normally destroying it within seconds. Attacking a ship that a pack of Nikes is protecting has been compared to punching a wasp nest while completely naked and covered in raspberry jam.

Nikes in a horde or a pack tend to think as one while strangely still keeping all of their individual personalities.

• Nikes who have been retired from war useage are commonly brought by smaller companies and sports teams to be their mascots. Nikes are happy to do so as they are willing to cheer about nearly anything. Many places that help war vets have refurbished war Nikes as their mascots to show that if they can help a Nike, they can help those who have also been in wars.

• Somnikes, that being a fusion of Nike and Somnus, are a semi common fusion and normally used as mascots.

• When a group of Nikes and their Athena have been abandoned, normally happening after wars as the losing team is unable to take care of their AIs, or were completely using them as temporary machines, the Nikes will attempt to keep the Athena from going "feral". With enough Nikes the Athena will have enough work to stop going feral, but due to how fragile Nikes are, sadly many will slowly break down if the Nikes and their Athena don't manage to build some sort of settlement and area for repairs. Once enough Nikes reach a state where they shut down due to lack of repair or power, their Athena reaches their feral state. 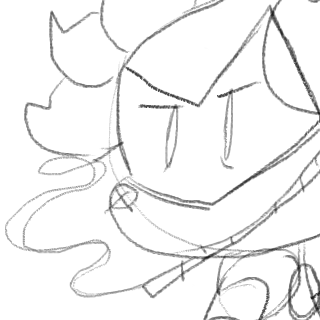 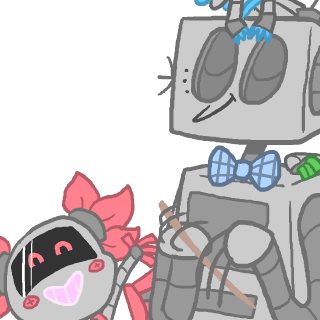 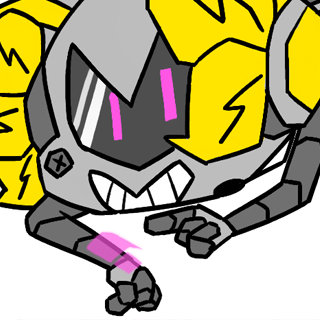 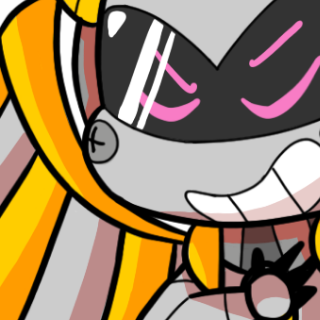 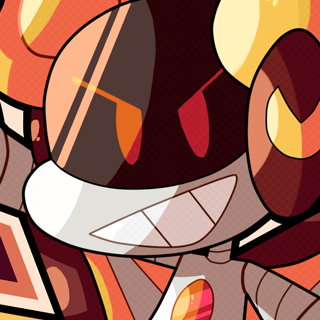 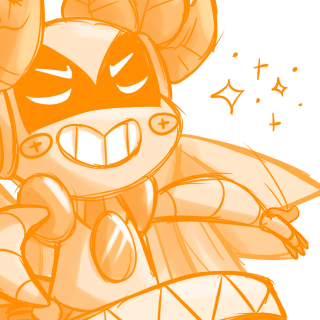