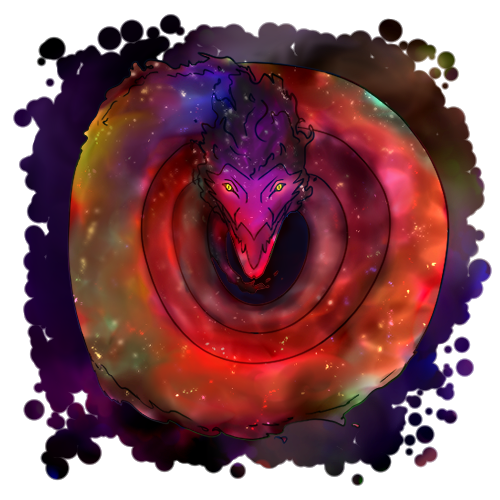 “Yes, that is the correct height, no, we're not kidding you have to shoot that thing.” — Head of the DSIF (Department of Shooting Invasive Fauna)

Stellar drakes are immense creatures, coated in remnants of the superheated plasma that comprises their sole dietary resource, stars. It is believed that stellar drakes lay eggs within the stars they consume, and that the hatchlings emerge only after eating and growing to adulthood, as no one has ever seen a young stellar drake.

Although they are otherwise passive creatures, stellar drakes tend to accumulate in swarms, descending upon stars en masse. Many planets have lost their suns because of a wandering flight of star-eaters. Some species have laws stating that interstellar travelers are to execute stellar drakes upon sighting them, but very few are willing to follow due to how hard it is to kill a full grown adult.

Once a pack of stellar drakes has consumed a star, they disperse in random directions to seek their next meal. This can take them very long periods of time, and wandering stellars have been known to descend upon herds of solar deer to satiate themselves until reaching their next star.

• Due to how big stellar drakes are, ships have crashed into it assuming it to be a normal section of space. 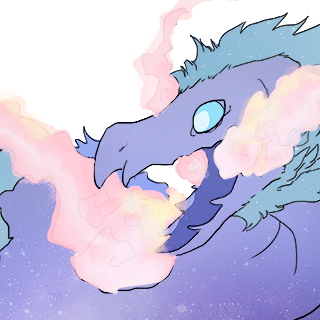