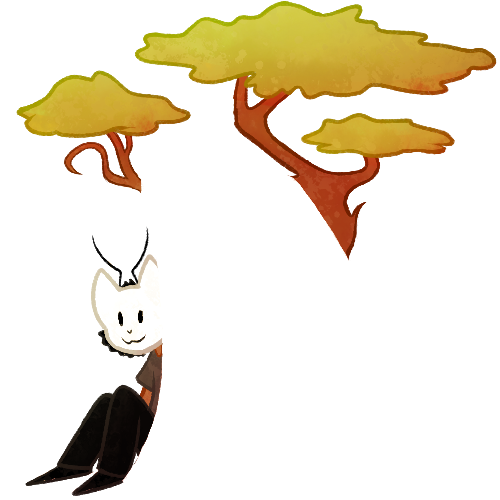 “What happened to the guirand we ordered? You were supposed to put it in this enclosure. UwO” — Someone looking directly at a guirand 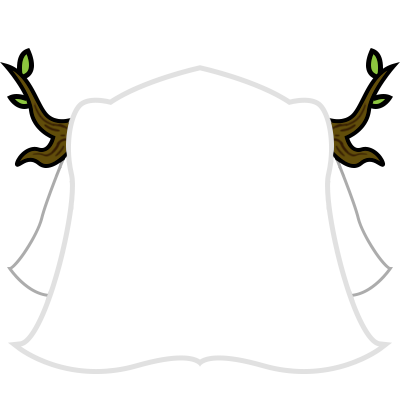 Attack Method: Guirands are completely defenseless and must either remain hidden or rely on their owners for protection.

Guirands are rather large and extremely flat creatures, and they can be incredibly difficult to spot, even when deliberately looking for one; they make no sounds, and in fact do not move at all, no matter how much danger they're in. This is because they are almost entirely incapable of any movement in the first place; a guirand can chew and swallow food put into its mouth, as well as drink if given water, but lacks even the ability to snap its jaws.

The only action a guirand can take completely of its own power is to change the colors of its pelt. A guirand is able to shift its pelt's pattern at will in order to blend in with its surroundings, making it even more difficult to find. This is also its only defense - unable to fight back or even escape, all it can do is remain hidden until the danger passes and its owner returns.

Before guirands were specially bred for use as capture creatures, they were extremely fast, able to slither across the ground at high speeds due to the thousands of tiny legs on their underbellies to snatch up their prey in a single bite. Nowadays, this wild variety is much less common, and the tame variety is very, very different.

Guirands are typically given to R-anger and Lone E-xplorer class notails, and their purpose is simple: sit around and do nothing. Guirands are not made for hunting, or fighting, or riding - their only use is as shelter. The R-class or Lone-E child in question can either drape the guirand over a tent or lean-to for enhanced camouflage, or else wrap themselves up in its long, flat body, but the latter is slightly less common. The guirand's pelt will always change color to match its surroundings, and its body heat combined with its pelt's waterproof properties results in a warm, dry, hidden shelter.

Unable to defend or even feed themselves, guirands are extremely reliant on their notail, both for food and for protection. It is unknown if they're comfortable when used as shelter, as all ability to express such a thing has been removed, but it doesn't matter; a guirand will not bite, or thrash, or snarl, and they are hardy enough that discomfort won't kill them, so there is no reason to worry about its feelings. This makes them ideal for travel, as a guirand will never complain about being folded or rolled up for more convenient carrying.

Although guirands are fairly large, tents made from them can usually only fit one person plus supplies, or else two maximum if both notails are small and any supplies are left outside. This, combined with the fact that a guirand's main benefit - camouflage - is nullified if someone nearby has an easier to find sleeping place, means that notails who choose guirands for their capture creatures tend to be less social than most.

Wild Guirand: Wild guirands tend to be very similar to regular guirands at first glance, even to those who know enough about them to be able to spot one in the first place, and it is very common for notail children to mistake a wild guirand for a tame one, if they see it at all. This is a mistake; wild guirands are extremely fast and extremely territorial, and if they feel threatened they can quickly sneak up on unsuspecting people to slash at them with their thousands of deadly claws.

Fancy Guirand: Fancy guirands are a breed of guirand that rotate through a slow kaleidoscope of colors instead of adapting to the colors of their surroundings. Owners of fancy guirands typically hang them up as living decorations to impress guests with, and some are even specially bred to flash in brand colors or logos

Perfect Camouflage: Guirands are capable of changing the colors and patterns of their pelt to better blend in with their surroundings. As such, it can be nearly impossible to find one without knowing exactly what to look for.

• Occasionally guirands develop an illness where their pelt becomes "stuck" in one configuration. This is usually an easy fix - all the owner needs to do is lay the guirand flat in a sunny place for a day or two and give it extra water to drink - but in rare cases can require medication. It is tempting for some to ignore the illness if the configuration it is stuck in is still one useful for their purposes, but if not caught early, the guirand can become permanently stuck

• Since guirands are completely stationary, it is not uncommon for owners to mistake a dead guirand for an ill one, or vice versa. Since they can only move to swallow food put into their mouths, the best test is to try feeding the guirand. If it swallows food normally, it is alive, and if it does not, the guirand has died.

• It isn't uncommon for the owner of a fancy guirand to have its corpse preserved when it dies, and simply hang it up like that.