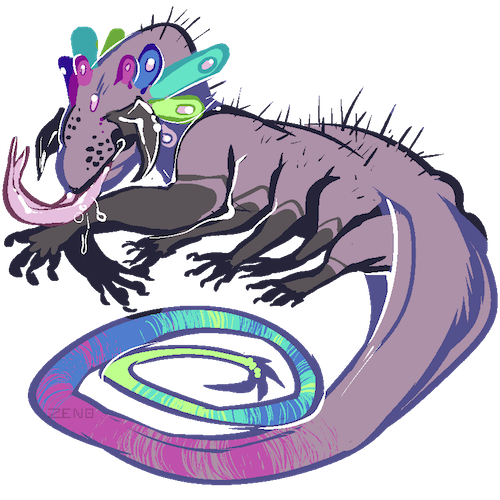 “Hey, why is everyone looking at my gwech?” — A poor notail trapped with his hungry friends for days 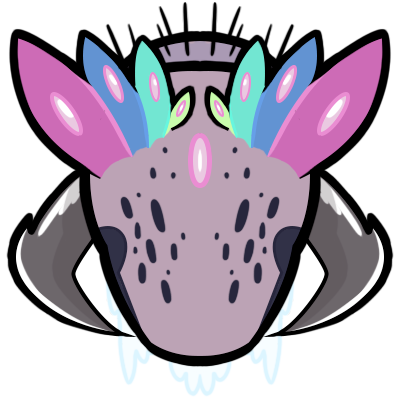 Danger Level: Low
Likes: Food, Its children, Its owner which it thinks is its child, Feeding hungry children its own limbs
Dislikes: Dry areas, Being attacked, Hurt or hungry children

Attack Method: A gwech slowly sneaks up on prey before shooting out its tounge to scoop them up. If the prey is too big they try to rush and devour it as soon as possible.

Many would describe the gwech as fairly unattractive, much to the dismay of long time gwech owners. Gweches are a long lizard like creatures, with purplish skin. Sparse amounts of hairs stick up on them, a remnant from when they were coated in hair. Despite looking extremely lizard like the gwech is not a lizard and in fact makes its own heat. The gwech has five pairs of limbs which start off purple but suddenly turn black, commonly having a few stripes before this. Even though a gwech has five limbs it can function just fine with two pairs. The extra limbs are both backups in case it is attacked, as well as emergency rations.

The tail of the gwech goes from its purplish tone, to a colorful array of a more rich purple, a blue, a teal, before finally ending in a bright green color. The gwech sometimes idles on top of trees with its tail down to trick small prey to it, using the small tuff of fur at the end of it as a lure. The tail of the gwech is also used as emergency rations. Both the tail and arms of the gwech will regenerate fairly quickly over the course of a month if given a fair amount of food and water, if not the regenerating will delay itself until conditions are more favorable.

The face of the gwech is covered in tiny spots which appear to be eyes. Only three of these spots truly are eyes, two on the side, and one on the top of its head. The gwech has two sharp black tusks it uses when it cannot run away from a predator. The tusks are an absolute last resort for a gwech. The most striking feature of a gwech are the feathers on their neck. These feathers come in the same colors as their tails, and can range from almost featherless to covered in a thick layer, though the former is more common in non fancy gweches.

Gweches are noted for how docile they are. If a gwech and her young aren't in need of food the gwech just relaxes, commonly licking its arms before slathering itself or its children up to keep moist on dry days. Notail bred gweches are a female only breed, while wild gweches have both males and females. Notail gweches are offered up to the B-reeder, H-erbalist, I-nvestigator, M-atriarch, and W-aiter class children but are rarely picked for their "Uncool" and "Displeasing" looks. Notail children rather pick a starting creature who is either aggressive or a fairly good steed, two things a gwech is not.

The gwech does have many advantages that many notail creatures do not have, for one gwech meat is edible and mostly safe to eat even when not cooked. In fact gweches do no panic when someone they consider their child eats their limbs. If someone they consider their child grabs and squeezes the limb for long enough the limb pops off the gwech with little to no pain or damage caused to it. It's recommend that one leg is taken from one side, the other leg from the other side should be taken as well as this is how it would naturally occur in the wild.

Befriending a notail gwech is simple if the person has the right materials. A simple bottle of gwech hormones rubbed on ones body for a few days with no other gwech in sight will cause the gwech to believe that the person who smells like a gwech is a young, lost, and very strange looking gwech child. Once the person has been "adopted" by the gwech the gwech will follow and attempt to take care of the person as if they were their own child. If the "child" is hungry they will attempt to bring back food, and if they are unable to do so they will offer their own limbs, going as far as to rip the limb off themselves and attempt to feed it to the "child."

While the majority of notails find gweches to be a strange and unusual creature to keep, most notails who keep them think they're absolutely delightful. Gweches are extremely caring pets to their "children," going so far as to always sleep in the same room as them once night falls. Owners of gweches rate gweches as fairly nice pillows.

When they haven't slobbered over themselves before hand.

Notail children who have a gwech capture creature seem to be more likely to survive their years in the woods, and they seem to have a higher understanding of empathy. Their gwech on the other hand has a slightly lower chance of surviving their time in the woods, commonly dying due to protecting the notail or due to a bad famine.

Wild gwech: A wild gwech only has tusks, multi colored tail, and feathers on the male, while the females are a plain muted purple. Male gweches are extremely aggressive, and wild females don't trust any other gwech except for their children. A female will be quick to shoo away any other child it finds, unlike notail bred gweches which will attempt adoption.

Fisher gwech: A fisher gwech is a type of notail bred and wild gwech that effortlessly floats on water, and also has a much longer tail. Fisher gweches only have two pairs of legs, opting instead to use its longer tail to fish with. The fisher gwech stores fish in its mouth where it brings it back on land to feed children with. As expected this gwech is even more unpopular with notail children than normal gweches.

Disinfecting spit: Gwech saliva can be used to help disinfect a wound if absolutely nothing else is around. Some people rather risk the infection than get their arm coated in the thick saliva of a gwech

• While notail bred gweches are unable to breed naturally, wild gweches can, and have accidentally become an invasive species on other planets due to some escaping while being transported to be exotic meats.

• Unlike a lot of capture creature pets, gwech owners rarely if ever fight their gweches. Gweches are fairly poor fighters, but the real reason they aren't commonly fought with is because gwech owners tend to be very attached to their caring "parent."

• Gwech children naturally leave their mother the day their mother charges them. The gwech child, if it feels that it's ready to leave, escapes from their mother, while weak ones do not, showing that they need extra care. Gweches seem to think that notails are horribly helpless children as they never seem to attempt to escape. 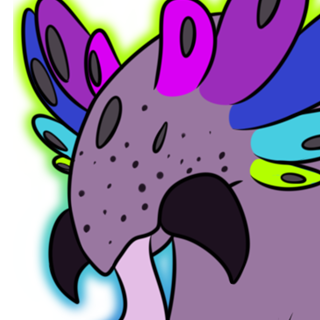