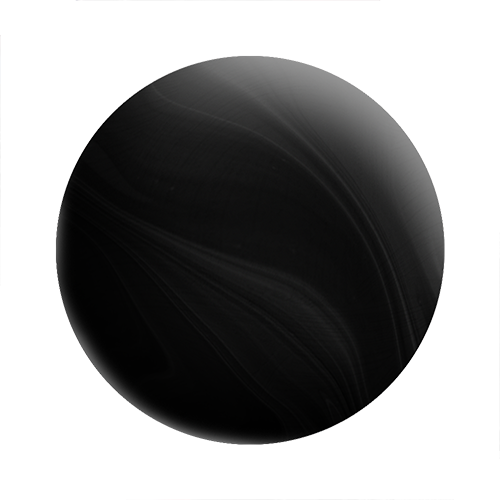 “This is one of the most amazing and infuriating worlds I have ever visited. It seems like every turn brings some new wonder, but also new questions and not an answer in sight.” — Academician Leonidovich

Dominant Residents: None
Other Residents: Cosmopolitan; most species represented

From the exterior, Inverso is nothing to look at; an airless world, its black surface almost totally featureless. The only thing to set it apart from a billion planetoids just like it is a pair of tunnels at the north and south poles.

Travel through those tunnels, though, and a wonder will open itself up. For Inverso is a hollow world, a thin skin wrapped around a vast volume of air and life.

At the center of Inverso is a structure dubbed the Crystal Sun, a many-faceted gem a hundred kilometers across which provides the interior of Inverso with its heat and light. Around it float all the other terrain features of the inside-out world. Thousands upon thousands of asteroids provide surfaces for plant life to take root; trees and colorful flowers growing to incredible sizes without gravity to drag them down. Oceans of cloud drift on the wind, with droplets of water growing as large as lakes. Between these floating islands flits life of every variety, from millions-strong flocks of tiny many-winged 'birds' to the stately spinning of free floating pinwheel forests to the gigantic fluttering disc shapes of filter-feeding sky whales, larger than anything to be found in a terrestrial ocean.

Among these native inhabitants are scattered newcomers; research stations and resorts, come to study the unique world and its ecosystem or enjoy sights unlike anything else in the known galaxy.

Inverso is an artificial structure, that much is quite abundantly clear. But how old it is, who built it, how they built it, and why they built it are all unknown.

Virtually everything about its origins has proven frustratingly opaque to investigation. After employing dozens of methods of dating, all attempts to determine Inverso's age have only narrowed it as far down as 'older than a hundred thousand years, younger than a billion years', with the best guesses putting it between ten and a hundred million years old. No remains or fossils of the builders have been found to reveal anything as basic as what they even looked like. The technology employed in its creation is obviously far beyond what would be expected for the time it was made; its outer skin is nearly impervious to harm and quickly heals itself when it is damaged, and the Crystal Sun has obviously been doing fine without maintenance or refueling for at least millions of years. Small slivers cut away with great effort continue to baffle researchers to this day. Finally, there is no evidence whatsoever that Inverso was ever inhabited by its original builders or used for any kind of industrial or scientific task. Although, even if it had been used such, the mere passage of time could easily have eliminated all trace. Even the basic physical principles of these feats elude modern science, causing many to have labeled it an anomaly.

As far as anyone can determine, Inverso is an art piece, created for the sheer joy of creating by beings with capabilities almost unfathomable. Almost everyone to have investigated or visited this strange hollow world has come away humbled by the experience.

And millions come to visit every year. In addition to the physicists and engineers still plugging stubbornly away at the mysteries of Inverso's physical structure, and the biologists studying the unique microgravity ecosystem, there are the tourists come to marvel at one of the unique wonders of the galaxy. Development and habitation is tightly restricted to preserve the native wildlife, but this has not prevented people from also making Inverso their permanent home, finding ways of living in harmony with this marvelous world.

Northport and Southport: Located at the north and south polar tunnels, these uncreatively named cities are the primary urban centers within Inverso and the first port of call all visitors to the world must pass through. Anchored to the inner surface and fully equipped with artificial gravity, they are also the most "conventional" cities within Inverso, in contrast to the free floating settlements found elsewhere. The two cities have an intense rivalry with one another, competing in everything from sports to amusement parks.

• Careful analysis indicates that the native biosphere, in all its rich diversity, is another creation of the builders, the product of supremely sophisticated genetic engineering. Given the sheer complexity of a mature biosphere, this would be an even greater feat of scientific ingenuity than the construction of Inverso's physical components.

• Inverso has become a site of pilgrimage for a number of religions that exalt science and engineering as virtues, as one of the greatest artifacts in the known galaxy. A number of these pilgrims have attempted to learn its secrets through meditation and divine revelation. Although many have claimed some degree of success, none of their claims have been confirmed by secular observers.