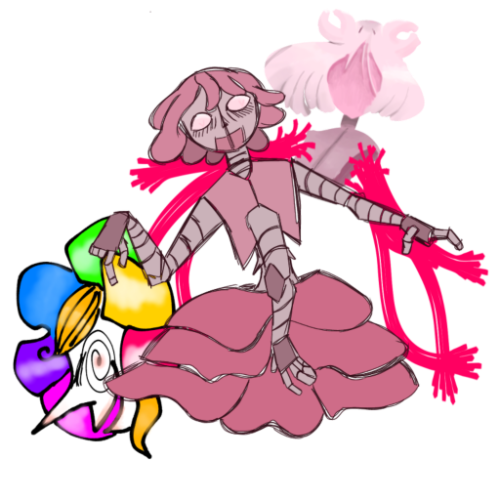 “Sorry, I have to wax the floorboards today."” — A telenova declining an offer.

Attack Method: The telenova will attempt to tell the attacker to stop; that's all that they will do.

The telenova worship the Clock Tower, a landmark of their homeplanet. They say that it is everything they wanted. Their source of happiness.

Alpine, willowy, and ghastly. These are the three words to describe a telenova. Each and every one of them stands 6 feet tall, no more no less. Their metallic skin is usually tinted in dull blue, or pink. A rather sturdy "spine" connects all of the parts of the telenova together, making them unable to fall apart. The torso of the telenova is shaped into an upside-down shield, with acute edges. The lower half of the telenova is veiled by a long thick cloth and is thus unseeable.

The eyes of the telenova have been reintegrated by glossy marbles painted as white as the petals on a daisy. Their pupils are a thin coating of paint that's heart-shaped. The face of the telenova is made of a singular faceplate that can be removed easily. The hair of the telenova is a thick, fog-like shroud of mist that covers most of the head.

Telenovas do not have genders and go by whatever pronouns people call them.

The telenovas are one dimensional. They do not have any interests outside of doing housework. Talking to them equals having a parallel conversation. Not only do they talk only about housework, but they also dismiss any attempts of conversation aimed at them. Of course, if the other person wants them to do housework or wants to talk about housework they will be happy to. Telenovas can only feel delight.

One thing the telenovas depend on the most is time. Without a proper schedule, they would be aimless, not knowing where to go, or where to be. They will have no purpose. Without it, they will repeat the same thing they've been doing forever and ever until they wilt.

Telenovas cannot reproduce, not because they can't, but because it is a huge privilege to have kids, and that privilege is only for the leaders of telenova society.

No one is sure how telenovan society came to be, the only insight to their past is this old tale, passed down from generations.

To love someone, it is a taboo. When the constable fell in love with the mechanist, it had fallen into the trap.

The mechanist, it poisoned the air everywhere it went, poisoning everyone and itself.

The mechanist told the constable to bring it one hundred thousand flowers.

On arrival at the shrubs, the mechanist instructed to slit the throat of the daughter. And so it did, sliding the knife swiftly over her neck.

As the blood of its daughter spilled on the ground, it burst out of the ground. A single flower. A hydrangea.

More of them burst out, writing, struggling, alive. They pulled both the constable and the mechanist into the ground. Burying them alive.

Nowadays, the Telenova live on The Shrubs. They live on monopolic ruling. When a telenova still feels numb after their surgery, they will become the next potential leader. In that case, the telenova alone will be allowed access to the upper levels of the tower, where it will fight the current leader, also known as a serrata. This will be an extremely unfair fight, as the current leader is carrying the power of the tower, and will immediately kill the telenova. If the telenova gets revived by the tower, it will mean that the current leader has lost all of their power and will wither away. If the telenova stays dead, then it means that the current ruler can continue to rule. The job of the leader is to guard the clock with all of their life, making sure that no one ever comes to harm it. They also have to ring the bell at certain period times of the day to make sure all telenovas are on schedule.

The home planet for the telenova is called 'The Shrubs.' It is filled with rows of houses and flowers, neatly aligned. It has tiny suns orbiting around it. A clock stands tall in the middle of the planet, guiding the population to be where they should be. At certain time periods, the clock's bell will ring and the planet will move in sectors, like a rubix cube.

At the core of the planet is a type of energy source, which powers the clock through it's unknown ways. It is said to 'connect' everything on the planet, including the people that reside on it. If the clock were to be destroyed, the people will not be able to perform their daily tasks and will be forced to repeat the task they were doing in that period of time.

The clock is a very important part of the landmark of The Shrubs. It is said that it holds a certain power that only the guardians of the clock can use. The lower levels of the clock tower are open to the mass public (Regular telenova, outsiders, etc.), but the middle and upper levels of the tower are sealed off to the public. No one other than the current Serrata knows what the upper/middle levels look like.

Telly: Tellys are telenova that haven't received surgery yet. They have two sets of mouths, freakishly giant eyes, and a pointy nose. Small petals of various colors grow out of their skin. Their lower half of the body is twisted into a cone-shaped figure. Like telenovas, tellys levitate a few centimeters off the ground, but even though they share the same features, telly's can move much faster and are more fragile than telenovas.

Unlike telenovas, they are emotionally numbed and cannot feel anything at all. These are also the only types of telenova to be seen outside of The Shrubs, as they might have been exiled or simply didn't want to live in telenova society. Tellys hate domestic work and describe it as 'boring.' They typically have a wide variety of interests.

Serrata: Serratas are a mix between a telenova and a telly. They cannot actually feel anything, like a telly but they look like a telenova. Serratas are leaders of the entire telenova society and are said to be assigned by the Clock Tower itself. There can only be one serrata in the entire universe at a time. When a telenova reveals that they still feel numb even after surgery, it means that they have become the next potential serrata.

Serratas will receive the power of the Clock Tower and can create any type of illusions to shape reality to its will. They will also become immortal with the clock's power. This power can only be used to protect the clock or to fight the next potential serrata.

Serratas live in solitude on top of the clock tower. They're the ones to make sure that the clock moves when it needs to and chimes every hour. Serratas can never leave it alone.

Serratas are also the ones to create new life. They do this by spilling their blood on the stones of the clock. The blood will then drip down to the ground, where new flowers will burst out of the ground, which will then turn into tellys. Most of the time, the flower will wilt and die. Due to this, the population growth is extremely low.

Life-changing surgery: At the age when they become adults, the telenova will go under a surgery in which they replace their skin with metal while in a boiling hot pool to become official telenova. Telenova that did not receive the surgery and still are adults will be exiled off the planet. The permanent results of this surgery include not being able to feel anything other than jovial and a sudden interest in domestic chores. The reason for this is unknown.

• The telenova do not like cake. Bringing cake to them will result in the cake being turnt to fertilizer. They prefer ambrosia instead. 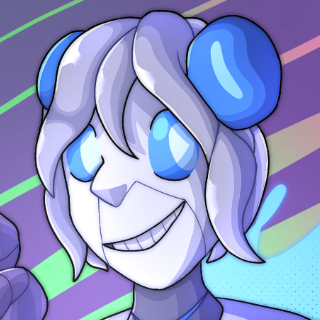 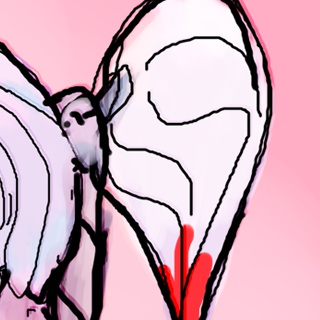