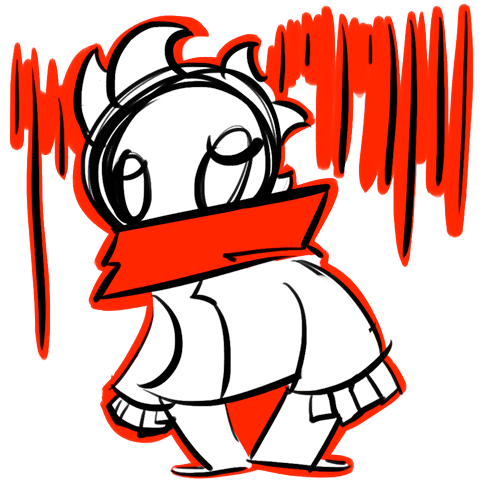 “Really every day of my life is the worst day ever, every single one of them.” — Every oomn ever

Attack Method: Flop down, hope death will be swift.

It is unknown what the oomn honor, if anything.

The oomn are humanoids with pitch black to chalk white skin, with everything in-between being possible. They have a glassy-eyed look that indicates that their souls have been crushed even before birth.

Everything about the oomn gives an air of utter melancholy. Just about everything about the oomns looks grim, from their terrible posture to their penchant for ill-fitting, colorless clothing, to that famous 'sad puppy' expression. It appears the oomns have an aversion to people viewing their mouths, to the point that they tend to cover them with about everything. From thick scarves to high collars, sometimes even masks, oomns will hide their mouths from the gazes of others. If one pulls off this object to look at their mouths, the oomn, just like with everything else in their life, will disappointingly accept their fate.

The typical oomn can be summed up with a few words, such as "gloomy," "mournful," "destroyed utterly from the inside out," and "despondent." They are meek, timid, and very unassertive by nature, and are never really seen speaking directly. Instead, most oomns are mute by choice, opting to write on boards, type out their thoughts, or merely learn sign language instead of having to face hearing their voice. Strangely enough, the most popular choice is a chalkboard; a blackboard, specifically.

Beneath their strange personality, most oomn are very nice, sociable people who want to be friends with everybody. People tend to have a high aversion against the oomns due to their gloomy disposition, but that is because many do not understand that this is just how the oomns exist. What is believed to be soul-crushing sadness to most, is considered delightful to the oomn. At least, that is what seems to be what is happening. Either way, it is wise to not shout too loudly in the direction of an oomn. They are quick to blame themselves for the unhappiness of others and will feel personally responsible if someone expresses as such.

The history of the oomn properly begins with the opening of a mysterious object on the planet O'clair called "The Lockbox." Inside was discovered, of all things, a relatively large city filled with the oomn. They were both terrified and incredibly grateful for being let out of the lockbox. Since then, the oomn have taken tenuous steps to integrate into the intergalactic culture, though some clamber for the safety of their sealed box home once more because the galaxy is terrifying to most oomn.

Sad little aliens: The oomn are sad. There's nothing more to it. The sadness of the oomns is considered their norm, and as such keeping an oomn in a slight downer state is correct when traveling with an oomn. Some people are quite delighted in having oomns as it means that they can forgo some of the usual amenities and save money as long as they make sure the oomns get their jobs done. It is unknown how or why the oomns ended up in such a state, and any history of what might have happened or how oomns were in the past are shrouded in shadows.

• Oomn poetry was rated the Universe's No. 1 most depressing poetry by the Universal Poet's Society.

• Oomn were initially baffled by the concept of colors; they were all like "What, no, you made those up." Then they saw a planet that had actual colors and were kind of upset by it.

• Oomns do not favor any food over the other and will eat anything. It should be noted that even though one can hand anything to an oomn to eat, one must be careful what they are feeding it. A person can hand poison to an oomn, tell the oomn it's deadly, and the oomn will still eat it anyway. 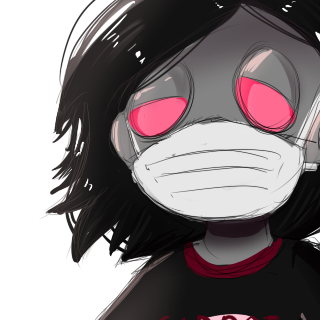 -Back to Species Menu-
< Oblein
Oquinta >