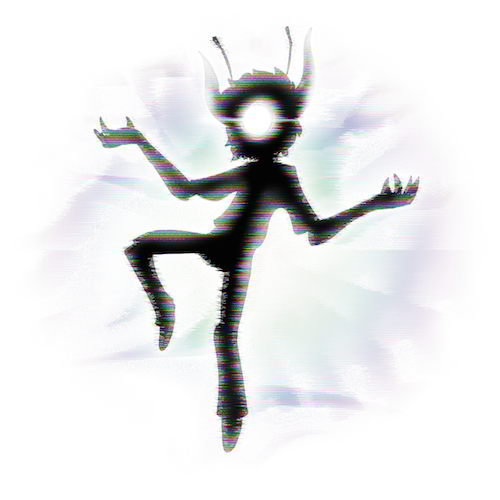 “Hello Hello, I'm Kyle, Kyle Continuous. Would you like to play a game?” — Kyle

Kyle it must be fundamentally understood is not a wholly physical creature, he's more accurately understood as a curse that overrides people's natural state of being with his, though make no mistake he is the same being regardless of what shape he takes.

Due to his nature, his exact physical appearance varies depending on his current host, but there are some key features which remain consistent regardless. The most notable being his general appearance, as a pitch black version of whoever it was that he's possessed. The features of his former host underneath this obscurrence are difficult to make out, as are really any details beyond their general shape. Observers describe it as though a "bright light was shining behind them at all times."

His other key features, are a pair of swept horns, that sprout from wherever the host's head is, or whatever the nearest equivalent is. While these horns are somewhat amorphous, they are always "s" curved, and seemingly ablaze with light on the tips. The other, is the singular blazing white "eye" that appears on wherever the host's face or similar would be.

Some people have reported strange dreams, of an individual similar to Kyle, and while it is not confirmed whether these are related, due to Kyle's abilities it is worthwhile to note. This individual shares Kyle's three distinct features of being a pitch black silhouette with horns backlit by a strange white light, and singular glowing eye. This being appears as an impish creature, with a "face" shaped like an inverted triangle, and a small body seemingly wearing little other than a small white bowtie. This being offers strange deals and agreements to people, for uncertain cost. People are advised to not listen to what they're offering.

Kyle is most generously described as a "trickster", his seeming main goal in life being to frustrate and annoy as many beings as possible "Before the Universe burns to glittering cinders."

He cares little, for station, title, or what one is engaged in at the time when he decides they'll make for an excelling target for his "games", once he's locked in on someone he won't relent, unless they bore him, which is harder to do than it might seem. Kyle's favorite "game" of course, is what he dubs, always after the fact, as "Don't Kill Kyle." The main aim, as implied, being to not kill Kyle, regardless of how obnoxious or obstructive he is, or how much he might taunt you.

Kyle shows quite callous indifference to others, particularly whoever it was that he's possessed. He cares quite little for what danger he puts people into, in fact it seems that such things only make things more amusing to him. Notably, he does seem to display a seemingly genuine enjoyment over seeing people overcome his frightful challenge, though this seems to be more motivated by an eagerness to perform even more difficult, frightful, or just annoying "jokes" on them later.

Indeed, Kyle doesn't make "friends" generally, as most species end up dieing one way or another in fairly short order once Kyle begins his fun on them. But those that manage to survive long enough begin to earn the closest Kyle can muster to "fondness" as Kyle does seem to have a genuine enjoyment for his grim whimsy, and those that can "hack it" please him.

In a rare in person interview with the man Kyle revealed the following about his "mysterious past":

"I remember awaking lying on the grass. The sky blazed with white fire, and the air smelled of static and anti-freeze, and I remember a most peculiar feeling about myself. I distinctly felt that I wasn't who I was supposed to be, yet I could not recall in any capacity who I aught to be. As the sky and the fire and the grass and the trees... did I mention there were trees? Frightful trees, not really trees as you would know them, horrid things with eyes and ice that danced like a sea ablaze and screamed like a shrill choir. It was rather lovely.

The skies, the trees, the grass, and the flames began to dance apart together, and at once, and reality began to groan in agony as it began to come undone. I knew not why, but I knew I could, and should leave there immediately. So I did, and I left that lovely Armageddon behind. And don't bother asking me where or what it was for it is gone, and will never be back, not until everything else is gone."

At some point after leaving "that" the earliest reports of Kyle's existence are seemingly in psychological reports that describe a figure resembling him appearing the dreams of dozens of creatures, all with the same theme, "He asked me if I wanted to dance in the fires of the Universe." All of these reports note that the patient in question had answered "no" to the being's question, up until one psychologist recommended his patient say "yes" and then report to him what happened. The patient in question, never returned.

Curse Continuous: Kyle's most notable ability, is his curse. Whenever someone kills Kyle, they contract his curse, which will either gradually or near-immediately, turn them into Kyle. The curse, regardless of how long it takes to come into effect has the same progression.

The first step, is rather soon after contracting it, the afflicted will begin to hear a rhythmic ringing, that will only increase in intensity as the curse progresses.

Next, a strange black liquid will begin to issue from assorted orifices on the victims body, at first in small amounts, but relatively swiftly begin to issue to the point where dealing with it is mostly impossible. The liquid has many strange properties, such as blocking light and obscuring vision in ways most report is quite unpleasant, and being attracted quite strongly to the afflicted.

The third step begins whenever the black liquid as fully encapsulated the afflicted. Soon after, a bright light will begin issuing from seemingly nowhere near the afflicted. This light will grow in intensity until it becomes too much for most observers. Those that can stand it, and even see through it, note that this is when the final physical changes occur, as Kyle's horns grow upon the afflicted's head, and his eye light appears. Kyle typically leaves, immediately after, unless he'd planned before hand otherwise.

Worth noting, is that this is not Kyle's only means of possession. It's been reported, that in rare occasions, Kyle dies without a "vector" for his curse. In such things, it's theorized that Kyle then appears, as an impish spirit, in the dreams of others, seeking to trick them into being possessed by him.

It should be noted, that while Kyle, as far as can be observed, fully overwrites the afflicted's mental faculties and abilities, the physical capabilities of the possessed remain the same.

• Kyle displays a pointed preference to the "easily annoyed" when seeking people to bother. Such people give what are presumably the most satisfying reactions to him.

• Kyle's been known to fabricate and falsify accounts of both his abilities and nature in order to lure people into false senses of security or comfort. Truthfully, the above first person account of his origin cannot really be trusted because of this.

• Point of fact, there was no interview, I never talked to anyone about my *past* or anything like that. But it was a fun story wasn't it? It wasn't funny right? I thought so anyway. Be seeing you. / 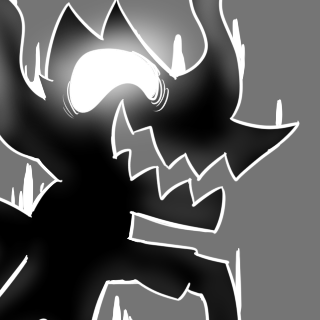 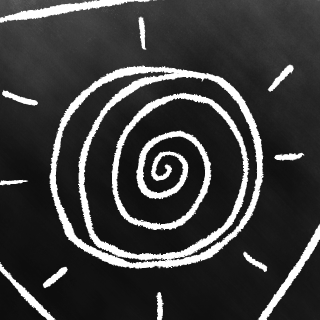 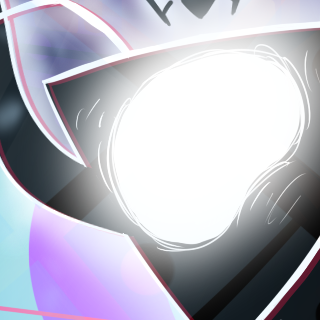 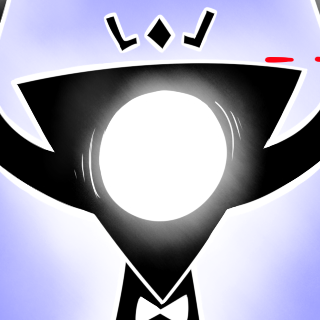