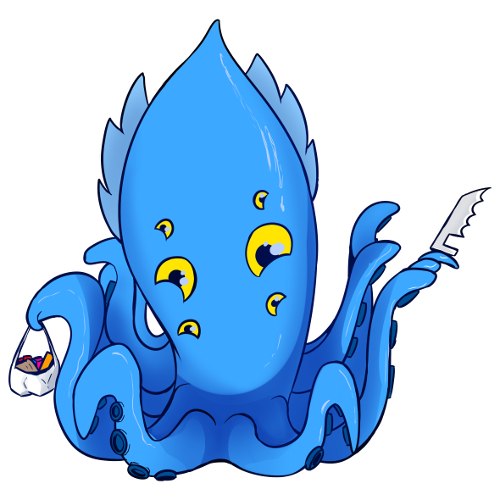 “Lobsterburgers? That's no good for a growing young Malrus! Throw that out and let me make some real food for you.” — An oblein after digging through a stranger's luggage

Attack Method: Try to get help. If that fails, attempt to exploit the biological weaknesses of the opponent.

[Affectionate] Neutral trait
This character cares nothing more then to watch out for and take care of other characters. They commonly end up the "parent" of most group and do their best to keep everyone in high spirits. Sadly some characters may not enjoy this at all or this character might mismanage their own personal time due to caring for others.
[Confident] Positive trait
This character is confident in what they do and rarely ever doubts themselves or the people they believe in. They're able to trust people and can raise the morale of people they trust.
[Intrusive] Negative trait
This character has no sense of personal space and might do rude things like going through people's belongings, touching people and asking personal questions. This can be tiring for their fellow crew and could them into trouble.

The oblein are octopus-like creatures with long heads that sport six highly developed eyes and several delicate spiny ridges. Their many tentacles are highly versatile, allowing them great control over their immediate environment. They are hermaphrodites but can reproduce asexually like starfish.

Their space-faring members will often have an extra organ attached to the tops of their heads that they use to breathe in whatever atmosphere they need to.

The oblein are extremely intelligent and curious. They have trouble understanding the concept of privacy so those less trained in xenodiplomacy are unlikely to hesitate to search through one's luggage or ask deep embarrassing questions. Their species have developed bio-engineering to the point where they can grow extra organs to allow survival in new environments in a matter of days.

The oblein developed their civilization in the ocean planet of Augaeu. Curious about exploring beyond their own world, they began to build surface telescopes and surface launchpads. They also developed bio-engineering as a way to allow them to survive for longer periods of time above the surface of their planet, as some of the species on their planet had already naturally evolved, something that eased their entry into galactic society.

Bio-engineering: Many obleins are experts and organ and tissue regrowth and they make fantastic doctors if one can get past their touchy feely ways.

• Oblein family meetings are enormous because of their starfish-like reproduction, and all the versions of the same person around that are around don't make them any simpler. Some of the regulations the oblein use have inspired incredible innovations in management.

• A lot of oblein art is very fancy ink pictures and texts. It's theorized that this fascination with ink stems from an ancestor that had ink sacs like other primitive cephalopod do. More impressive than their inkings is the fact that they manage to create and preserve them deep underwater.

• The first oblein ambassador to visit Oclair kept offering food to the oomn officials around them up to the point where the officials developed health problems from overeating, which was thoroughly disturbing for the other diplomats to watch. Lonely oblein will sometimes take an oomn as a pen-pal and send them fish pastries as well as messages. 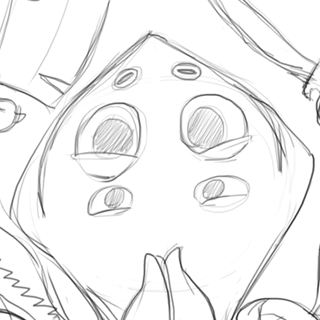 -Back to Species Menu-
< Noxis-Noverum
Oomn >