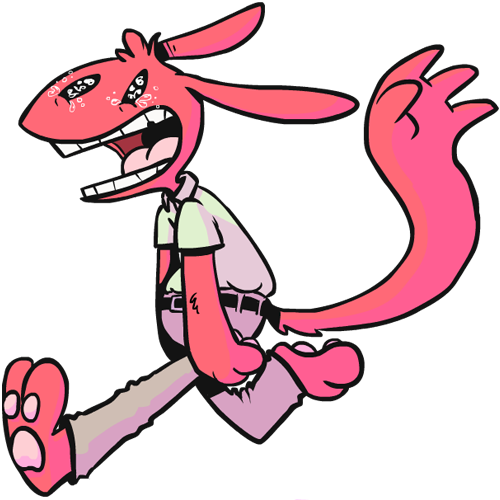 “Fake your laughter, fake your smile, fake your happiness- but never fake your punch-in time! Overtime is strictly PROHIBITED and is grounds for immediate dismissal or termination.” — Metaparxi Orientation Handbook 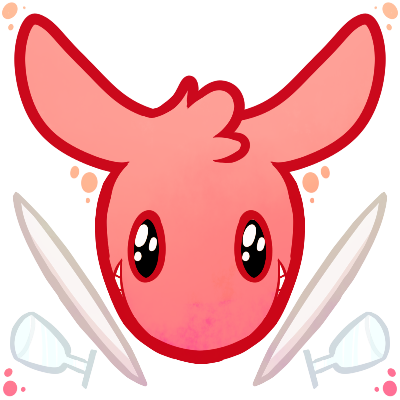 Attack Method: They are strictly forbidden from ever physically harming another being, even in self-defense. They may sling thinly veiled verbal insults from time to time.

Metaparxi do not believe in any god, though some who are extremely brainwashed may worship a limbo god.

Metaparxi are a mammalian, fur-covered species that walk on two legs and have both ears and a tail. Their ears are reminiscent of rabbit's ears, while their tail has a helpful hand on the tip. Their heads are oval-shaped and they have large, soft paws with no claws but plenty of unseen, squishy padding underneath. Their feet are divided into two "prongs" with, yet again, no claw or nail to speak of.

Their fur comes in blue, yellow, red, green, white, black, brown, and gray with almost no variation in shades. Rare metaparxi exist that have been specifically bred into a unique color and are employed by very wealthy individuals. The eyes of this species are only ever black with white sclera and no variation even in rare colorings.

There is no physically visible difference between a male and female metaparxi, and they adhere to he, she, or they/them pronouns as a preference.

The metaparxi as a species are very docile, non-confrontational creatures, with a knack for negotiation and compromise. They will do anything within their power to avoid arguments or backlash. They are known for being obedient and submissive to higher classes and anyone who might be more powerful or wealthy than they are. Despite all of these traits, they are privately sarcastic, nihilistic, and classist, with predispositions to loathe anyone that is capable of bossing them around. They have a natural 'soft spot' to fellow poor/working class species, and turn a blind eye to any misdeeds they might perform. They do not often go out of their way to perform charity or random acts of kindness, but they could for those of the same race/class/occupation. Their most villainous act would be that of slander, as they can be very verbal in their disdain for others.

Metaparxi try to hide their cruel thoughts and feelings by keeping quiet, and are thought to be a very soft-spoken species by those who are of a higher class or race than them. When "working" or "on the job" metaparxi never risk their position by saying anything "mean" loud enough to be heard. They wear perfectly happy smiles and are extremely polite and well-mannered. When they are "off the job" or no longer consider themselves to be "working" they drop their happy persona and allow others to hear what they really think and feel.

The only notable event in the metaparxi's life is the enslavement of their race under notail capture. Upon first birth, metaparxi came in a wide array of colors, but after being enslaved by the notail race, their colors streamlined into precise, uniform "hex code" colors to fit specific brand names and labels. It is now currently possible to hire metaparxi in shopfront colors.

Helping Hand: Metaparxi's extra hand on their tail is in fact partially sentient. It obeys the will of the host overall, but if left unattended it can act independently. Most often the tail will be helpful, but if the metaparxi is in a state of exhaustion, disarray, or frustration, it can lash out and even sometimes hurt others by constricting too tightly around vital body parts, or launching objects at others. It can be stopped and tamed if the metaparxi only wills it.

• Metaparxi "defectors"- those who steal or cheat their bosses in some way and get caught- are respected and feared by their peers, but also ostracized. Metaparxi will not defend or help defectors lest they be seen as one of them.

• Metaparxi can be seen as two-faced friends, but they think of it as job, and life, preservation. They are born into shopkeep life and will die in shopkeep life, no exceptions- so they must keep a good reputation among all classes and species.

• Metaparxi try not to shop at their own places of business, loathe to give their bosses any more money than they absolutely must. 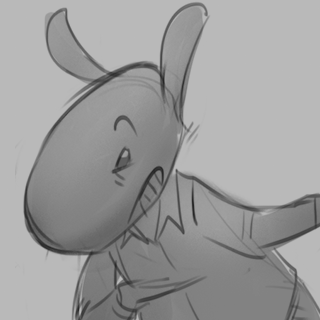