“My best friend is a feathery cat! At least, I think they're my best friend? It's hard to tell, honestly.” — Person talking about their possible duyami friend

Attack Method: Duyami prefer to stalk and pounce, slashing and biting at any soft areas they can reach.

Duyami treat the sun as if it were a god, but do not assign that specific word to it.

Duyami are sleek and limber, possessing many feline traits. While they're much shorter than the emoza they share a planet with, their legs are long compared to their body and their tails are even longer. A spotted pattern can be seen on their short beige fur, and under their eyes are two black lines that look like tear tracks. Their eyes are sharp and amber colored, and long whiskers sprout from their forehead and cheeks. Duyami can switch from standing upright to being on all fours interchangeably, though all fours allows them to be faster. On each limb they have paws with soft, black pads and retractable claws.

Starting from the middle of their foreheads and trailing down to the end of their tails is a crest of feathers. These feathers also line their bottom legs and arms, and may occasionally grow over the shoulders of a duyami. The colors of these feathers are always cool, being blues, greens, or purples. It apparently serves no purpose other than for cosmetics. Many are unsure why duyami have these feathers in the first place, but a few members of the species claim they were used for the days when they lived in trees.

When duyami move, it is in fluid and silent steps. Unless exceptionally clumsy, it's rare to be able to hear one stepping into a room.

Duyami are a social species that places importance on respect. There's a standard gesture of greeting that duyami share with each other, that being either a chirrupy call or pressing paws to each other. It is similar to high five, but is far gentler. Occasionally both may be done. To not perform one gesture or another upon meeting each other is considered disrespectful. Not disrespectful enough that a duyami would start a fight over it, but disrespectful in the same way that it's usually polite to reply to someone who's said hello. Duyami with a close relationship may come up with their own exclusive greeting, or they may forgo one entirely.

When entering an area where people may not notice them coming, duyami make a brief sound (such as a chirp, growl, or purr) to alert people to their presence. This is not instinctive, but a social norm.

Duyami are friendly and charming to people they meet, even if they don't mean it. Not many would care to admit it, but they adore interacting with people and exchanging affection, albeit if it's through a restrained lense. Many dislike the possibility of conflict, and so attempt to be as polite as possible. To avoid clashing opinions, personal topics are rarely brought up, sticking to small talk, no matter how boring. To freely throw insults around or speak crudely is incredibly rude, but duyami don't often act like it is. Above all, they try to be respectful.

If a duyami genuinely does not like someone, they will tend to avoid them rather than stir up trouble. It is commonly believed if they break their composure it may only make a situation worse. Someone could throw a full on temper tantrum in front of one and a duyami would bear it in an effort to remain civil. If it's clear the tantrum is not something purposeful, afterwards the duyami will continue to act respectfully around the person. But if the tantrum is intentional, the duyami may be far more cold and avoidant towards the person to the point of never speaking to them. Similar behavior can be found in situations where the rude behavior in question may not be a tantrum.

It can sometimes be difficult to tell if one is close with a duyami, as they treat almost everybody in the same impersonal, friendly way. One way to know is to what degree they treat people like this. Someone close is often treated less formally. Another is spotting what behaviors are exclusive. Only a certain person could be allowed to share their food or step into their home.

There are some duyami that disregard the typical restraint most hold when interacting with people. These duyami consider it unnecessary and harmful and prefer to act genuinely rather than put up a performative air. Respect is something they give out only when they believe someone deserves it. Authority may be treated the same as the average person unless they can prove to the duyami that they are worthy of anything more. The same duyami that enact restraint around everybody often think these duyami are foolish and rude.

If able, a duyami will sleep in the warmest place, enjoying the comfort it provides. This can mean having a nap in a sunny spot, participating in a cuddle pile, or taking the room with a heater. A cuddle pile is the most appealing to a duyami, but is one of the least common to find them in, due to most duyami treating people at arm's length.

The species is naturally familial, and holds great pride in taking care of their young. This has created a soft spot for infants in general. Before giving birth, or even before conception, a duyami will do their best to make sure the environment is safe and they're able to take care of whatever children they may have. Cubs can be born in litters of four to eight, and are taken care of until they're of age. It has been noted duyami often develop an exclusive "language" with their family, which takes the form of chirps, hisses, growls, purrs, and other noises. A child does not have to be biologically related to a duyami to be treated with great care and sensitivity.

Someone who is not biologically a duyami's family, no matter if its an infant or a grown individual, can be treated just as closely as any blood-relative. All it takes is time and genuine connection. Conversely, if a blood relative does not make an effort to keep a positive relationship, a duyami will have no qualms with cutting them off.

As duyami have a largely oral history, not as much is known about it as a written history would be. They started off living in the trees a long, long, long time ago, and moved down to the grasslands of Chyta around the same time the emoza decided to move higher up. The two species may have had negative encounters in the past, but in modern times they are acquaintances of a sort.

The duyami evolved among the grasslands, becoming stealth hunters that could dash after their prey. There was little shade from the sun, so they learned to enjoy it's presence and how to craft with the materials around them in order to protect themselves from when the sun was too strong. The duyami knew the heat could be exhausting, but they also knew the sun was what made it possible for all the plants on their planet to exist, for the animals that fed off those plants to live, and for them that fed off those animals to thrive. Even when it's strength was unbearable, without the sun, they would not be there. The sun was respected for the life it gave. People wanted to honor the sun somehow, but not everyone could agree how. They suggested festivals, songs, paintings, rituals, stories, and more. But no one could settle on one thing to do. How to honor the sun wasn’t the only thing people would disagree on.

If there was anything to have an opinion about, someone would share a different one, and no one seemed to want to change their opinion. It started fights. Everyone seemed to think differently, and no one could agree. There were only a few things anyone seemed to share thoughts on, which was that the sun was special and that fighting did not help. Even when people scratched and bit each other over something the other had said, no one would be happier for it. In fact, it only made them more miserable. It certainly didn’t help them survive, being wounded by their brethren. The duyami agreed that since opinions seemed to create arguments, and arguments led to fights, and fights led to death, it would be best to try and avoid conflict altogether.

• While duyami resemble cats a large amount, petting one without asking or having a close relationship with one is considered one of the worst things you can do.

• If one discovers a lone child, a duyami will often assume the role of temporary caretaker until the genuine caretaker of the child is found.

• Some duyami may become fascinated with AI that either resemble children, such as Mors, or the sun, such as Apollos. It is possible that they will instead scorn them for the resemblance, however. 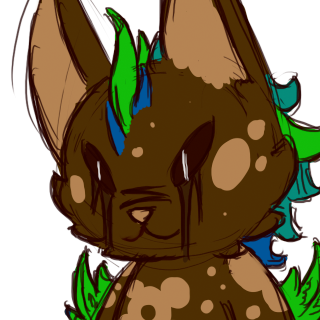