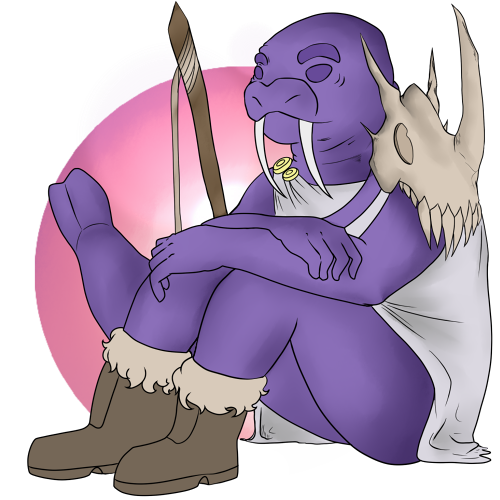 “Something tells me that thing must have been a ghost.” — A malrus hearing something in the middle of the night

[Superstitious] Neutral trait
This character is more likely to believe in myths, ghosts, and old traditions relating to them. They may have a tradition they follow and may refuse to do certain things that may cause a bad omen to appear, or give them bad luck.
[Adventurous] Positive trait
This character will answer the call to adventure more often than not. With this trait they are more likely to run into places with more loot to be found. This character is less daunted by certain situations and morale is raised whenever they're put in an adventurous situation. This character may have fears, but they're willing to meet it face to face.
[Overconfident] Negative trait
This character is too confident in their abilities and is not realistic about how dangerous or challenging something may be. They may take on tasks they cannot do, or put themselves or their team in dangerous situations because they think they can handle it.

Malrus don't believe too much in gods, beliving that worshipping something that cannot be seen is inviting ghosts in to your house. They honor the heroes of the current day and age instead, not as gods, but as the people they were.

Humanoid mammals that resemble walruses and seals. They are pretty large and round. All malrus are hairless and have a walrus/seal tail. Young malruses start out life crocus in colour. As they get older their skin becomes darker. An adult skin colour is a nice valerie. Their skin can become so dark that it becomes black as night.

They wear the hides of the 'snow beasts' that roam their planet. These hides are usually pretty furry, and make excellent hats/coats. Though they don't really need it to keep warm since their skin is so thick and rubbery. It's more of a trophy to show which snow beast you killed.

Males have big tusks that are used to dig up ice turnips. These tusks are sometimes decorated if the malrus has done something of great interest or punched something really big. The males also have thick mustache like whiskers. The females are slightly thinner than the males. They have spots on their heads and backs. They have no tusks and their face looks more like that of a seal's and they also have longer tails than males.

Malruses are a very jolly and bold race, or a drunken and foolish one depending on who you ask. They are pretty friendly to most races, but dislike races who look down on them.

They love their beer and are always ready for a fight, especially ones where the odds are stacked against them. They not only fight for fun, but for pride as well. They are often seen wrestling one another showing off their strength. Fighting is so ingrained into their culture, that punching someone in the shoulder is a sign of affection and friendship. These signs of affection are sometimes misunderstood by other races. Malrus don't usually hide their emotions, so it is very easy to know exactly how they feel.

Because of their love for anything alcoholic, they are good brewers, as a result some malrus take up the hobby of brewing. They will try to brew anything, even stuff they probably shouldn't in an attempt to make new alcohol. They are always looking for reasons to celebrate, it gives them the excuse to drink more, as such they are known to be quite the party animal. They are also known for making insulting bar songs about other races.

The malrus language consists of whistles, clicks and other sounds they make with their mouths. Though malruses have tried to learn other languages to better communicate with the other races, they tend to have a weird Scottish accent in all other languages they try and speak.

A malrus can hold it's breath for up to 14 hours and can also endure a high amount of pressure. This is due to their swimming bladder located in there necks. High pressure isn't the only thing they are good at enduring. Their rubbery thick skin allows them to take a lot of damage. This is probably due to evolving on a planet with sharp toothed predators, because of this malruses tend to take more risks than other races. Malruses make good guards, mercs and engineers. Basically anything that involves hitting things.

Malruses are very superstitious. They believe in spirits, ghosts, and evil snow goblins that live in shoes. Because of this they are very distrusting and suspicious of AIs. For all they know it could be a evil spirit... or a snow goblin in a box pulling little levers.

They were a pretty primitive race before first contact. Back then all a malrus wanted to do was get drunk and have a wrestle with a snow beast. That all changed when first contact was made. Unfortunately for the malruses, the first space race they met was not a friendly one. As soon as they had landed their ships they began attacking the malruses.

Since at this point of time the malruses did not have a proper organized army they were soon defeated. As a result most of the malruses were enslaved quickly. Though some did manage to elude capture, going into hiding in the dense forests and mountains of the planet.

Twenty years past and the invaders had set up a factory where the enslaved malruses built engines for their ships. During this time, many malrus had tried to fight off the invaders off their planet, but all attempts has failed. They had almost lost all hope, until a malrus, by the name of Oleg Icesmasher appeared.

Unlike other malruses, Oleg was the only one to have escaped from a the dreaded factory. He united the remaining tribes and with the help of the knowledge he had gained from the factory, and they built weapons that could rival the invader's. Then came the battle for Kivver. Oleg was the one that led the charge on the factory. It was a vicious and bloody battle that only lasted a day and against all odds the malrus had came out victorious with the invaders fleeing back to their mothership.

Oleg was not done though, as the mothership took off Oleg hopped on to a nearby engine and hit it with a wrench. This made the engine roar to life and sent it flying high. Oleg rode the engine right into the mothership making a massive explosion. Oleg had made the ultimate sacrifice to save his people. And so, the day was won and their planet freed from the invaders. Two centuries later and the malrus are pretty well off. During this time they managed to build their own ships and explore their system. They also eventually found other life that weren't total arses. As of late the malrus have been trying to get recognized as an actual space civilization as some certain races still don't believe the marlus are responsible enough to be considered an actual power.

Hibernation: Malrus are known to hibernate when food is rare or when they're bored. When in this state their body completely slows down, even the rate of their breathing. It slows down so much that they might be considered dead to an onlooker. How long they can stay in hibernation depends on how much fat they have, the more fat they have the longer they can hibernate for. The longest recorded malrus hibernation was about 50 years, said malrus had seemed to have aged very little when in hibernation. It is also observed that malurses after this hibernation appear to be much thinner than normal likely due to using up all of their fat storage in this sleep.

• The malrus home planet is Kivver, any icy planet with barren snowy wastelands and dense forests. It has a lot of dangerous creatures that the malrus call Snow beasts. The definition of a Snow Beast is "a thing that wants to kill you and hides in the snow." Since this definition is vague, malrus almost call every creature on the planet a Snow Beast. There are also ruins of factories and ships that were left by the invaders. 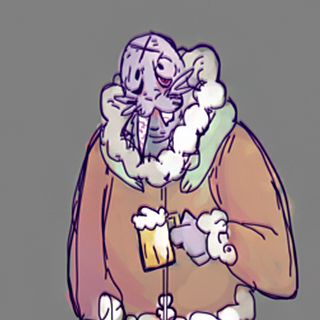 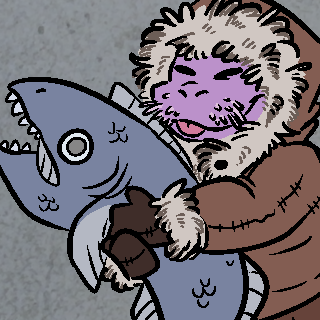