“esterday I told my friend about my 4-eyed drakon friend- I've known that guy since we were kids. My friend tries to correct me, telling me 4-eyed drakons don't exist! I thought he was kidding, but this guy gets into an argument with me! What an idiot, you'd think a 4-eyed drakon would know his own species!” — A 2 eyed drakon, talking about an argument they had with an itzel, about another itzel

Attack Method: Claw and bite, and/or bludgeon with their tail.

[Reflexive] Neutral trait
Characters with this trait will sometimes perform things on reflex without conscious thought. Depending on the character it can range from things like covering their head when they see a bird to hitting someone who comes up from behind.
[Cute] Positive trait
Aww, well aren't you just precious! People are easily endeared to this character with their puppy-like look. Their presence is often additionally capable of increasing morale for the crew, assuming they like sweet things.
[Photosensitive] Negative trait
This character suffers from extremely poor eyesight, or total blindness in normal or high light conditions, and may even suffer pain from looking at light.

Itzels are bipedal, furred mammals, though they are often confused for reptiles or birds. Itzels have four eyes, long, furred ears, and a pair of horns that loop behind their heads, often decorated with small items strung up on strings and cords like so many incredibly small wind chimes. An itzel is covered from head to toe in very soft, fluffy fur, with two longer patches of fur growing from their head down their neck, and along their tails. The tails of most itzels end in a large plume of fur, similar in appearance to a brush.

An adult itzel is armed with sharp claws on their hands and feet, which serve to assist them in hunting, self-defence, and climbing. An itzel has sharp teeth in their lower jaw, as well as a notched beak on their upper jaw. Their teeth are conical, and pointed backwards to keep wriggling prey from escaping.

Itzels are an arboreal species, which gives them a great deal of leg and upper body strength, and a natural inclination to flee upwards when startled. An itzel also has the ability to twist their hands and feet "backwards," much like a squirrel. They are able to climb for very long periods of time, and some have been known to even fall asleep in trees.

The tail of an itzel is able to store fat, which can be used to prolong the period of time an itzel can survive without food. However, if this supply of fat is used, an itzel will often eat more than usual to restore their fat stockpiles.

Itzel fur naturally mimics the patterns and colors of various species of bird, even those which are not native to their home planet of Jaron. This patterning can also influence the eye color, ear length, fur length, and in some cases give an itzel an iridescent sheen. It is noted that commonly, the dimorphism in a species of bird's patterning is not carried over to the dimorphism of the itzel, and it is common for female itzels to have a male bird's coloring, and vice-versa. Also, due to selective breeding during the period in which they were considered fauna, certain itzel lineages are more prone to pattern-altering mutations, such as piebaldism and various color morphs.

Although itzels are commonly mistaken for drakons, the two are actually very different, both genetically and mentally. Both species do have hoards, but an itzel will commonly go out and swap or even sell items in their hoard with other individuals. Itzels are also very outwardly affectionate, often offering to help groom or preen their families and close friends. An itzel by default is also rather noisy, often chirping softly to themselves or others. Large groups of itzels are constantly chattering and chirping to each other, only going silent when larger, more predatory species go by. An itzel made to work in a silent room will often become rather paranoid and stressed.

An itzel is also able to form a bond with an avian fauna- or, very rarely, an avian or otherwise birdlike species. The itzel often has very little control over who or what they bond with, often just instinctively mimicking the calls of a specific species.

The small items that itzels will hang from their horns are collectively referred to as "bangles," and are seen as a physical representation of an itzel's memories. It is considered very rude and invasive to touch or attempt to remove an itzel's bangles, as it is considered an invasion of one's self. A common sign of affection with itzels is to gift a close friend a new bangle, as a symbol that one wants to be remembered, or hopes to make many fond memories with the other. An itzel's collection of bangles is often an eclectic mix of various small items, ranging from sticks and pebbles to fine jewellery and precious gems. All of them are of equal importance to an itzel, as they are all physical representations of precious memories.

Itzels hold a great respect and fondness for nature: all of their holidays and celebrations are based on seasonal events such as solstices and equinoxes, or the turnings of seasons. There are also many festivals and feasts based around seasonal harvests. If one wants to know any seasonal events on a planet, an itzel community living there will know almost offhand when it will occur.

Due to their common case of mistaken identity, itzels are less afraid of drakons than other species, and there are common cases of "changelings," where young itzels are left on or near recently-hatched drakon nests when their families cannot raise them. Surprisingly, despite itzel hatchlings being downy gray fluffballs, no drakon ever questions the "special edition baby" appearing in their nest.

Itzel creation myth states that their homeplanet Jaron is the child of their goddess Mimuza, also known as the Allmother, though is the planet itself in some tellings of the myth. The myth states that Mimuza was lonely, so she created the first itzels. Her children expressed a great sadness for how barren their home was, and so Mimuza created all of the trees, and the grass, and from the grass came all of the animals. The itzels hold a great respect for the trees even today, even itzels raised on other planets, by other species.

The rest of itzel history is mostly unremarkable, as the itzels on the whole are very amiable- especially towards each other. The next notable event in itzel history is their introduction to the Space Era-- Jaron was first discovered by the volkronn, who immediately scooped the itzels up as a fauna to sell into the pet, fur and meat trades. Itzel fur was popular for its incredibly soft texture and vibrant colors, and the itzels themselves were popular as exotic pets for their birdlike singing. Itzels were eventually discovered to be a sentient species after many years, though many illegal pet and fur farms still exist today.

Dwarf itzel: A more diminutive subspecies, dwarf itzels are a remnant of selective breeding during the era itzels were seen as pets. Dwarf itzels come in the coloration of small songbirds and hummingbirds, and are more prone to various leg and joint issues throughout their lives.

Vocal Mimic: Itzels have the ability to mimic sounds and voices that they have recently heard. They are unable to understand whatever is said unless they've been taught the language, and so it is remarkably easy to trick them into spouting out long strings of curses in other languages.

• The front pair of eyes on an itzel are light-sensitive. When itzels are active in bright areas, they usually keep this pair of eyes closed. Itzels who spend too much time in bright areas without protecting their eyes will develop sight problems, and will commonly go blind in their forward eyes.

• Itzels lay eggs in clutches of three to five. These eggs are soft and leathery, like those of turtles or snakes.

• Hokkan are an oddly common species for an itzel to bond to. Theories often point to how the two species have a similar history: both were originally believed to be a fauna, and were sold as pets. 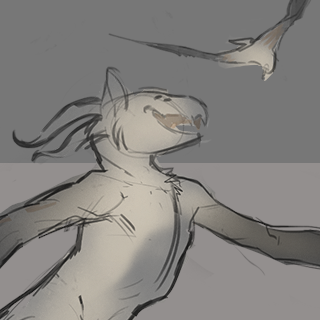 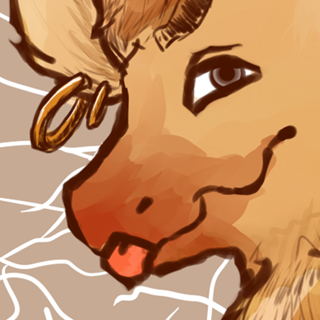