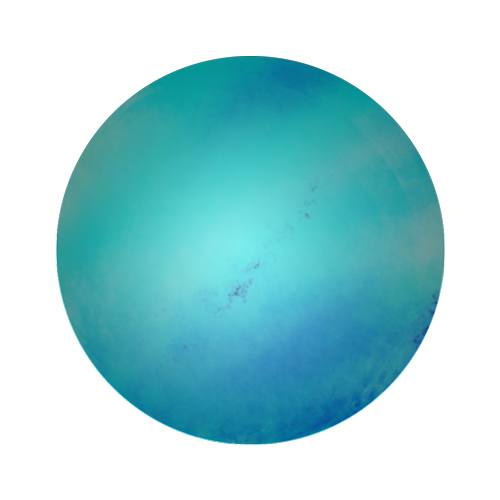 “I went there and the service was great! 4/5 stars only because my entire crew died of frostbite.” — Satisfied Tourist

Fauna: Mostly small furred creatures that live underground near volcanic vents. Almost all are sightless.
Weather: The surface is freezing cold and much of the atmosphere is in the form of dew, making weather uncommon. Occasionally it rains liquid nitrogen.

From the outside, Tayrada appears to be a barren, dead planet. There is almost no life on the surface, with only a few hardy species of bacteria that can even survive the cold. Tayrada is, to put it lightly, freezing; the average outside temperature hovers somewhere in the -200s Celsius, and the surface is covered in oxygen slush. As if that weren't enough, because so much of what would be the atmosphere on a warmer planet is instead in the form of liquid and slush, there is very little protection from UV rays and anyone without a suit would have a high chance of damage from that even if they're somehow immune to such extreme temperatures.

The only pockets of life are small underground colonies centered around volcanic vents, the main source of heat on the planet. The temperature near the entrances to these places is much higher, hovering somewhere around -50 Celsius, while the caverns populated by Tayrada's only native sapient species, the chiraam, tend to stay somewhat warmer as well as are very densely populated.

The chiraam have set up several landing spots where ships can enter their underground dwellings more easily. Visitors should make sure to bring flashlights and lanterns of their own, as chiraam colonies are almost completely devoid of light and nearly none of the locals will be able to help with this.

Tayrada was not always a freezing deathscape. Although it was always cold, millions of years ago it used to be to the point where complex life could still survive on the surface. However, for reasons still unknown, Tayrada's star began cooling rapidly and a mass extinction occurred. Anything that neither adapted nor moved to a volcanic vent perished, including most of the chiraam's evolutionary ancestors.

Fossils on the surface are incredibly well preserved, as the extreme temperatures mean that nothing rots. As such, much of the planet's evolutionary history is well documented, even though data cannot be gathered without going out in special suits.

Sorki: Sorki is the chira capital and the most populous chira settlement. It is also the only place where any outsiders could hope to find flashlights or batteries for sale. However, it's advised that one test them before buying them, because even if a chira shopkeeper has no malicious intent, it's possible for them to sell a defective flashlight by mistake as they cannot check for themself if it is actually lighting up or not.

Sorshi: Sorshi is a more moderate sized settlement. It has less accommodations for non-chiraam compared to Sorki, but it's also slightly less crowded and the prices tend to be lower.

Sarada: The north pole. It's unwise to go there without special equipment, as it is the coldest location on the entire planet and no one lives there.

• The issue of what to do about the cooling star is hotly debated among the chiraam. Some argue that they moving the planet closer to their star, while cheaper, will only delay the issue, while others say that hiring a Helios ship to bring them a new star may have devastating consequences for their planet's already precarious environment.