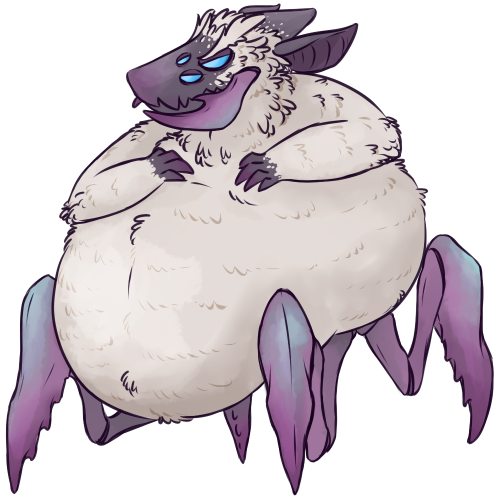 “I was mourning my wife when he jumped in my head and asked why my thoughts sound so depressing.” — An Oomn

Attack Method: An opening stage of blackmail followed by group coordinated mental overload, and then a meal.

[Collector] Neutral trait
This character has a collection of items or does lowkey hoarding of random objects they find. They are more likely to pick up just about anything they find and check it out. If an item is removed from their collection without their approval they may become minorly distressed.
[Psychic Powers] Positive trait
This character has a general psychic power trait which means they may have one or more psychic powers. Due to this being a general trait, most characters with it have not mastered any powers but know more than one. If they have mastered any powers, they use that as their trait.
[Bottomless Pit] Negative trait
This character will eat twice as much rations when it's meal time. They will also starve twice as fast due to the amount of energy they need.

They tend to worship livestock and predatory gods.

Gods: The Helper, The Feast

Depending on the time of a heredoggo's monthly cycle their bodyfat percentage will range from 1% to over 60%. This tends to result in a race that has been described as simultaneously gaunt and morbidly obese. Covered in feathers on a literally swiveling four legged frame the heredoggo are said to be a form of monotreme. The only part of their body lacking in downy feathers tend to be their leathery faces and chitinous crab-like legs.

Faces tend to be 2-8 eyed with large bat-like ears and nose. Their jaws take up a fair portion of the face, and may be the location of an eye pair if they do not have mandibles. They tend to have a single pair of luxuriously fluffy eyebrows.

Information deserves to be free, and thoughts are just information. That is one of the mottos of the heredoggo people, and is why they treat the invasion of privacy as a routine. If one has nothing to hide then one should have no issue with there neighbor sending them live reactions to their browsing history. As such anyone who desires their thoughts be hidden must be malicious, or completely unlike a proper person. Those who are still able in psychic abilities are informed after corrective social treatments to find work offworld, as there is no place in society for a criminal.

The average heredoggo will collect that which makes up their diet, and in addition will reflexively read the minds of those who pass by them, or stay within range. Most commercial translators can end up glitching when translating heredoggo vocalizations and thoughts, and the race has taken this in stride. Primarily by speaking in terms of poorly done glitched translations and thoughts.

Infant and young heredoggo's tend to mentally develop at a rate directly related to how often they read minds, and how often their mind is read. The first word a heredoggo says is considered to be insignificant, but the first time they read a protected mind, or send a thought into another mind intentionally is a cherished event.

The first group to discover the heredoggo was an exploratory crew searching for races worth exploiting. Upon first encounter the heredoggos sensed the intentions of this crew they became intensely worried.

Upon an invitation to dinner the crew asked what the species name was and the aftik translating had gotten distracted. While the city's leader politely declined the invitation as this was the wrong time of the month for him to be hungry, aftik translated it as 'our name is no'. This resulted in a nickname that tends to be known mainly by history buffs. Luckily for the heredoggo, the city leader's daughter was hungry that day, and she had dinner. To this day nobody but the heredoggo are sure what happened to that fateful crew of seven people, but when asked a heredoggo will answer cryptically, "After, they were left over."

Grazers: A grazer heredoggo is almost constantly eating, and will eat literally anything they can digest (which tends to be everything). To become one they either need bodily alterations, or just the genes for it. Grazers are considered to be an abnormality for the fact that they eat more than once a month, and will eat more than a single food group. If a heredoggo attempts to become a grazer without the modifications or genes they will end up quickly starving themselves to death by eating multiple meals daily, or will suffer other mental and physical health consequences that a grazer would not.

Modems: This type of heredoggo is able to read the thoughts of people miles away, and they tend to be unable to stop doing that. The average modem has adapted by becoming part of the local infrastructure, and analyzing thought patterns while conveying them back and forth across the city. While they are not excessively common any true city run by the heredoggo will have at least one modem. Non-heredoggo have either become used to the fact that someone is constantly unable to stop hearing their thoughts, and that person at any point could be asked to send them a message. Or they move.

• An heredoggo chooses the type of diet they will attempt to eat for the rest of their life, and it tends to neatly reflect their personality and beliefs.

• Everytime anyone has brought up claims that a heredoggo is a cannibal it is laid to rest by the local government and everyone has a nice laugh.

• Feel free to talk about your deepest fears to that new heredoggo friend of your's. They probably already know. 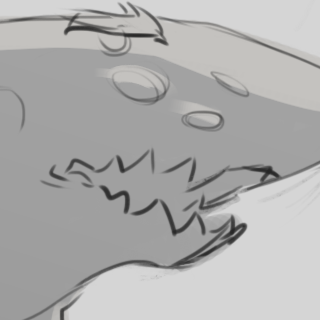 -Back to Species Menu-
< Helixian
Hirudinaria >