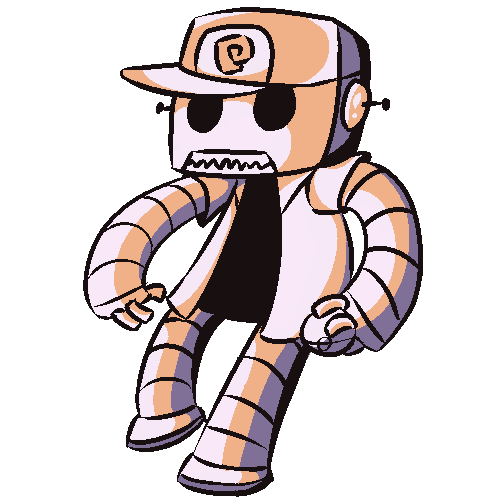 [Hoarder] Neutral trait
This character has a collection of items or does lowkey hoarding of random objects they find. They are more likely to pick up just about anything they find and check it out. If an item is removed from their collection without their approval they may become minorly distressed.
[Multitasker] Positive trait
This character is able to handle doing multiple tasks at the same time, and remembering exact instructions for them. Characters with this trait will generally prefer to handle multiple things at once.
[Impulsive] Negative trait
This character makes decisions quickly and often without thinking about the consequences. They are prone to taking actions based on their feelings and failing to see the big picture.

The helixians worship their spiral god. The closest thing to this god in the limbo texts is the Divided.

The helixians are boxy like robots. They are considered dull and boring by most. They only come in monochromatic colors and their clothing is as dull as one would expect, this is in heavy contrast to their personalities.

These beings are extremely eccentric and often obsess over random objects. They make for excellent laborers, due to their tenacity at performing repetitive and long tasks. They are also quite good captain material, as they are incredibly good at planning and micromanaging, though are often poor in the actual execution and therefore must delegate these tasks to others.

Their species recognizes a god called the Spiral. According to their mythology, their god was carried by the original blessed one and gave him commands. Through this, the original blessed met much success throughout his life, though not without much trial and tribulation. Eventually, the Spiral itself was supposedly revived to become a living entity, much like an ammonite.

Their religion also involves such entities as a messianic bird of great power, a separate bird with power over lightning, a king by the name of Fonz, the prince of Freshness, and a large flying insect capable of transporting one across any terrain and through space. Some individuals in their society reject this religion. The main opposing religion involves the domed demon with power over flame known as the false prophet in their main religion. Some more minor religions include one that worships the call of a creature native to their homeworld, one that worships fallen asteroids, one that worships a piece of paper that was supposedly owned by the original blessed, and one that worships a beast of amber called the Great Old One.

They only entered the galactic stage when an expedition landed on their planet and was killed for blaspheming a statue of the Spiral. They then took the technology of the expedition's ship and began building their own fleet. Before this the helixians were robots who were being built in secretcy by an unknown group. The helixians were a failure and the group left the planet, leaving the helixians and their factory behind.

What the true prepose of the helixians was suppose to be is currently unknown. As no one has claimed ownership of the helixians, and they had been abandoned for over 1000 years on their planet, they were able able to apply for species rights.

Blessed: Most are fairly typical, though there are some individuals that are referred to as the blessed. The helixians claim that they are blessed by the Spiral, and that they act according to his unknowable will. Indeed, they seem to have little control over their motor control, as if they were being commanded by an outside force. While the helixians relate this to divinity, most other species believe it to be a virus that has entered the helixians. These bouts tend to last about 2 weeks, but this is far from a definitive measure. There have been episodes known to last minutes, and others known to last decades.

• Due to their species wide hatred of ledges, helixians have meticulously eliminated ledges from their home planet and replaced them with slight inclines.

• This has also lead to many helixians becoming the main fighting force for handicap ramps becoming more common throughout the universe. 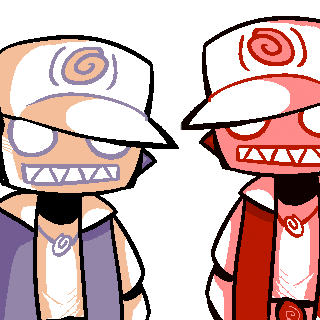 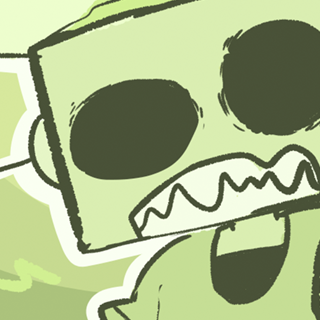