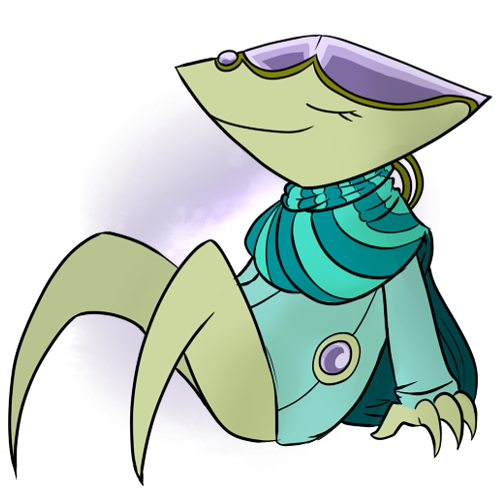 “I don't want to toot my own horn but she, and the crowd, were more than impressed that day.” — Cea Jaspur

Klannecs worship whatever they wish.

The klannec species appear reptilian in nature on the outside. However, their ancestry is linked more to avians. It is near impossible to tell from looking at them that this is so, and their species have no ability of flight. From afar, some travelers have remarked that their segmented bodies, in combination with the smooth gemstone-like protrusions from their body, make them appear almost robotic.

Many travelers also remark upon meeting a klannec "of how absolutely adorable they are", though of course this is a half and half reaction. In addition to this, klannecs can occasionally be found in different colors depending on the type of environment they live in. Typically they appear in the "Desert", "Ocean" or "Forest" colorations.

The most common klannec and most likely to be seen off their homeworld, the low class are typically curious and talkative, loving conversation with races they have yet to meet, and just conversation in general. They are ready and willing to speak to total strangers.

Klannec history is strange to most, mostly written as stories and tales, there is a lot of historical significance that cannot be proven. The most well known klannec story is in fact, a legend, this legend dictates the birth of a klannec said to become "The Storyteller" legend states; "There will come a time long from now, when the universe will face a threat greater than the existence of all life, a klannec will be born, skin shining white, with gemstones of the brightest violet, like a beacon standing out in the endless night. This klannec will be "The Storyteller" and they will be the one to record the tale of a great hero's journey, and weave the tale of peace for life in this universe." -Ancient Legend of the Storyteller

The Storyteller is not revered as a god by the klannec species, merely a rarity among their race said to bring about a great change and a new story. They believe that whoever the Storyteller is, they are a mortal being like any other, but have a destiny that will be fulfilled for the betterment of those they encounter. This "Storyteller" is thought to be a klannec of whom's environmental coloring is of the "Space" variant, meaning that the klannec was either born in the vacuum of space somehow, or born on a ship in space.

Aside from this, klannec history is dotted with small amounts of conflict that rarely last for longer than a year, perhaps two at best, these conflicts are usually civil uprisings of the class system, but even so they are exceedingly rare, as the conflicts between classes are usually minor at best. Classicists do still exist among each class of the species, but they are usually looked unfavorably upon. The most major conflict the klannec species has had in their history lies in their discovery by other species, at first when the klannec race was discovered many species found their gemstones to be of an immense potential value, and as such many pirates and other such vagrants attempted to forcibly remove these gems, discovering soon after their link to the klannecs life, as well as their increasingly quick degradation after being removed. While this practice is no longer known throughout the universe, there are still those few who would attempt to kidnap a klannec as a "Decorative Slave."

To most, klannec cities look ruined, taken over by overgrowth of plant life and fauna, klannecs allow nature to reclaim areas of the planet naturally and choose instead to live with it, rather than against it. Thanks to this you will often find sometimes ridiculous sounding things in buildings, such as entire fruit trees taking up a floor of a building, with a klannec carefully tending to the trees whilst also manning a shop. Thanks to this strange balance, the klannec homeworld often finds itself receiving many tourists seeking out the beautiful sites of nature melding with technology.

The Low, Middle, and High class: Klannecs are divided into three main "Forms" The taller and lanky high class, the always tired mid class, and the short but incredibly friendly, and to some adorable low class. The high class klannec are the technical "Ruling Class" of the species and to some: strangely graceful, with the mid and low class klannecs being the typical worker class of the species. Lower class klannec fulfill the "dirty work" being the majority of workers, while mid class klannec typically work alongside the high class or as managers for the low class. While some species view this relationship as unfortunate for the low class, the majority of low class actually don't mind the way their society works, high and mid class klannec are not often abusive or corrupt in their work demands.

Gem powered: Across a klannecs body are gemstone-like protrusions that are somehow directly linked to a klannecs life. These gems, when removed or destroyed, will assuredly kill a klannec in a process that is...less than pleasant for the klannec it happens to. These gems come in a variety of colors and often lead to the name of the klannec they are attached to; Sea Jasper, Rainbow Quartz, Agate, etc.

• Dr. Cortz was a klannec, who after being told he couldn't make a klannec out of gems set out to prove just that. While he was unable to make a klannec who was just made out of gems, he did create the cortz, who were gemstone creatures. While other species typically do not have a large presence living on the klannec home planet, Cortz are actually fairly common and essentially treated as their own unique class of klannec. Not quite fitting on the low, mid, or high class, Cortz are exempt from klannec class judgement.

• If a klannec family has a cortz that they love very much occasionally they'll name their child after it, Especially if they share a similar shade of color. 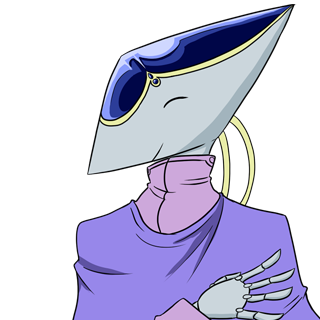 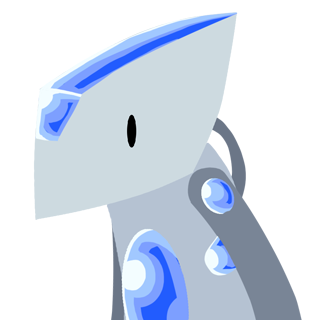 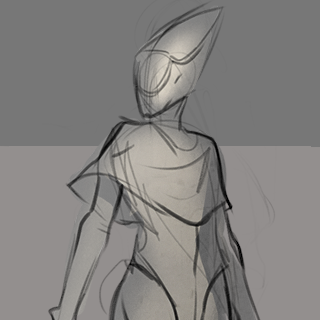 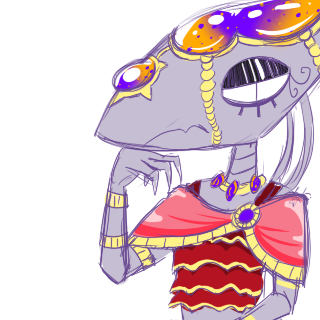 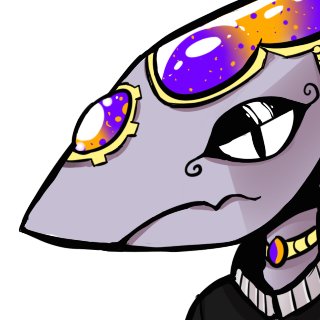 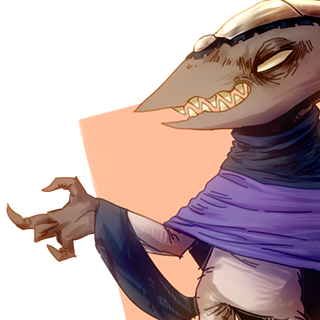