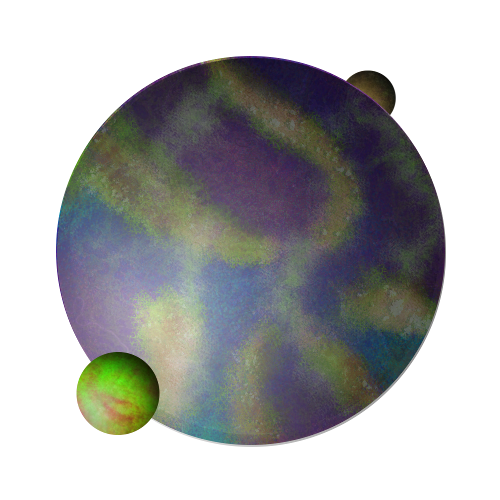 “How do they have every food?” — Unknown

A formerly swamp-like world the planet has become much more marsh and meadow like. Skyscrapers run from ocean-floor to the upper atmosphere ship-hangars, and the streets are filled with a medley of delicious scents and flavors filling the air. The streets themselves being layers upon layers of roads reaching up to mountainous heights for the citizens and workers to go. The planet is truly covered in cities at this point, and like any heredoggo planet it is known for 1/3 skyscrapers being farms, 1/3 being restaurants or grocery stores, and another 1/3 being residential, commercial, or general industrial zoning.

Due to the terraforming efforts of this race the ocean floor is more a carefully fabricated mesh of weaves and nets to avoid anything falling into the man-made trenches that lines the planet's crust. Some think that this is also a form of heredoggo farm, but for things most were not meant to see.

Long long ago the Heredoggo roamed the ocean floors and the surface of the world. Then they got hungry. Because of their rare but massive hunger they had to adapt how they gathered resources quickly, and after many periods of famine they had found perfected methods to farm the life on their planet enmasse, along with the life they found elsewhere in their system, and that of the neighboring systems they made colonies on, and any life that comes into contact with them, or the livestock traded to them.

By now the planet is a hub of agriculture, trade, and decadence.

Vatfarms Anonymous: A company known for producing some of the highest quality rations and foodstuffs, and their headquarters is based on Mortembrosias. Entry and free samples are given for free to any seeking to enter, but it is commonly known that to explore the facility or actually do more than just explore the city-sized skyscraper one must give a blood sample, or two, and sign a consent to cloning and confidentiality form. Not many go to that point, but some claim it should be obvious what is done by the rapidly growing lab-grown food company.

Marketia: A neverending streetfair exists in this region of the planet, and it seems to be an ongoing black, white, grey, red, and blue market affair. Shop for weapons, rations, fuel, ships, and anything to your heart's desire, but stay for the local delicacies, or sell your pets to the simple farmers for a whopping profit.

Disaster Zone: This area seems to be a recently submerged cluster of skyscrapers. The local heredoggo are offering pay and diving equipment for those willing to help them search and scavenge the wreckage.

• It is said that if one leaves an endangered animal, or really any animal on Mortembrosias it will either go extinct or be mass farmed to maximum efficiency. Really a fifty fifty split right there.

• There is a heredoggo saying that states "you are either a fat person with a fork, or the buffet", and if it refers to the heredoggo hierarchy, the universe, or the actions of corporations on their homeworld, nobody is certain.

• Some say that Mortembrosias is the first place where the heredoggo dug too deep. When accused their government stated that they haven't dug deep enough, as they haven't stopped finding new tasty things to farm.