“Ever look death in the eye? No? Well then you've never seen a drakon come barreling towards you after you've blown half its face off.” — Arma General

Attack Method: What the attack pattern of a drakon is doesn't matter; what does matter is how fast you can run.

[Collector] Neutral trait
This character has a collection of items or does lowkey hoarding of random objects they find. They are more likely to pick up just about anything they find and check it out. If an item is removed from their collection without their approval they may become minorly distressed.
[Psychic powers] Positive trait
This character has a general psychic power trait which means they may have one or more psychic powers. Due to this being a general trait, most characters with it have not mastered any powers but know more than one. If they have mastered any powers, they use that as their trait.
[Easily Agitated] Negative trait
This character is easily agitated and if not given space they can burst into pure anger.

Drakons firmly believe that their god, the "Radical Dragon", is the base of the planet and that one day they, the great and enlightened "Radical" Dragon, shall break apart the planet and fly off to finish their work, whatever that might be.

Drakons are large bipedal lizards. Most drakons range between 5'10 feet and 7 feet. Most drakons have horns in many shape and sizes on their head and it is extremely rare to be born without at least one. The maximum number of horns ever recorded on a drakon was 12.

Most drakons are born with a 3rd eye in the middle of their face. The eye color normally matches the color of the other eyes but it's not uncommon for a drakon to be born with mismatching eye colors. Drakons will also uncommonly have fin-like growths on the side of their heads. This used to be more common in ancient times as it helped the drakon know which way the wind was blowing, but in recent ages this has been slowly bred out.

Female drakons are normally green to purple in color while males are normally orange to purple in coloration. It is so common for females and males to end up with colors from the other gender that using coloration to figure out who is a male and who is a female is not recommended. Most drakons are patternless but very rarely a drakon may be born with a pattern mutation. When this happens the patterned drakon might be off the drakon color wheel and be a color like white, black, gray, or yellow.

Drakons have extremely long tails that do not stop growing. Drakons in the slave trade have their tails cut off and due to drakons being unable to regenerate their tails, they'll never regrow it.

Drakons are extremely powerful and have psychic powers. What these powers add up to depends on the drakon; many have just telekinesis and telepathy, but some other powers a drakon might have are pyrokinesis, pseudo-necromancy, minor mind control, and more. Almost no non-enlightened or malevolent drakon has more than one of the other powers that aren't telekinesis and telepathy. Learning a power can take an extremely long time for most drakons which causes many to not bother with it.

Drakons themselves are highly aggressive. They don't like to be touched, looked at weirdly, they might even attack just because. The drakon's hyper aggression stems from their telepathy. Many drakons talk to other drakons via telepathy which has caused them to have only a small range of outwardly-expressed emotions. While this seems like it would just cause drakons to appear impassive outwardly, drakons have one emotion they have no issue showing: anger. For some drakons, anger is the only feeling they can express and they have no issue showing it as it tends to get them what they want.

This doesn't mean that drakons aren't highly aggressive to each other; it's common to watch two drakons look into each other's eyes for minutes at a time before suddenly bursting into a violent and sometimes deadly fight. A drakon without a single scar is considered rare. One of the only ways to meet a non-aggressive drakon is to meet one in the slave trade. These drakons are considered "house-broken" by their masters and rarely even attempt starting fights.

Drakons are very picky about who they date and attempting to court one can take up to a year as they will pretend to not even notice the other person. Drakons do this because they seek only a serious mate who will follow them until one of them dies. They are highly affected by the death of their mates to the point that some would rather starve than continue without them. Cheating or dating more than one person is considered the worst taboo a drakon could do. Considering the aggressiveness of most drakons, cheating usually ends in at least one of them being killed.

Drakons are nicknamed maggots and zombies due to how they are hatched and their disgusting habits - drakons put their eggs in the recently killed carcass of a large animal, which is then buried as if it were a body being put to rest. After a few months the baby drakons hatch, eat any rotten meat that hasn't wasted away and dig their way to the surface where hopefully their parents will pick them up before a scavenger does.

Due to their cities being built on top of Enlightened drakons, drakons will often dig down into the bodies of the Enlightened ones to live in. Some drakons work inside these massive Enlightened drakons to maintain the health of them. Drakons will also even seek out large creatures and dig into them in their sleep before slowly eating the creature alive from the inside out. This can cause the creature extreme pain for weeks until death depending on how large it is and how careful the drakon is to not eat anything vital.

When it comes to sleeping, drakons value it just as much as their waking life. They sleep up to 12 hours in a 24 hour day and will spend time perfecting their dream landscape before heading to the minds of others to mess with or fix theirs. Drakons are noticeably much kinder and relaxed in this dream state then when awake.

Drakons also have hoards they protect fiercely. The hoards are normally of a single type of item or group of items. For example, a drakon might collect dragon scales or they might collect all types of scales. The worst part of a drakon hoard is that drakons rarely pile their hoard in one spot and will commonly spread them out as decoration. When entering a drakon's home or ship the first thing to do is to ask what their hoard is. Not only is this action polite but it also stops the person from getting attacked for using or touching an item in their hoard.

This of course is likely simply a fairy tale, just like how the drakons believe their planet is a giant curled up drakon.

What is known about drakon history is that drakons used to be landbased until the Malevolent drakons became too much for the population. They set up buildings on the back of the Enlightened drakons and took to the skies once and for all.

When species from outer space came, drakons didn't see it as a special deal and ended up killing and eating many ambassadors until they were forced to stop their murders and join the intergalactic community.

The 3-eyed drakon: Known as the fancy drakon, is the one outlined here and is by far the most common drakon; about 95% of all drakons are 3-eyed drakons.

The 2-eyed drakon: Known as the beastmaster drakon, is a very muscular-looking drakon. They never grow over 6 feet and they are missing all the psychic powers other drakons have but gain one that no other type of drakon has: animal communication. The 2-eyed drakon is able to tell animals their feelings and understand the animal's feelings. Due to this, the 2-eyed drakon is the only type able to control dragons without force.

The 1-eyed drakon: By far the rarest, with there only being one per 100,000 drakons. The 1-eyed drakon only has a single middle eye and while they are the most powerful of all drakons when it comes to their psychic powers, they cannot control it. Many one-eyed drakons will hear the thoughts and see the dreams of any drakon nearby, which causes them to get insane headaches. The one-eyed drakon is in constant fear of everything and will normally leave any settlement. Due to all of their issues, no one-eyed drakon has ever lived past the age of 35, any that have are likely to live isolated from all civilization.

Enlightened Drakons: Drakons will extremely rarely get a mutation that will cause them to become Enlightened or Malevolent drakons. Enlightened drakons are extremely powerful and can lift land using their minds with ease. Most of them will become colossal snake-like creatures, but rarely they will just become larger versions of themselves. The ones who become colossal snakes have cities built upon their backs. The ones who do not are tossed to the ground to join the Malevolent drakons, as they are seen as useless to the population.

Malevolent Drakons: If a drakon becomes a Malevolent, they will likely just become an extremely large version of themselves. Rarely, they will instead become huge snake forms which many drakons set out to kill. This is due to the Malevolent version of those drakons being able to fly and destroy cities - they are far scarier than any dragon to drakons. Many of these flying Malevolent drakons will fly into space to never be seen again. It's said many of them fly into a star and are destroyed.

The land-based Malevolents spend their time protecting and obsessing over their territory. They will build things such as cities, giant chess boards, and other objects that seemingly serve no purpose. Malevolent drakons are seen as dumb as they only make gibberish statements, as if they're attempting to speak but failing. An example of what a Malevolent might say is "The lima bean is the best of all the coconut buildings."

• Drakons can sleep anywhere and in any position. As such some eccentric places will pay drakons to take up roost at their houses or businesses so that when they sleep the drakons basically become a "surprisingly life like statue" as well as a fantastic deterrent to would be thieves.

• While rare, drakons have been known to hoard concepts. A drakon writer may hoard their fanbase, and thus will attempt to write better books in hopes of adding more fans to their hoard without physically obtaining them.

• Drakons are sometimes born with a disorder called "Enlighten minded". This means that the drakon is not born with the overwhelming aggressive attitude most drakons are born with. Instead enlighten minded drakons tend to be calmer and more relaxed than the average drakon, but they tend to have a harder time communicating with other drakons or understanding their habits.

• The older a drakon gets the less they touch the ground. No one is quite a 100% sure why older drakons start hovering more but it is thought that as a drakon gets older, and thus longer, they hover to counter their own mass being pushed against them. 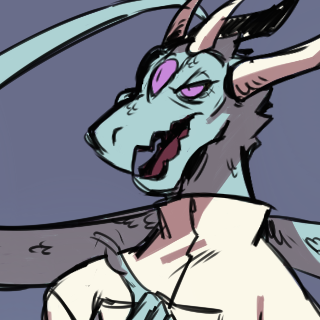 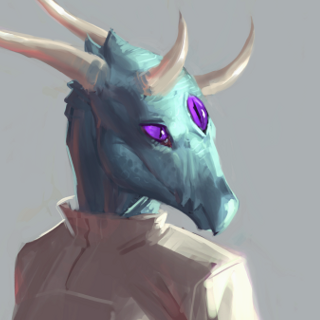 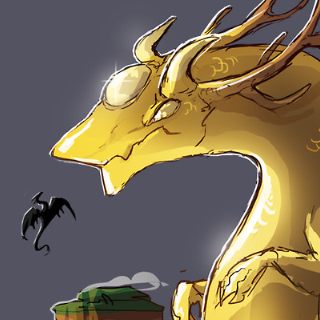 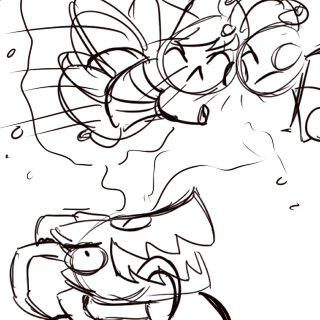 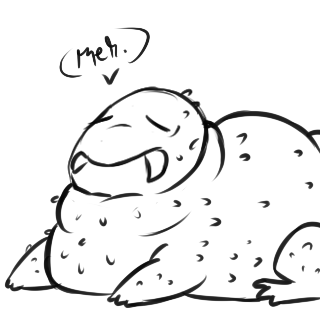 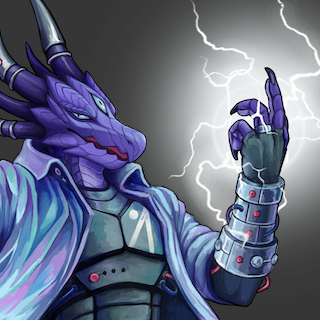 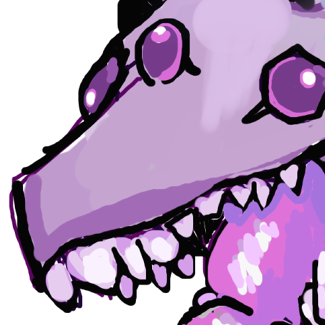 -Back to Species Menu-
< Dobro
Drattle >