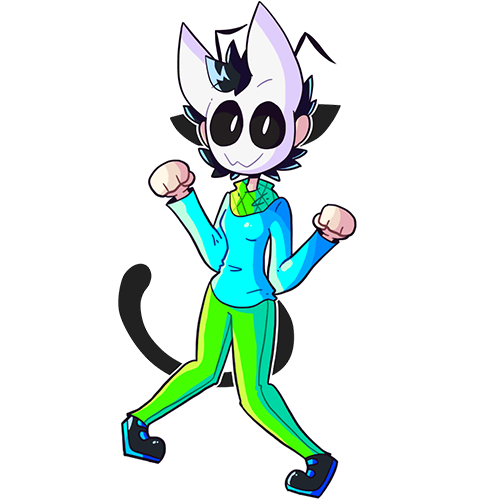 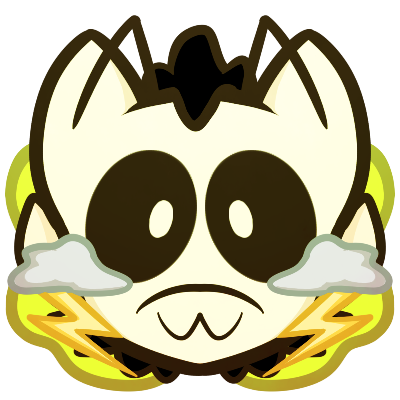 Job: Meteorologist
Likes: Math, Weather, Cats, Goo, Everyone knows what TF else they like
Dislikes: People who dislike math, Ignorance, Being called an N-class
Notable contributions: Unintentional collector and distributor of numerous anomalies, dedicated scientist on some of their effects.

If ever a notail could be described as cute, K-13205 would probably be one of the few candidates to take on that mantle. Standing slightly taller than the average notail, they have a cheery 0ω0 expression on a simple cat mask, with large holes cut out for the eyes befitting of a K-class.

Despite being outdoors often, they have very pale skin, and nearly black hair. They also are commonly adorned in bright neon clothing, with their number on their scarf, but as is known, bright colors in nature are usually a sign of much more danger.

Initially, K-13205 seems much friendlier for a notail than usual. Always willing to share what they've learned about math, weather, or other cool things, people would be quick to trust them, because there's no way that someone as unassuming as them could be a huge threat, capable of unleashing many anomalies on whoever's unlucky enough to be there.

Oh how wrong that would be.

One other thing about them is their unreasonably bad luck. The poor luck doesn't seem to be on everything, rather, the luck ends up being content to change them and anyone nearby. K-13205 often thinks of this not as an inconvenience, but as a blessing for them and everyone near them.

K-13205 was at first a normal K-class notail, always running around excitedly chasing after new knowledge. People said that they had their head in the clouds; they took that literally and started focusing more on meteorology. Everything seemed normal for them.

And then one day, they were a cat.

Normally, such curses tend to be permanent, but a few days later, K-13205 was back to their normal self. However, this revelation that forms were mutable changed their opinion, and they seemed almost disappointed at not being a cat. Over the next few years, their luck ended up bringing them to more anomalies, which commonly ended up with either them or others near them transformed, yet only K-13205 ended up back in their original form at the end of the day.

Although they still consider meteorology their main research passion, they have started to branch out into researching these anomalies, with themselves being the main test subject.

• Do not start a sentance with "I'm" near them, if one isn't giving their name. If lucky, they will only respond with a witty comment. If unlucky, well... at least the sentence will still be true.

• Despite all the anomalies drawn to them, goo-based ones seem doubly so, and many-a-days they will end up covered in lots of slime.

• K-13205 is commonly found with a small Ananke AI in their backpack. They claim it totally isn't sentient, but the AI keeps giving oddly-specific statements that lead some people to doubt. 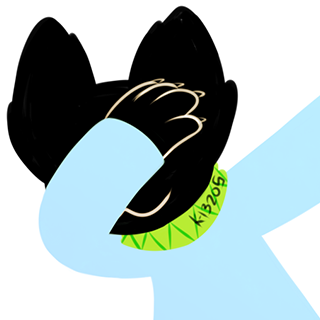 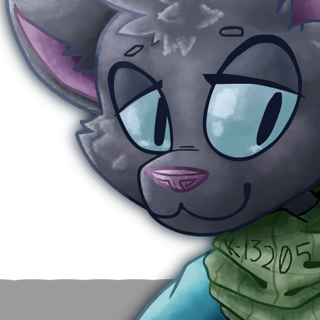 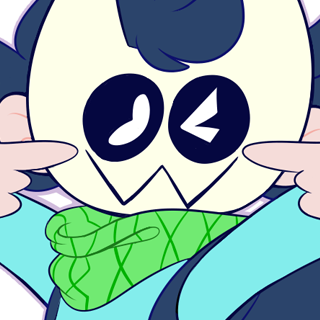 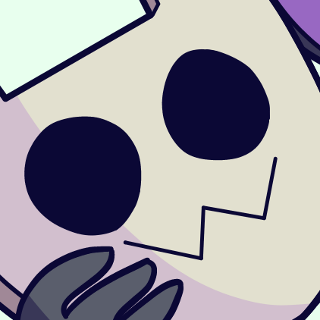