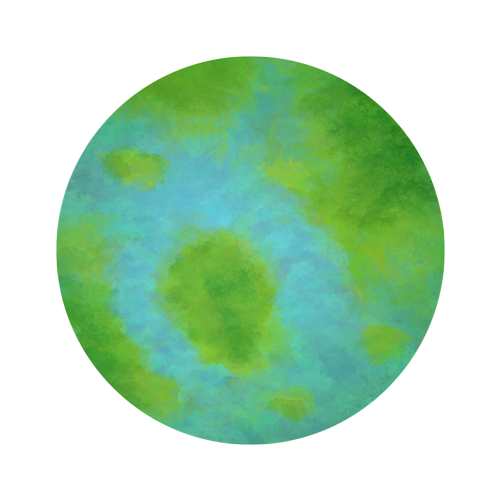 “Exotic and tasteful! Five star visit, I plan to come back by the gift giving festival” — A visitor's review

The origin planet of eparai. Its surface is populated with rivers and vast forests and plains, as well as marshes around the largest lakes the planet offers. Its days and nights are somewhat less bright than most, but the flora and buildings' bright colors make up for that. The cities spread across the planet are always centric on trade, appeasing visitors with food and performance and places to stay, and any residential areas spread out in a radius from around them. Buildings are often built in suspension, rooms up in the sky stretching across bridges.

Civilization on this planet started not when the first major tool was created, but the first time that the creator encountered another of their kind with it. A primitive forest-dweller, they had managed to create something that made survival more plausible, but another still struggling had seen it on display, and the sheer awe that eparai radiated from seeing the tool drove them to seek out others.

This resulted in society starting loose, but each time something new was created it was rapidly reproduced and shared across developing gatherings of clans, which had quickly realized they could begin to feed off one another. The lowering mortality rates and evolutionary manifestation of deeper empathic feeding resulted in a massive population boom. For a generation, this population density was feasible, and it resulted in tremendous advancements and monuments being created, still present today in refurbished ways as the planet's effective "capital" of commerce.

However, this development caused overcrowding within less than a century, and eparai spread across their planet, discovering variations of their ancestry and gathering together.

Soon enough, the colonies they continued to make drove the eparai to settle canyons lining their mountainsides, a first start at dulling the input they would receive outside thinner, common settlement walls. They formed the first true cities as they dug into cliff-faces, darting across bridges natural and manufactured, and continued to reform their planet as their lives only expanded.

They had crossed the mountains and settled flourishing desert cities in their industrial age, trading posts and rest stops plentifully speckled across meadows and highlands for travel, settled in the steppes that bordered never-seen lakes, and the sky and space is finally reached, on the species' own, when there's a thriving city and some for every biome.

Avesia Global Centre: Where about seventy percent of traveling ships land; a thriving metropolis, and one of the only areas on-planet where residential and commercial buildings can be found together. Other species frequently take vacations or even permanent homes nearby, and plenty of tourist-centric locations are set up.