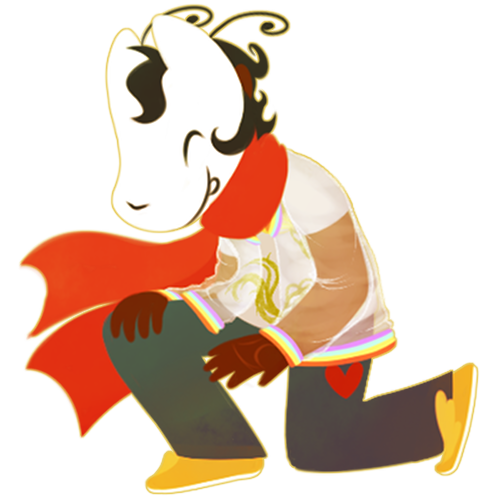 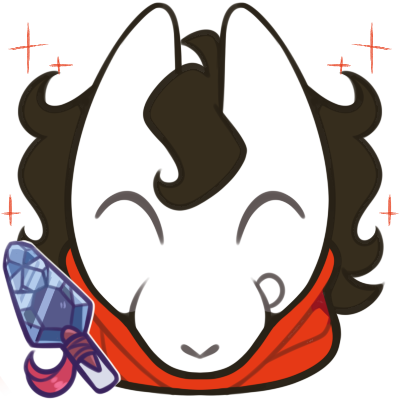 Job: Protagonist
Likes: Helping people, Solving problems
Dislikes: O-6
Notable contributions: Dedicatedly assisting anyone they meet without expecting repayment. Hero is also very obviously intending on saving the universe from O-6, which isn't something most people are really complaining about.

[Compassionate] Positive trait
This character is not only considerate of others, but is also very understanding of other's issues. This person is good at seeing things from other's points of view and seeing how people's issues would make them feel. Others may want to talk to this character about their problems as they will understand, and may feel bad for them and try to comfort them. However, their sensitive side means it may be easier to hurt this character's feelings - or at least, it could have if they had any feelings to get hurt. :P
[Respectful] Positive trait
This character is respectful and will respect the wishes of others or at the very least will make a compromise. Many others will feel safer talking to this character after their first talk and talking to them raises sanity and morale.
[Never Panics] Positive trait
When situations come at this character, they remain calm and collected. They are able to think clearly in nearly all situations. Why would they be scared, even if things do go wrong?
[Calming Presence] Positive trait
This character has an effect on other characters ranging from calming the aggressive and adversarial drives of other organic beings, producing a slight euphoric feeling, producing a sense of trust, or slight sedation. They're just here to help. This works on organic beings only.
[Strangely Graceful] Neutral trait
This character is graceful, but in a sort of odd way. Many will note that this character has an odd sort of grace, and is frankly sort of mysterious. This causes many other characters to pry more into them.
[Hero Complex] Negative trait
This character is easily moved when they see somebody down on their luck. While this character may end up making some friends this way, they will end up helping others even if they can't afford it. That's fine, though - it's the sole thing they're meant to do. Nothing else matters. This character suffers severe morale losses when made to be "mean", but doesn't feel any obligation to be nice to villainous people.
[Ruthless] Negative trait
A more extreme version of [Pragmatic]. Where a pragmatic person would save 100 lives over one loved one, having done the math and weighed the odds, the ruthless person would be willing to sacrifice 100 lives to get rid of one person. Sometimes you have to let a planet burn to save the rest of them.
[Destiny] Mystery trait
You can't fight it - and Hero doesn't want to.

Hero is a very dark-skinned notail with black, curly hair that stands out almost immediately in a crowd of their species simply by dint of their outfit. Though, much like most other notails, they seem to wear the same type of outfit all the time, theirs is distinct in that it is not a plain grey shirt and pants with their number - part of that being because, of course, that they don't remember their number at all.

Hero can always be seen with a red scarf wrapped loosely around their neck, and a rainbow-lined, transparent jacket revealing the grey shirt upon which a flower is emblazoned underneath. Their pants are of a dark blue material, a heart fashionably trimmed out of some kind of hole on the upper leg, and their shoes are a very glittery gold, with pointless wings sprouting glitzily out of the laces.

This fashion is mostly lost on the other notails, and honestly on Hero themself as well. Just about one of the only reasons they don't seem inclined to change their outfit is because its distinctivity means people recognise them more easily with it, and so are more likely to approach them for help. (But it being comfortable certainly doesn't hurt, either.)

Hero's mask is that of a white dog, with a long snout and eyes that always seem to be happily closed.

Though Hero is a notail, many will find that they do not act like one in any way; so much so that it seems hard to believe that they even are one at all.

For one thing, every little offense that would concern a normal notail - wearing normal, plain clothing, for example, or disdaining the amalgamation of flesh with metal - is a complete nonentity for them. Even when reintroduced to these concepts by other notails, they simply don't seem to care, and find it a very pointless thing to worry about.

There is something that Hero does care about, however. This is namely saving people, helping people, and assisting people any way they can. They are nothing but a hero, after all. They don't have a purpose, a life, a being without it. It's the only thing that they are.

Perhaps correlated to that, Hero is quite friendly and open, doing their best to seem approachable and even speaking only in gentle, calm tones. They have never been recorded raising their voice, and seem to be always smiling. This is the single thing they do that does resemble the typical notail, as a matter of fact - but even this smile appears specifically engineered to be as calming as possible.

Docile and sweet, kind and genuine, Hero may not have a background to build their personality on, but they've grown into a very generous being nevertheless. It's no surprise that it's so very easy for them to make friends wherever they may go - and a good thing, too, for someone who plans to overthrow a notail leader surely needs all the help they can get.

But there may be a little more to them under the surface than just that.

Just annoying O-6 puts your family and friends at risk. In order to hunt him, to actively go after him and plot his death, one has to be willing to pull through regardless of anything he threatens to do. Hero has already seemingly erased their own memory in order to overcome that problem. Who knows what else they might be willing to sacrifice, when push comes to shove?

The proper history behind Hero, if it had ever existed in the first place, is knowledge long lost even to the notail themself.

What is left is simple.

The earliest memory Hero has in full, disregarding irrelevant snippets that even they know are not truly memories, is regaining awareness of their surroundings to a relatively plump marsue lazily watching them, picking their teeth free of food. Hero was the end result of a deal sealed before their time - one surely of their own volition, for it was their own handwriting that was left upon the one thing they had in their inventory: a picture of a notail in a black-and-gold mask, and the note on the back informing them of their sole purpose in their new life. To "be the hero."

Whoever they had touched down on Besplanet as, they had come out of the marsue's homeworld as a complete stranger - just one more of many that couldn't handle their past, the guards surely assumed. But Hero had hollowed themself out for a far greater purpose than just a new start.

Returning from their voyage into obscurity as a shining beacon, their return saw them on Eukaryote simply familiarising themself with their fellow notails again - asking about the identity of the one they sought to hunt, though they had not specified such yet, and assisting the petty problems of every G-class and otherwise that had one, learning their way back around notail society again as they did.

Considering how indifferent most notails are to others' troubles, and their predilection towards survival of the fittest, this would have stood out even if their clothing hadn't - and even if they didn't declare their intention of saving the world from notail leader O-6 once they felt they had a good enough grasp on the way the universe worked again, with their antenna and sights set directly on his distant tower.

For them, there's nothing to fear. It's just a matter of finding their way there.

Just a Tool: Hero finds no inherent value in their own life whatsoever. The idea of dying does not scare or intimidate them in the slightest - so long as they have managed to achieve their life's mission, or done their level best, they would gladly allow themself to be put down. Even the idea of being killed prior to that doesn't seem to bother them quite that much, as the thought makes them seem more mildly annoyed than anything. They would clearly rather allow themself to become a sacrifice than to have others be put in harm's way for any reason.

• Some suspect that Hero never truly had a past that they lost, but was instead a notail especially created by someone to be the perfect pawn to sacrifice in the name of killing O-6.

• The outfit that is considered eponymous with Hero themself appears to be just clothing they threw together from offerings to the marsues that the marsues themselves couldn't fit into.

• Hero doesn't in any way seem concerned about their lack of memories, or what family and friends they might have had prior to losing them. While understandable considering who they have outright stated they are planning to kill, the fact that they don't seem even slightly regretful about this is unusual.

The biggest barrier to Hero's quest isn't so much that it is difficult to find O-6, as everyone knows what planet his tower is on; it is rather that they keep becoming distracted at every point they stop at by helping every individual that asks for them. 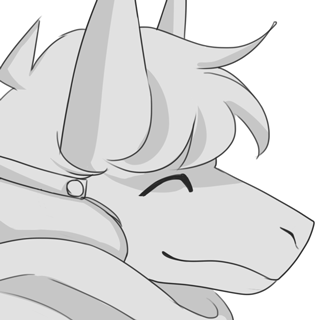 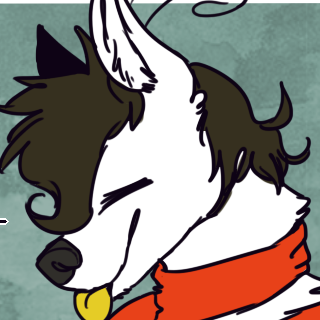 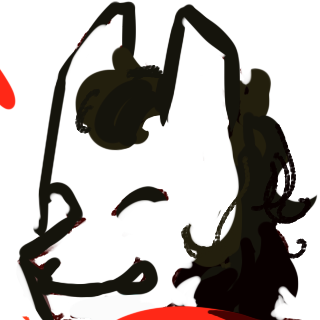