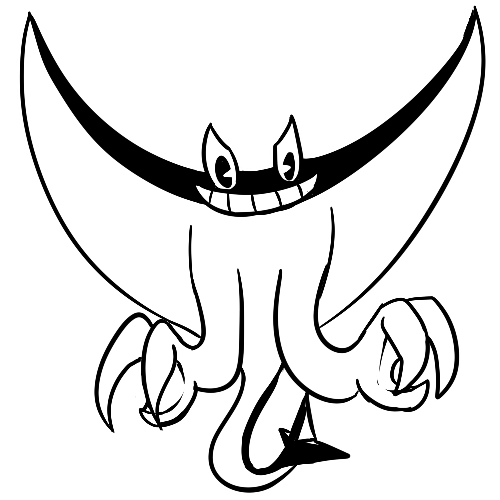 Attack Method: Waits until its prey is unaware, then swoops to carry it off and drop it from a height. 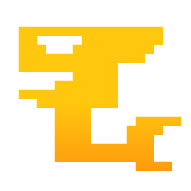 Chittakri, also known as hangliders, bear a passing resemblance to sea angels and manta rays with their flat bodies, broad wings and long tails tipped by a rudder. Their white underbellies make them nearly invisible from below against the white Didni Wurl sky. Commonly populations on other planets will adapt over time to match the sky colour there as well. From their undersides dangle two long legs, each equipped with three long talons. Their forward-facing eyes protrude upward from the front of the body. Between these spreads a grinning mouth.

Hanglider children are nearly impossible to recognize as being from the same species. They are hardly a millimetre long and diamond-shaped with one large eye on top and one on the bottom, much like miniaturised flounder.

Incredibly light, they drift on winds and settle on treetops and bodies of water on the rare occasion that the sky is calm. Flocks of them can be seen riding the frequent tornadoes and cyclones that plague Didni Wurl. On other planets with less extreme winds they have developed more powered flight.

A hanglider will lay a clutch of eggs as a sticky, fist-sized mass that it will attach the underside of a tree branch or ledge. This it will give up its nomadic life to viciously protect for three weeks. It is the job of the non-laying parent to bring back food for the protector. When the eggs hatch at last, hundreds of miniscule young burst forth, small and light enough to be whisked into the air by the slightest breeze and distributed far and wide. The parents are then free to leave them. Usually a mated couple will stay together for the rest of their lives.

The young of the species are possibly even more dangerous than the adults. If inhaled by a living creature they will move through the body to the stomach, where they create a protective cocoon attached to the inner lining. Through this they absorb nutrients from the host for up to three months as they grow like a tumour to near their full size, when they will use their talons to tear their way out of the host. This is usually fatal. They will then do the rest of their growing themselves.

Those not fortunate enough to find a host to feed off will bulk up on food for a few weeks until they have enough stored to form cocoons of their own in hidden places. They die much more frequently than those lucky enough to parasitise.

• Rumours abound of some places that have managed to tame hangliders and use them as air transport.

• Some restaurants boast of serving baby chittakri as an extremely expensive entree due to the difficulty of making them safe to eat.