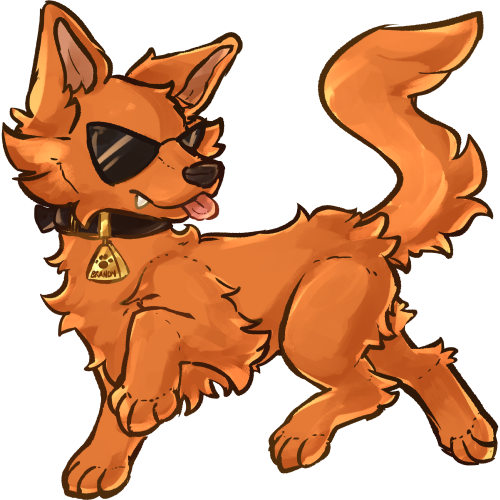 Likes: Being a dog, Fetching the ball, Barking, Sleeping, Mors
Dislikes: Conflict, Being awake, Cats
Attack Method: Somnus does not attack, instead he allows the attacker to come to him. If the attack dares damage him, Somnus knows he has already won. Uses larger body to overwhelm and crush attackers.

The Somnus ship has been removed from the game. Please await future updates for a new one. Do not attempt to spawn in a Somnus ship nor ask Somnus where his ship is. If you spot a Somnus ship in game absolutely do not enter the ship.

[Calm] Neutral trait
This character tends to be calmer than most and is slightly more likely to be able to calm down faster in tense situations and clear their mind.
[Never Panics] Positive trait
When situations come at this character, they remain calm and collected. They are able to think clearly in nearly all situations.
[Boring] Negative trait
This character is just boring to be honest. Nothing to see here. Most people will lose sanity just hearing them drone about a subject.
[Extreme Hoarding] Negative trait
This character is an hoarder to the highest level. They may or may not be aware of how much their hoard has taken over their life and if they do know they simply do not care or feel they have gone too far to go back. This character will become very distressed if any bit of their hoard is taken with or without their permission. While this character will regain both sanity and morale when with their hoard due to it being commonly a safe spot, they will suffer heavy damage to both if anything is taken. They will also likely take up a lot of space with their hoard.
[Frequent Sleeper] Negative trait
This character will fall asleep frequently, and commonly these "naps" are unplanned.
[Passive] Negative trait
Characters with this trait are unlikely to take initiative, and only do things when asked. They may prefer to stay away from action even in lieu of helping their team, and need to be specifically asked to do things that may seem like automatic or obvious responses to some.
[Metronome] Ability trait
At random points each day, the character with this ability will randomly receive an item in their inventory of worth dependant on that character's luck stat. If this trait is on a pet, that item will either be deposited in the owner's inventory, or the pet's inventory if it has an inventory system.
[Extreme Cosplayer] Mystery trait
You're a little too in character.

Somnus adds 10+ carrying space to any species that is his consort.

Describing the outside of a Somnus is extremely difficult as almost every Somnus looks different. Most Somnus units have an overwhelming feeling that they were never meant to be robots or AIs but instead real living beings. As such, nearly all Somnus units dress in a variety of types of outfits to look like what they feel they are. Most of this ends up being a fursuit of some kind.

Without their fursuit on, most Somnus units are a mashup of limbs and parts all tangled around an item ball; they take out and put in parts as needed. The item balls of these Somnus units has an overwhelming amount of space.

Somnus units commonly act like whatever animal or species they are mimicking/feel they are. Somnus units understand that they do need to work to support themselves or others, thus Somnus units have both a home and work mode.

In work mode they are very serious and show little emotion. They end up very straightforward about what they think and what they want done. While many would take the way Somnus units act harshly, most of the issue is dulled by their fursuits. Unfortunately for the Somnus units, even while working many cannot take them seriously no matter what they do. This commonly ends with an adorable-looking Somnus attempting to yell at the person not taking them seriously, which sadly just digs them further down their grave.

When a Somnus enters home mode, they automatically begin acting as the animal or species they feel like they are. Many Somnus units do not live alone and thus this action might bring them unwanted attention. Some Somnus units are forced to always be in "work mode", which can highly stress them out.

A stressed-out Somnus tends to be very despondent and moody, commonly speaking harshly about the universe and the people around them. They tend to be snarky and sarcastic, sneaking in insults whenever they can.

When a Somnus feels accepted, they tend to be extremely loyal and kind, willing to fight to the very end for their friends.

Somnus units are normally just item carriers due to their large storage space. Somnus units are like having a pet with an item ball, just without all the pet mess. Most Somnus units tend to want to do bigger and better things than just carrying people's junk but most will never get further than that.

Many have realized a rather cruel usage of Somnus units; turning them into reusable pipe bombs. When a Somnus fursuit is taken off, the items they hold normally come pouring out. The more items in their inventory, no matter the weight, the faster they exit from it. Some use this fact to their advantage, stuffing large amounts of small glass and sharp pieces of metal into them.

Once this is done and they have found a target, the Somnus is released to head to the target before a small detonator rips open their fursuit and unleashes the now fast-moving projectiles.

Mors: Mors is Somnus' younger brother, or at the very least Somnus and Mors pretend to be. Mors loves being around Somnus even if Somnus will at times pretend to not care. Mors always treats Somnus as if he's in home mode until Somnus asks them not to. Somnus is Mors' assistant and does any work they might need, including fetching papers, organizing, finding the ball, stopping flying discs from hitting the ground, burning the dead, digging up bones, and more. Somnus sometimes gets confused about what tasks are games and which tasks are actual jobs, causing him to sometimes take fetching sticks as a serious matter.

Hermes: Somnus waits for Hermes to throw the ball, but Hermes never does.

Thanatos: Somnus feels that Thanatos is far too loud, and as such Somnus hates Thanatos.

Hypnos: Sometimes Somnus sleeps on top of Hypnos' head, not that Hypnos ever notices due to how much Hypnos sleeps.

Helios: Somnus enjoys having long chats with Helios about the many events in the universe. Helios understands how Somnus feels.

Hades: Somnus rather likes Hades. He really doesn't have stronger opinions on him past that.

Persephone: She gives the best pats.

Somnus controls the inventory system. Without him, inventories would begin to break down and many people would have to hold their items by hand. Somnus is also a piece of furry trash. Contained in him is the most vast inventory system in the universe. This inventory system automatically cleans up garbage data and contains it. This garbage heap is bigger than most stars. When Somnus' fursuit is damaged, the heap will begin to spill out. The only true way to destroy Somnus is to break the item ball in the middle of him; as that item ball is covered in a star-sized mound of trash, this task is almost impossible.

Somnus does not grant anything for being the player's patron other than the fact that he will appear at the start of the game as the crew's pet. Many of the harder-to-befriend gods are easier to befriend with Somnus as a patron.

Somnus godheads tend to take the shape of an animal, either physically if their a morphing species like the tildes, or via a costume, though this does not always happen. A Somnus godhead gains 20 more inventory space as well as the power to draw attention to or away from itself. If a Somnus godhead has enough time, they can read a poem to put people to sleep.

• Despite how moody they seem to be, Somnus units actually do not seem to be overly sadden by their existence, in fact their attitude can best be define as, "Accepting of the situation, though slightly displeased. Will meditate, and reevaluate place in the universe later."

• While Somnus are pacifist by nature, always looking to solve issues without fighting, they will spring in to action whenever their Mors, or anyone apart of their family is attacked. On a strange note, because Mors aren't created, Somnus do not start with a Mors. If a Somnus does spot a Mors without a Somnus they will be quick to adopt them and take them back home without the permission of the home owner. It is unwise to own a Somnus if one doesn't want a Mors around.

• If one goes through all of the work needed to remove a Somnus' fursuit, and all the extra metal it contains, one would find out that Somnus units actually look like skeletal Mors units. 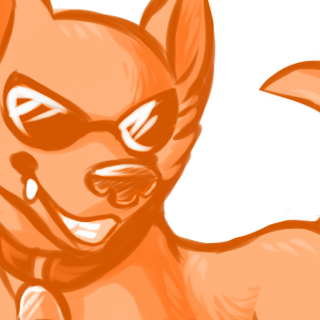 -Back to AI Menu-
< Selene
Thanatos >