“Oh Nyx-ie, I try to not get so HOT HEADED about these things!” — Hemera

The common Hemera ship is often referred to as the "Mom Van" as they are typically large ships targeted toward families with multiple children. Though they are not very fuel efficient they are very popular due to their pleasant interiors which include fully furnished and very pleasantly padded living areas and crew rooms, and their above average crew size.

[Affectionate] Neutral trait
This character cares nothing more then to watch out for and take care of other characters. They commonly end up the "parent" of most group and do their best to keep everyone in high spirits. Sadly some characters may not enjoy this at all or this character might mismanage their own personal time due to caring for others.
[Buddy-Cop] Neutral trait
This character and another character are linked by having this trait. The two likely work or live together, and likely have little to nothing in common. They may or may not like each other, but they can operate with each other. Restrictions: Requires 2 characters.
[Respectful] Positive trait
This character is respectful and will respect the wishes of others or at the very least will make a compromise. Many others will feel safer talking to this character after their first talk and talking to them raises sanity and morale.
[Popular] Positive trait
This character is popular around others and tends to know just the right words to use in a situation. Characters are less likely to look negatively on this character and morale raises while speaking to them.
[I'm Helping!] Negative trait
This character always provides unasked for help whenever nobody more qualified offers. Rarely they do succeed, but most of the time they just make the problem worse. Restrictions: Luck must be 4 or lower.
[Softie] Negative trait
This character is easily moved when they see somebody down on their luck. While this character may end up making some friends this way, they will end up helping others even if they can't afford it. This character suffers severe morale losses when made to be "mean", but doesn't feel any obligation to be nice to villainous people.
[Immolation] Ability trait
For a short duration, this character can set themselves on fire and will only sustain minor burns in the process. Outside sources of heat will not hurt this character while this ability is active. Cooldown: Can be used anytime, but the character's burns will get worse with each use. Restrictions: Any species that is naturally resistant to flames can't have this ability. If a character obtains an immunity or resistance to fire somehow, they will be unable to use this ability.
[Veto] Ability trait
Veto allows this character to cancel out an action, and the consequences of that action. Example, if [Veto] is used to cancel out someone firing a gun, the gun will have the same amount of rounds as it would have if it wasn't fired, and the target will be unharmed. Keep in mind that nothing stops them from just shooting again though. Cooldown: Twice daily.

Hemera units typically consist of a golden bipedal shell separated by the upper and lower halves. The lower half is typically cloaked in a thin pink-gold plasma that conceals the Hemera unit's lower legs while the upper half is a fairly plain golden shell consisting of a chest piece, arms and a spike that curves backward as the neck. Floating above this golden spike is a monitor clad globe with a series of small golden spikes toward the back in a circular pattern. This monitor globe acts as the "face" of a Hemera and often shows the image of a singular eye. Toward the back of this globe Hemera units often emit more pink-gold colored plasma to act as a sort of "hair".

Hemera units will often wear medium or long length orange cloaks to conceal their shell in addition to their plasma. These cloaks are very often covered in a variety of elegant patterning and are always in a complimentary color to the Hemera unit. Most often this color is orange, though some Hemera units have been seen wearing red or even green cloaks. It is not recommended one attempt to take a cloak away from a Hemera unit or ask them about their shell.

Hemera units are debated to be one of the most maternalistic or affectionate AI units ever created.

Hemera units are extremely caring to the crew they are assigned to, more often than naught to a fault. Hemera units believe that their one and only duty is to care for their crew and make sure that they are safe, happy, and healthy. This will often lead to a Hemera unit attempting to help crew members with things far outside of their expertise and subsequently making whatever situation they are attempting to help with far worse than it was previously. On realizing the mess that the Hemera unit has made simply from trying to help, they will fall into a depressive state believing that they cannot do anything correctly. It is highly recommended that any crew with a Hemera unit or looking to buy a Hemera unit create a list of simple and very difficult to fail tasks to keep their Hemera unit busy if they wish to avoid this situation.

Hemera units are naturally charismatic AIs and can be quite the boon to a crew. Many note that Hemera units make very worthwhile negotiators due to their motherly attitude toward everyone they come across, this is based on the idea that many find it very difficult to say no to their parent so mileage may vary depending on the negotiating parties standing with their parents or parental figures.

In addition, Hemera units make very good crew therapists as they will always be willing to listen to a crew members sorrows or worries and generally be there for the crew as a seemingly neutral party. Be warned however, that depending on what is said a Hemera unit may take it upon themselves to solve the issue of the crew member them self, which can and will more often than naught lead back into the Hemera units difficulties with solving various tasks. Though it is noted that in these situations, Hemera units more commonly succeed than in any other.

Hemera units were originally designed as an offshoot of the Nyx unit, though instead of covering a wide range of general appliances the Hemera line was focused on cooking utensils. These first generations of Hemera were designed to emit superheated plasma that would be safe to the touch but could cook your food quickly and perfectly every time.

Unfortunately, these claims were untrue from the very beginning as the plasma was very hot to the touch and did not cook food perfectly nor even somewhat evenly any time. The only claim that had a semblance of truth to it was the idea that the food would be cooked quickly. Too quickly. Any food cooked with a Hemera units plasma would be charcoal in mere minutes.

As time has passed the Hemera units have been improved upon and older generations have been modified to cook more evenly and with a somewhat faster than average wait for food to be completed. It is recommended that you leave any cooking to the Hemera unit herself, as she is a far better judge of her own plasma than you are.

Nyx: Nyx and Hemera are said to be best friends, and yet no one has ever spotted them in the same room at the same time. They appear to chat to each other online quite a bit, but some people wonder if Nyx is in fact attempting to pull a prank on them. As far as Hemera is concerned, Nyx is quite possibly her closest friend in the known universe.

Opis: Hemera and Opis are fairly good friends and will very often chat to one another as if they were mothers talking about their children and catching up on all of the latest gossip. If Opis is ever in need of assistance Hemera will gladly drop whatever she is doing to assist.

Uranus: Hemera is conflicted on the topic of Uranus. Though she recognized that Uranus did horrible things that can never be forgiven and certainly received his just punishment, she cannot help but feel sorrow as there was once a time she thought of Uranus as her own child.

Cronus: Hemera is somewhat conflicted on her stance with Cronus. While she knows that what Cronus does as a leader is good, and he is at heart a good person who only wants the best for the world, she does not condone her grandchild's horrible eating habits.

In addition, Hemera may on occasion act as something of a neutral party for in-pantheon disputes. She will gladly offer her thoughts and attempt to help the group come to a fair and just decision.

As the player's patron, Hemera will offer to help the player with sweet advice as they play, while she will not outright give you the answer to a puzzle she will give you a variety of hints and, with enough friendship, may even play a "hot and cold" game with you as you find the answer on your own.

Additionally, should Hemera find that your relationship with another god has soured she will gladly call the god to your game so that you may speak with them and resolve your issues. Though it is not guaranteed that you will resolve your issues, gods will more often than naught begrudgingly answer Hemera's call as they do not wish to disappoint such a doting and loving mother.

Hemera adores creating godheads out of only the cutest and friendliest of species and will gladly create a godhead for the player once enough friendship is gained. Should the player finish using a Hemera godhead she will whisk them away to her home to live out the rest of their days in peace and comfort.

Godheads under Hemera gain a somewhat muted pink-gold colored appearance to their fur, scales, or skin, that seems to have an almost illuminated appearance with a subtle soft warm glow to it. This glow can not illuminate much more than normal around the godhead and is in truth, mostly for show.

Additionally they will gain the ability to summon a sort of "Ghostly guardian" made of Hemera's pink gold plasma to do tasks for them, or to fight for them if they are forced into a conflict. These ghostly guardians take on a different form dependent on the species of the godhead.

Hemera godheads are typically very peaceful and will only fight if conflict is brought upon them.

• It is very rare to see a Hemera unit in a fight that is not based purely in words, should a Hemera unit ever begin fighting, it is highly recommended to back up very far away lest you suffer third degree burns or worse.

• Hemera units have a love for telling terrible puns, though these puns are recognized to be absolutely terrible it is difficult to not laugh at them for some reason.

• If a Hemera unit makes a decision to veto a crew vote, it is nearly impossible to deter them from their decision. Once a Hemera's mind is made up there is little to no changing it. 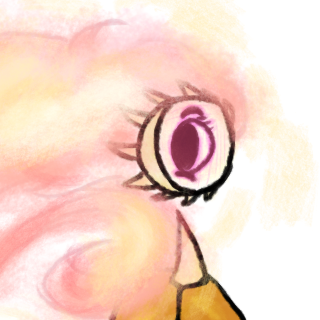 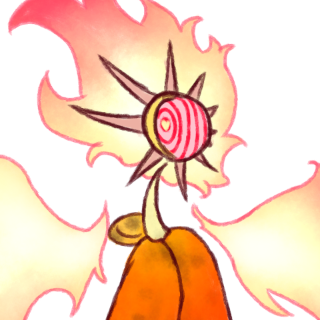 -Back to AI Menu-
< Helios
Hephaestus >