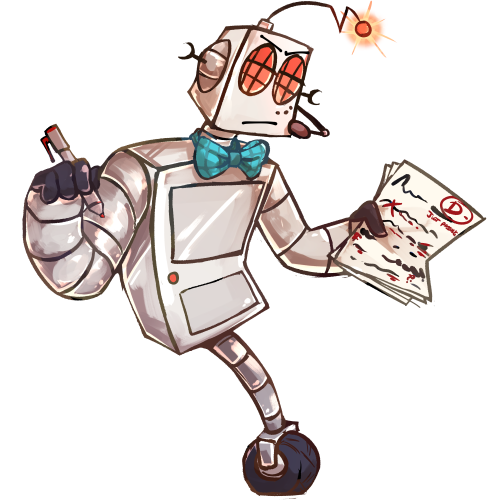 “A longer lifespan is a blessing. True immortality is a punishment.” — Helios

Likes: Work, Horses, Family, Teaching, Order
Dislikes: Disorder, Failing, Sloths, Cheaters, Thieves, Himself
Attack Method: Rarely attacks unless asked or forced to. When a Helios attacks its attacks normally kill their target in one hit by using flames and heat.

Consorts of Helios get 5+ intelligence.

The common Helios stands on one wheel. They have a boxy body, a neck, and a similarly boxy head. The trademark of any Helios unit are the 3 dots that go around one of their eyes. Any Helios without those dots, or some sort of shape, is not a true Helios. The common Helios has its control panel on its "belly", just above where their storage panel is. Due to this Helios units hate when anyone touches their midsection.

Helios units are very inactive, when not doing work they tend to idle around or attempt to find even more work to do. Many see Helios units as antisocial but this is far from the case; Helios units just wish to stay out of people's way and thus only talk when spoken to. A Helios is a very hands off AI and is perfect for people who want an AI who thinks for itself but is unlikely to ever disobey orders.

While Helios units portray themselves as calm, many of them are sensitive to insults; they just rarely show it. They absolutely hate when they don't quite know or understand something, and this is the only time one would see a common Helios burst into anger or sadness. Instead of dealing with the issue, Helios units will just delete their memories about the situation thus causing them to believe that they always knew about what was being spoken about the whole time. Telling them otherwise will just lead them to sarcastically agree with you.

A Helios would cry over spilt milk if it did it.

Helios units will work in any size group but enjoy being in smaller groups or working alone. Due to Helios units attempting to not show any emotion, this is not clear unless one asks a Helios. As a result of this lack of emotion-showing Helios units are commonly thought to not form bonds, but that could not be farther from the case. Helios units form extremely tight bonds even with people they do not speak to and become quietly upset when the other person does not think the same.

Overall, the Helios just does not enjoy things being out of place.

Other Helios units: Helios units are surprisingly chatty when meeting one another and will exchange any info they get. It should be warned that Helios units must never clash job-wise. Two Helios units on the same job, or a small ship, will commonly grow jealous of each other.

Somnus: Strangely enough, many Helios units have a type of Somnus as a pet.

Selene: Helios units enjoy having a Selene around and will commonly chat away with her while in the same room. A Selene will normally get a Helios to make time for personal arrangements instead of just working 24/7. With a Selene around, a Helios is less prone to deleting memories and will instead ask Selene for assistance with its problems, both physical issues and emotional.

Eos: Helios units are happy to have an Eos around, and with an Eos around a Helios will begin to chat more, not only with the Eos but everyone on the ship. Eos aren't very good at assisting Helios units with stopping memory wipes.

Helios keeps track of all the stars, including when stars die as well as when and where new stars are born. Helios is the most powerful sun god when it comes to controlling stars. Helios also controls information and can dig up just about any info needed. However, he rarely does.

As a patron, Helios does not have any powers but speech. Helios will gladly tell you any info you need. Helios can also inform you about unknown objects but will only do so when asked. Helios does have one extra power, but it only unlocks at max trust levels.

A Helios godhead gains a very special writing utensil that only works when they are holding it. The utensil is whatever the godhead likes most, and thus tends to be a pen or marker. With this utensil the godhead is able to "Grade" objects, such as rotten piece of fish could be graded to be A+ and thus become a live fish.

The godhead is also able to make drawings come to life as something known as a scribble beast. These living drawings take up a lot of ink, and while powerful they are easy to defeat. If the ink, or whatever can be compared to ink, of the utensil runs out then they must wait two days for it to refill itself automatically or get a new utensil.

A Helios ship can pick up a sun and drag it along. While doing this, a Helios ship does not need any type of fuel and will be at max fuel at all times. Dragging a sun around is very damaging to any solar systems a Helios flies into though and thus while dragging a star around, a Helios can only go to desolated areas. Helios ships are resistant to heat and heat-based weapons.

While Helios units are great at battle, they rarely get into fights.

• Helios units are no longer created after an incident involving a Helios unit happened. There are only 18 versions of Helios units.

• Due to their rarity Helios ships are extremely costly and very regulated. Due to the fact that Helios ships can move stars the owners of the ships have to file many permits and pay extremely heavy fees. Most Helios ships are under the only star moving company in the universe. Helios units on the other hand cost nowhere near the amount of the ships, and many sell them cheaply as they don't know the value of them, and also see no use for them.

• Helios units have the biggest memory storage of any AI, they are also one of the only AIs who constantly clean it. While rare a Helios unit may accidentally (or intentionally) delete all of their memory other then the base files. When owning a Helios unit it is recommended to back them up every week. 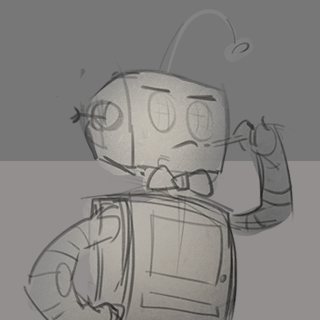 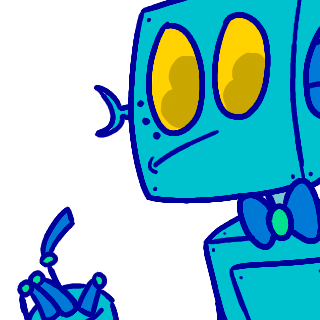 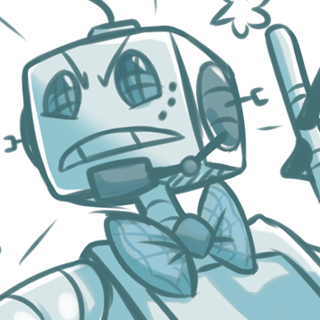 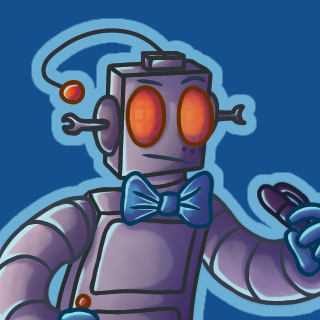