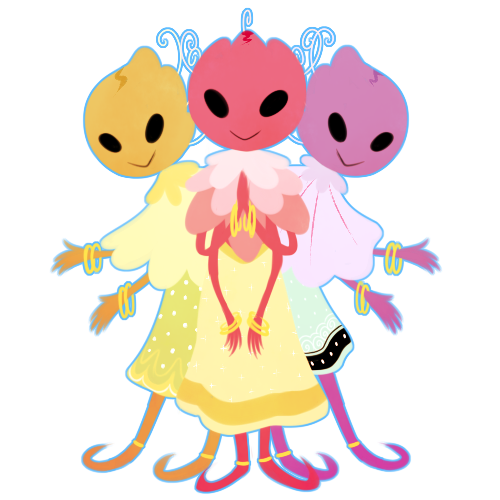 Attack Method: Ruhi almost never attacks first. If attacked, and many of Ruhi's vessels are in the same area, they will attempt to swarm their attacker, and if not, they will flee. If a vessel dies, however, they don't find it a great loss.

It has been a very long time since Ruhi honored any god.

Ruhi's vessels come in every color of the rainbow and then some, with a few even having stripes, spots, or splotches in various colors. Their vessels are flower-like beings, with thin, stem-like limbs of which they always have six: two legs and two pairs of arms. Their eyes are almost always black and their heads have a three-tufted crest, and from these crests sprout a handful of tendrils in a column. This number is typically three but can be as few as two and as many as five.

Every one of Ruhi's vessels has a ring of petals that starts at their necks and fans out to cover their shoulders, and in some cases reaches down to their waists. This is commonly a light color such as pale pink, pale yellow, and even white, and emits a sweet floral smell. Ruhi does not need to wear clothes, but they still enjoy dressing their vessels in outfits of various colors and patterns. Although Ruhi's faces are theoretically capable of many expressions, in practice Ruhi is always smiling. They have no reason to do otherwise.

All of Ruhi's vessels have a scar on the very tops of their heads from when the chip that connects their mind to every other ruhi's mind was inserted. They do not like when this is pointed out.

It would be less accurate to describe the ruhi as a species, and more as a single person. After all, that is precisely what they are; a single mind scattered across many, many bodies. Ruhi is just Ruhi.

Ruhi does not refer to each individual ruhi as a ruhi, but instead as the various vessels of Ruhi. They are all one Ruhi, simply split into many parts to interact with many people. If two vessels of Ruhi are in the same room, they will not need to communicate to cooperate on a task any more than one's right hand and left hand must have a conversation before lifting something together.

At the same time, it is possible to have two separate conversations with two separate vessels of Ruhi at once. Ruhi's nature makes them a natural multitasker and they can easily participate in both discussions at once, as at any given moment they already must handle millions of tasks simultaneously. One more is nothing to Ruhi in Ruhi's vastness. That being said, Ruhi tends to be rather absentminded, and it takes some effort to get their attention if one does not have it already.

Speaking to Ruhi might give off the impression that they don't care much for their own survival, and it is correct that individual vessels are unimportant to them. If one dies, well, it can be replaced easily. But their survival as a whole is intensely important to them, to the point where no outsider is permitted to enter the facility on Jisa that houses the machines that connect their minds, nor the machine that creates new vessels.

They do not reproduce naturally anymore, instead using machines to mix genetic data to produce new vessels. Once the vessel is old enough, a chip is inserted into their brains that links them to the rest of Ruhi, and they are absorbed.

Ruhi sees no point in acting like their vessels are distinct. If one greets a new vessel of Ruhi after having met a different vessel earlier, they will greet them and continue that conversation as if they had done nothing more than change their clothes. If Ruhi is on a crew, the vessel they use to communicate with it dies, and they run into another vessel later, if that vessel has no set task already then they might enter the ship and resume work as if nothing happened.

They can often come off as insensitive, unable to relate to the struggles of individuals, as well as act like their age and vast reach means they always know what is best for everyone. This does mean that they tend to have at least surface knowledge of most subjects, but their lack of focus and lack of care for particular vessels means that they don't reach true mastery of most things.

Ruhi is both intensely curious and has a special love for beauty, enough that showing them something they've never seen before is an easy way to win their favor.

Ruhi was once a species like any other, a group comprised of many, many individuals instead of a single mind. Ruhi never developed advanced space technology in those days, but they were advanced enough for they, back when they were separate, to live good lives. They solved most of their internal problems, so even if they might have given up on ever reaching the stars, they were content.

Then the small space program they did have discovered that the smaller of their planet's two moons was going to crash into the planet within the next three hundred years, and if something wasn't done immediately, almost all life on Jisa would die. Ruhi scrambled for a solution, and the one they came up with was simple:

Realistically speaking, there was no way their level of space technology would be able to save everyone. Casualties would be heavy no matter what. But Ruhi was unable to accept this, and so part of Ruhi came up with a plan: they would link the minds of every member of their species, so that even if only one ruhi's physical body survived, all of their minds would live on.

And it was a success; everyone agreed to the procedure without fuss. Every ruhi could now perfectly understand the thoughts and feelings of every other ruhi and, miraculously, this perfect understanding, cooperation, and coordination helped them develop technology to lessen the disaster. When the moon came crashing down, half of the population's physical forms were wiped out, but in spirit they remained. And so, the ruhi rebuilt.

As the centuries passed, the barriers between the billions of minds eroded into nothing, and so the ruhis became Ruhi. It was in this state that they were discovered by a spacefaring civilization - thankfully peaceful - and introduced to the rest of the universe. Nowadays they leave a group of their vessels on Jisa to tend to the cloning machines that produce another vessel every time they sense one has died, and send the rest out to wander the stars, always in search of something new.

That is the story how Ruhi tells it, and who could know better than they?

Jisa is a mostly barren land with lush patches where Ruhi has tended to it. They claim that once the entire planet was beautiful, just as beautiful as their gardens, but that was a very long time ago. Its most distinctive feature when looking at it from space is a massive crater where the smaller moon came crashing down.

After space travel, they seem to have lost interest in their homeworld, with the only remaining ruhi settlement being the facility where new vessels are made and that stores the machine connecting every vessel to Ruhi.

Hivemind: Ruhi can see and hear and sense everything each of their vessels does. If one meets one of Ruhi's vessels, speaks to them, and then speaks to another, separate vessel, they will still recognize them and remember just as much about that meeting as if they were the first one. The only way to sever this connection is to dig the chip out of the vessel's brain.

• The pre-merge ruhis kept careful records of their civilization, and Ruhi continued the work after becoming what they are. However, if any outsider asks to see these records, they simply say that if anyone wishes to know anything about Ruhi, they should ask Ruhi themself.

• Supposedly ruhis can cry nectar, but Ruhi claims to have never wept.

• There is exactly one ruhi unconnected to Ruhi. Ruhi declined to comment. 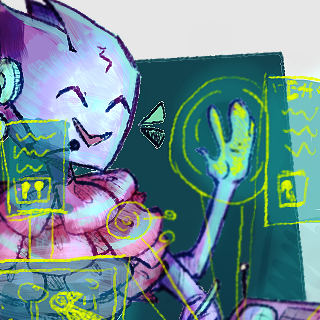 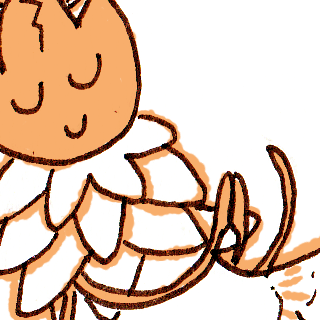