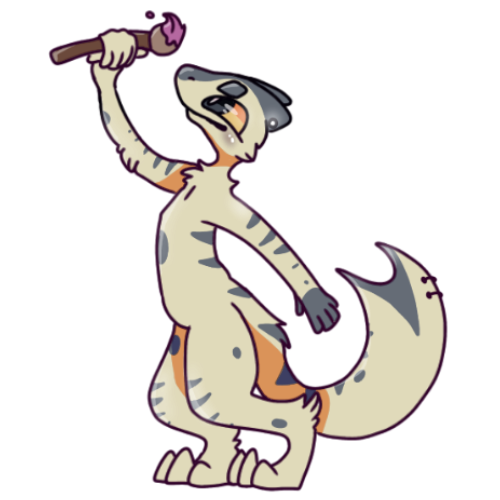 “Aw hell, what was I on when I made this?!” — Kieran Hooktail, famous ethraol artist

Attack Method: Moves in zigzags while snapping at opponents with their jaws.

Ethraol are not known to worship.

Ethraol are typically cylindrical in many of their features, such as their body structure. They have short, nubby ears that face backwards, and different tails depending on the areas they originate from, due to physical adaptations.

Their noses and fins generally have tapered ends, their tails have forked edges, similar to that of some aquatic species, and they are covered in long, glossy fur. They have both lungs and gills, and can use them with ease.

Jewellery and piercings are very common around ethraol, the shinier the better, sometimes even having bright lights within them.

An ethraol will analyze a person's likes and dislikes before making contact with them. However, this is not to say they get it right, and quite often make bad first impressions on people- but they are worth knowing for their kind natures.

They will often attempt to "protect" friends they have made, whoever it be from someone being insulting to someone attacking them. They also sometimes create gifts for them.

Many a humorous comment has been made by an ethraol at the worst of times, often resulting in a terrible consequence for themselves and others.

The ethraol were first discovered as tiny, fur-covered two-tailed eels, although where they were found has been forgotten by everyone. Many think it was Eukaryote, due to the quicker than normal evolution that occurs in fauna on the planet, but sadly they spread across planets so fast that it is impossible to be certain.

Briskaol: This ethraol subspecies is covered in smooth scales, rather than fur. They are also quite sarcastic.

Kreiol: Typically, Kreiol have oily, black eyes and bumpy skin. Their faces are longer than the common ethraol.

• Many ethraol make a living by diving into tanks of cold water, resulting in them puffing up while swimming.

• They have the ability to see more colors than the norm, allowing them to spot certain details easier than others. Some ethraol love leaving secret messages in colors that look distinct to them, but the same to most other species. 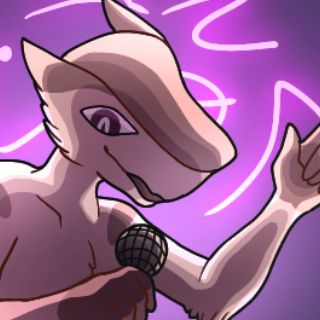